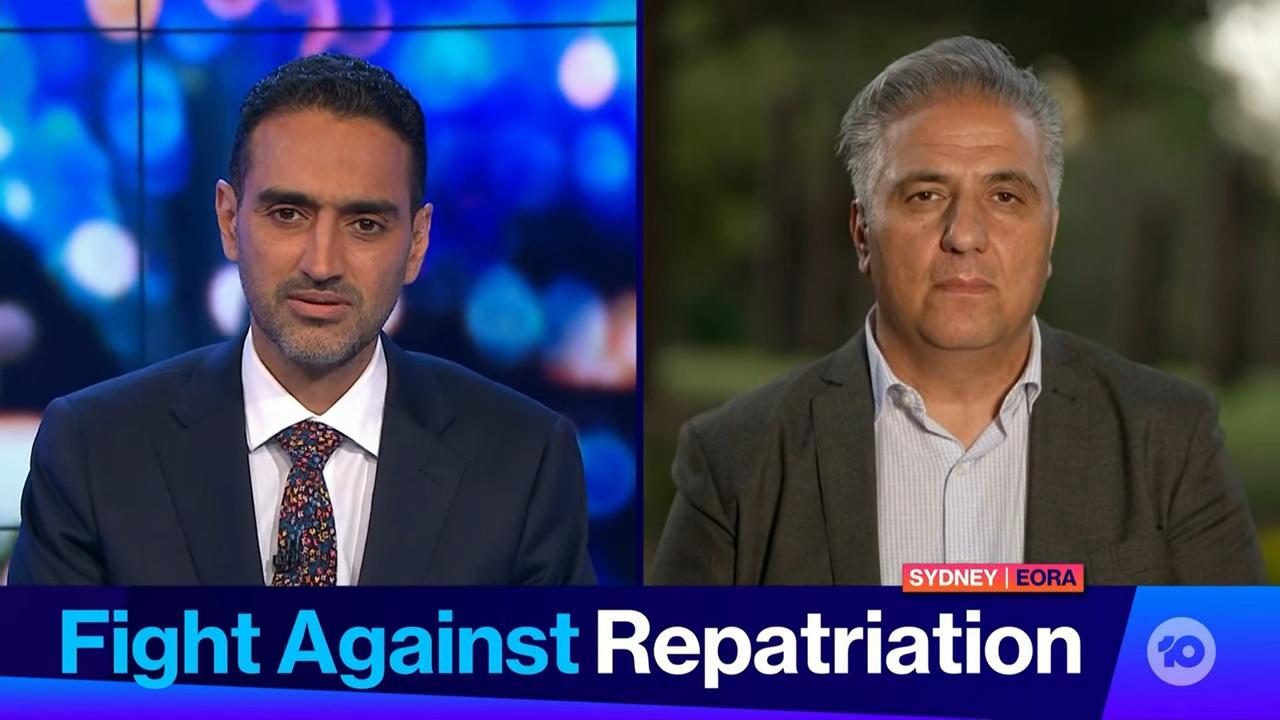 ‘Disgusted’ viewers of The Project have unleashed on host Waleed Aly after he repeatedly spoke over the top of a mayor voicing his anger over the resettlement of ex-ISIS members.

During an interview on Wednesday night, Frank Carbone demanded Prime Minister Anthony Albanese explain why his council area will be the ‘dumping ground’ for repatriated ISIS brides.

Fairfield City Council, in western Sydney, has a large contingent of Syrian refugees who fled the country to escape the terrorist group.

A foreign Mayor speaking to a foreign TV host presenting demands to a foreign PM that foreigners not be allowed to settle in his council because it is already full of foreigners.

Mr Carbone was repeatedly interrupted by Aly while he tried to explain how the resettlement of former ISIS families would affect these refugees.

Mr Carbone asked why the women and children couldn’t be moved to another area with a lower refugee population when Australia is a ‘very big country’.

Pay very close attention to what Mayor Carbone is saying. He is a foreigner who does not belong in this country, yet rather than state that these ISIS terrorists should not be allowed in the country in the first place, he just wants them sent to a place where there are less foreigners and more White people.

To decode his argument, he is saying:

This is the reality of multiculturalism in Australia – different ethnic interests compete for power, always at the expense of native White Australians.

‘Why is it western Sydney when we have tens of thousand of people that fled ISIS?’ he said.

‘They had traumatic experiences, very bad emotions, and this is a triggering event for them.

‘The least the Prime Minister can do is get out of his limousine and come to western Sydney and consult with people… we’re worthy of a discussion.’

Mr Carbone earlier argued Syrians who fought with Australians against ISIS terrorists were ‘more of an Australian citizen than anyone else’ – before Aly interrupted.

Mr Carbone fired back at Aly and accused the former ISIS members of committing treason under ‘Commonwealth Criminal Code section 80’.

‘Treason is when you leave your country and you aid and abet, doesn’t matter if you’re baking a cake or scones and assisting ISIS, you’re committing treason,’ he said.

‘Under that Act, you can have your citizenship revoked.’

Aly responded: ‘You’d have to convict them and then do that first though, Frank, and that hasn’t happened.

No, they should never have been allowed into Australia. It’s not our problem, these people should face the consequences of their actions..

‘You’re talking a lot about kids here, in fact mostly about kids. Would you leave kids in camps overseas when they are Australian citizens?’ he asked.

Mr Carbone reminded Aly it’s not his job to come up with solutions but to reflect the opinions of those in his electorate and focus on their wellbeing.

‘I don’t think (the Prime Minister) has taken into account the tens of thousands of refugees that fled their home, had their homes burnt back in Syria, have lost their loved ones, have watched a lot of their families be beheaded and burnt and have come and resettled in Western Sydney,’ he said.

Here’s the thing. Carbone isn’t any less wrong than Aly. Once you reject the idea that Australians are the progeny of the Anglo, Saxon and Celtic founding stock of Australia, there is no longer any definition of what it means to be Australian. All you have left is different ethnic interests battling it out on behalf of their ethnic constituents.

Carbone has no philosophical grounds on which to base his assertion that his constituents are “more Aussie” than Waleed’s favourite pets, because the definition of “Australian” in current year clownworld is ever changing and meaningless.

We shouldn’t be slugged with listening to two foreigners arguing over who has more right to be in Australia, refugees from a conflict on the “good” side or returning “citizens” on the bad.

None of them should be here in the first place.