Readers may well have heard of the horrific rape, torture and murder of Lola Daviet. Much like the Pakistani heritage gang rapists in the UK the French anti-White establishment tried to suppress the case although it’s now been taken up by patriots and discussed by nationalist politicians.

When young Lola went missing her father was naturally concerned. As caretaker of the apartment block they lived in, he looked through the security footage of their building. The camera caught Lola entering the building with a North African woman just before she went missing. The footage revealed the North African woman left the building with a suitcase 30 minutes later. The woman appeared to be alone.

The suitcase was found by a homeless man shortly afterwards. It contained the body of Lola who had been sexually brutalized, tortured, mutilated, bound and had “post it” notes with the numbers 1 and 0 written on them stuck to her feet.

The police hunted down the criminal. She was an Algerian national identified as Dahbia B. who was in France illegally. Dahbia was arrested along with other suspects including her sister. Dahbia had been boasting about selling body parts prior to her capture.

As the crime made headlines the French establishment was desperate to minimize the ethnic and immigration aspects of the horrific murder. They laid the blame on the mental health of Dahbia B. and a previous disagreement between the murderer and Lola’s mother. There were even preposterous suggestions the murderer had mistaken the 12 year old Lola for her mother who appears to be in her late 30s or 40s. 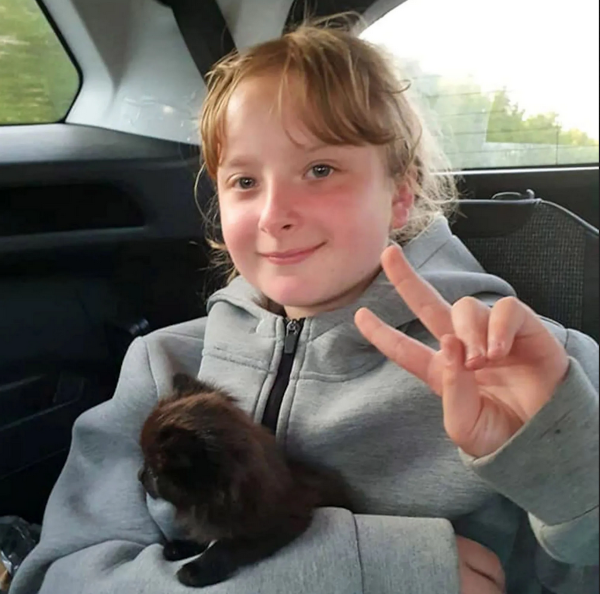 One possible motive the authorities were keen to keep quiet was that Dahbia B. thought Lola was a ‘zouhri’ child and ritually sacrificed her.

Much like the horrendous practice of killing albino children in sub-Saharan Africa for black magic rituals, some superstitious north Africans believe killing a special kind of child will lead them to buried treasure.

According to occultist Brother Abdur Rahman, zouhri children are defined by particular traits. The classic features of zouhri children include blonde, red or streaked hair, light eyes or eyes in some way remarkable, a horizontal line on the palm, and two whorls in the hair at the crown.

Lola was blonde and blue eyed.

Moroccan police and journalists investigated a number of cases where children believed to be zouhris were abducted by superstitious criminals eager for wealth and power.

Some of the occultists believe the children are half genie-half human and that they assist in revealing treasure when their blood is spilt on the ground. Others believe the zouhris are really genies who replace human children at birth. In Muslim related superstition genies are thought to be made from fire and guard hidden treasure caches.

Lola’s murder was anything but the typical revenge attack. It had sadistic, ritualistic elements in line with myths around zouhri children. Due to Lola’s European features she could easily be identified as a zouhri by someone who held such degraded superstitions to be true.

Though the police and the liberal establishment will focus on links between Lola’s mother and Dahbia B., it may be the brutal death of this innocent French girl has more to do with the ridiculous beliefs embedded in foreign cultures. Cultures that shouldn’t be in Europe in the first place.