What’s the difference between a Paki and a Nigger? A Paki will rape and kill your women, whilst a Nigger will kill and eat them.

It wasn’t supposed to be a joke and you’re not supposed to laugh. I regularly hear about the Pakistani rape gangs in the UK and someone keeps sending me a video of a black youth eating the leg of his enemy in some shit hole in Africa.

I never liked either the term Paki or Nigger. I almost trigger myself using them now. The reluctance to use such words goes back as far as I can remember. I can distinctly remember both the Pakistani boy and the negro girl in my class at St John the Baptist Church of England primary school in Colwick Nottingham when I returned from a year in New Zealand at age 7 at the beginning of 1977. Shazard Aslam didn’t speak English and had no friends. Pauline looked fearsome and pulled my hair hard enough to make me cry after another kid dared me to call her “nig nog”. That thrill of doing something that you instinctively know to be wrong when you’re a kid but don’t know why it’s wrong, brutally punished by the “victim”. Pauline didn’t stay at the school long. Shazard was still there when I left the school in 1980 to move to a village just outside of Nottingham. He still could hardly speak a word of English by then. Or he’d just become so used to being quiet when he couldn’t speak English, he never bothered to after he could. There were only White kids at school after I moved.

I was probably the last generation of British school kids to know almost nothing about diversity. 1000 children at my high school and not a Shazard or Pauline among them.

It’s easy to virtue signal about race when you’ve never really had any but your own to deal with. I certainly pretended to “not see skin colour” for most of my life. The few people of different ethnicities I have worked with over the course of my life, I have treated with the same respect I have treated all my White colleagues. I currently consider a black man who was born in England and whose podcasts I have appeared on multiple times, a friend. My current employer is a black man from Kenya whom I am grateful to for the job and who is a very nice guy. There was a Pakistani Muslim years ago who used to work with me selling gym memberships in Sydney. Again, I don’t have a bad word to say about him either. And because I have met and been friends with the occasional black man, Pakistani man, Chinese lady, etc over the course of my life, I am still loathe to use derogatory language to speak about the collective.

I think that if people of other races, religions and cultures had remained a tiny minority in my country of birth, then I wouldn’t tolerate such talk now. Sojourners in the land, instead of replacing the people of the land; then I would never use the words Paki or Nigger or Chinky, etc.

I LIKE the world’s diversity. I would like to go on liking individuals from around the world whom I come into contact with. But I LOVE my own skin colour and my own culture and and my own ethnicity and the faith of my ancestors more.

As I look back on my life before I knew about the Globalist Agenda, I can see that regardless of how much I thought I was not a racist, I always gravitated to White English people, Australian people, American people, Canadian people, as friends. When I lived in Geneva Switzerland, I preferred the Germans to the French. People of backgrounds radically different from your own are great as novelties. It’s great for a group of people to lay out the welcome mat to a guest of a different background. Treat him with respect, try and help him feel part of your group as long as he’s around.

If there are a few people of a different culture, the tendency is to be more distant. Most don’t resent their presence, but they have their friends and you have yours. We are simply more comfortable with our own. As long as they don’t encroach on our space or our lives then diversity is tolerated and everyone can go around pretending not to be racist.

This was the situation when I worked in cruise ships.

I thought we congregated by departments at the time, but looking back, it’s clear we discriminated by race. It’s just that the Cruise ship HR department hired their departments based on race too. The Casino was hired from England, with a few Americans or Canadians. We had a couple of people from other races, but they had generally been hired into another department and seniority in the company had given them the opportunity to transfer into the Casino. Dancers, gift shop and beauty shop were all hired from the Anglo Saxon Celtic stock and funnily enough we were all friends with each other. Bar staff, waiters and cabin Stewards were Latino. Ships officers were all Italian. We were all self segregated. It was the fact that our jobs and cushy life on the cruise ship depended on us all being friendly to one another that made me blind to natural racism. Prisons in the USA have the same self segregation, but you can’t be fired from being in prison so the veneer of tolerance is torn away.

I write this article as a reflection on the one I lashed out with a couple of days ago in reaction to the State of the British Parliament following the resignation of Liz Truss as Prime Minister. The Liz Truss saga has revealed more to me than just the detriment of having women in politics. I was simply shocked to see how many dark faces were in the British cabinet and how close Britain is [was] to having its first non white PM.

It’s funny but it didn’t bother me when Barack Obama became the President of the USA. I had become used to black people in politics over there. I was still in the thrall of my Atheist Liberalism at the time. I hated and still hate the warmongering Bush. I chose to ignore colour even though colour was being triumphantly celebrated and shoved in my face as he took his oath of office.

Since then, apart from finding out about the Globalist Agenda and the truth about the so called holocaust, White people have had race shoved down our throats more and more with each passing year. Black lives matter, the stolen generation, invasion day, White privilege, diversity is our strength, diversity quotas, mass non white immigration.

I feel the anger welling up within me. I feel the hatred growing. 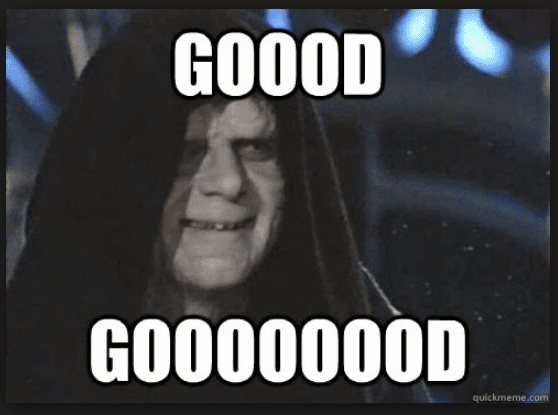 There used to be a joke about the city of Leicester among crass kids at my school when I was growing up, that the only reason to go there was to play a game of “spot the White man”. Now you can play that game in every city in the UK.

How would Pakistanis or Nigerians react if their parliament was half full of White men? How would they react to being told, they’re just as Pakistani or Nigerian as them? These politicians were born here and their parents. Stop being racist. Diversity is our strength. We are a Nation of immigrants. Do you think they would accept that? Do you think it would matter that one of the people they call a friend was a “White Nigerian” who sounds like a Nigerian and acts and thinks like a Nigerian? Who opposes the CoVid tyranny with them and opposes the Globalist Agenda with them. Would that make the anger go away? Would that make them refrain from using an equivalent term of Nigger to describe the White chancellor of the exchequer or the first White PM? Even taking away the history of British colonial rule, do you think that would make a difference? How would Nigerians or Pakistanis react if their country became “multicultural”? Not just Whites, but Pakistanis in Nigeria and Nigerians in Pakistan. Chinese in both. All the while, from childhood to grave to have the message pushed down their throats. Racism is bad. Race is just a social construct. We are all the same under our skin.

Adam was one of my close friends in Dunedin in New Zealand in 1976 when I was 6 and 7. He was a Maori kid. Maoris were cool I thought at the time. But Adam wasn’t the same. I like Maori New Zealanders to this day. I think they are compatible with White people. Their warrior culture, their sense of humour. I think New Zealand in the 1970s was doing a reasonable job of having two races living on the same land under White rule.

But I’m sure that many Maoris felt the same sense of dispossession as I feel looking at the current British Parliament. I have sympathy for other races whose lands were conquered by my ancestors, but that doesn’t mean I’m just going to roll over and be conquered myself. How other races attempt to assert their best interests in the world is a matter for them, but I will be damned before I allow others to crush the best interests of my race in the process. Before I accept the lie again that it is wrong for me to even think of my interests in terms of my race.

Adam was similar to me but not the same. Pauline had little in common with me. Shazard may as well have been from another planet. A Maori, a Nigger and a Paki. One neutral word, two derogatory words. With the invasion and conquering of my country of birth and ancestry by stealth, I still feel uncomfortable using derogatory terms to describe the people that are taking it over, but I no longer feel any remorse.