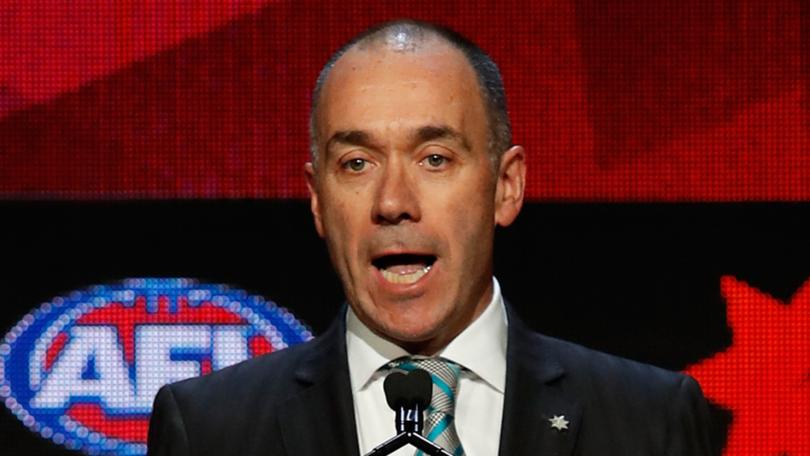 To be acceptable in Australian society today means that you must tacitly endorse abortion and all forms of sexual deviancy. A public Christian faith is unacceptable. It is no longer tolerated. This is the clear message from today’s saga following the appointment of Andrew Thornburn to the role of CEO of Essendon Football Club. Thornburn’s tenure in the role lasted just a single day. He resigned rather than publicly renounce his faith.

“However, today it became clear to me that my personal Christian faith is not tolerated or permitted in the public square, at least by some and perhaps by many. I was being required to compromise beyond a level that my conscience allowed. People should be able to hold different views on complex personal and moral matters, and be able to live and work together, even with those differences, and always with respect. Behaviour is the key. This is all an important part of a tolerant and diverse society.

“Despite my own leadership record, within hours of my appointment being announced, the media and leaders of our community had spoken. They made it clear that my Christian faith and my association with a Church are unacceptable in our culture if you wish to hold a leadership position in society.

“This grieves me greatly – though not just for myself, but for our society overall. I believe we are poorer for the loss of our great freedoms of thought, conscience and belief that made for a truly diverse, just and respectful community.

Thornburn is also the chairman of the City on a Hill Church. Thus his unpersoning when he accepted such a public role. The church is on record as not approving of abortion or homosexuality. It is an Anglican offshoot which from a casual glance seems to offer a good many corporate careers to those who have hopped on the religious gravy train. Lots of women in roles, though not as pastors. Large gatherings and I imagine they have a rock band. So progressive.

Yet, he has taken a stand. He has stepped down from the role. The homos and the proponents of child sacrifice might have won this battle, but I doubt that it has helped their cause. Because now we know for certain; Christianity is anathema in Australia. You will be punished for holding to God’s law. God’s commandments are unacceptable in modern Australia. The nation has moved on from such outdated and hateful concepts. Who knows what will come next.

Tacit approval, that’s their main weapon. You can still be a Christian deplorable in Australia as long as you’re not public about it. So you had better keep your head down and your mouth shut and hope that this all blows over, right? Well, if history is any guide that’s probably not the healthiest long term strategy. But it’s the one that most people will follow.

So how about that? Polite society in Australia now officially disapproves of Christianity. And you believed it when they said that the loving homos just wanted to be able to get married. Suckers. It was always about opening the gates of hell.