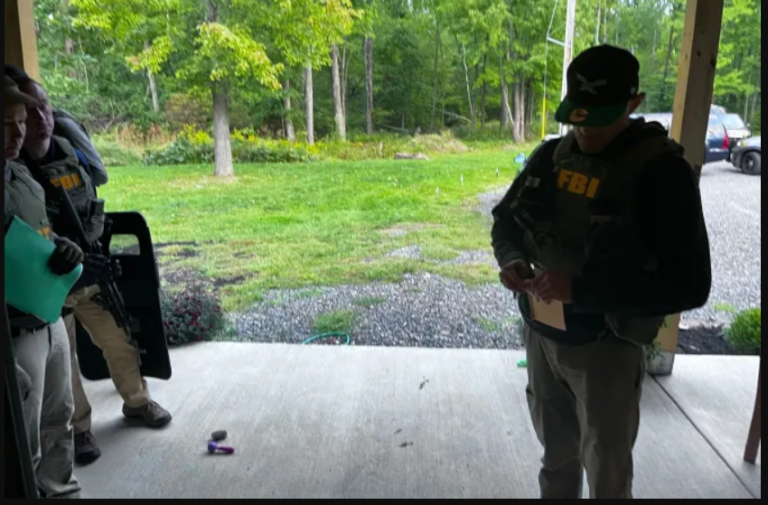 Houck was taken into custody at gunpoint in front of his terrified family. A harrowing account of the ordeal was disclosed to Life Site News by his wife, Ryan-Marie, who described a SWAT team with long rifles surrounding her home and pointing their firearms at the two surrendering adults inside of the house while the Houcks’ seven children were present.

Shortly after the story began circulating on the internet, the FBI broke its own protocol by rushing to Fox News and going on the record to call Mrs. Houck a liar. According to the FBI’s spokesperson, SWAT units were not deployed. A photograph published in Catholic media clearly shows fully kitted federal agents wielding ballistics shields and assault rifles as they began accumulating on the Houcks’ front porch, suggesting that the FBI’s statement is at best disingenuous.

Houck’s attorney has told the press that his client was previously informed that he was under FBI investigation for the Planned Parenthood incident and had offered to turn himself in for the minor crime out of fear that a police raid would place his wife and children in danger.

The Department of Justice deliberately ignored his lawyer’s offer and instead elected to storm the rural home, which according to Houck’s defense is intended to be a show of force against vocal practitioners of the Catholic faith.

According to the DOJ’s filing, Houck is being indicted for an October 13th, 2021 incident outside of a Philadelphia abortion clinic, where the accused allegedly shoved a 72-year-old, pro-abortion activist wearing a Planned Parenthood vest whose initials are B.L. in response to the alleged victim harassing the defendant’s 12-year-old son.

Who Is Bruce Love?

A lawsuit filed a week after the purported push, which is in the public domain, reveals that B.L. is Bruce Love, a resident of the Fox Chase neighborhood in Northeastern Philadelphia.

Love’s complaint was dismissed when the plaintiff reportedly stopped attending hearings. Under local Philadelphia law, success in the suit would’ve only led to Houck being held liable for simple assault, which is a low-level misdemeanor, while the little-known federal law being used to prosecute Houck, the Constitutionally dubious Freedom of Access to Clinic Entrances Act (FACE Act) of 1994, could lead to up to 11 years in prison.

A cursory study of Love’s social media history conducted by National Justice shows that Love, who is Jewish and attended Hebrew school in his youth, harbors deep-seated prejudices against Christians, regularly posts fantasies about sending the FBI to arrest people he politically disagrees with, and is an election denier who clings to the debunked extremist claim that the Russian government stole the 2016 election for Donald Trump.

Below is only a small sample of Love’s inflammatory social media posts. 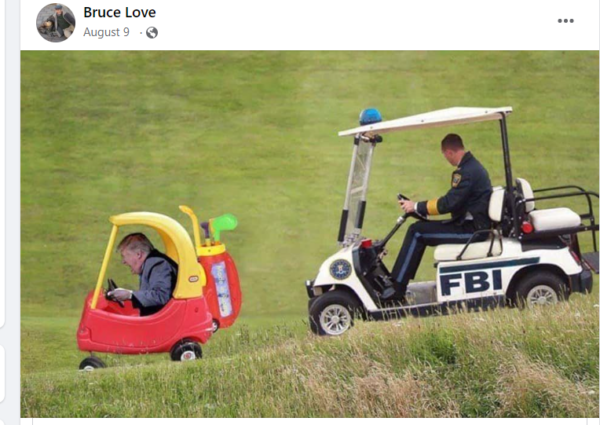 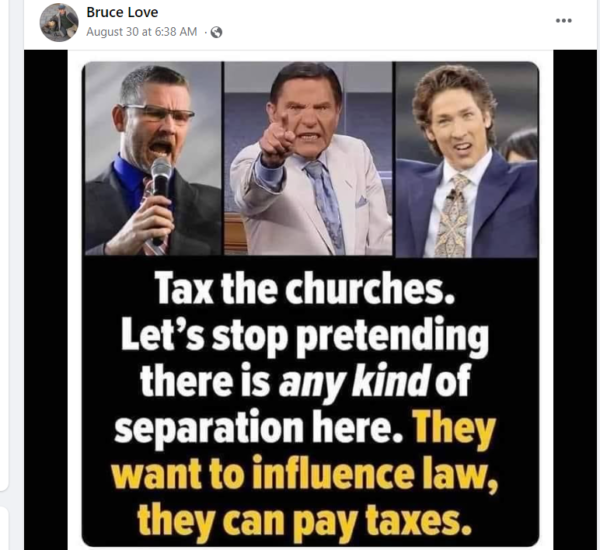 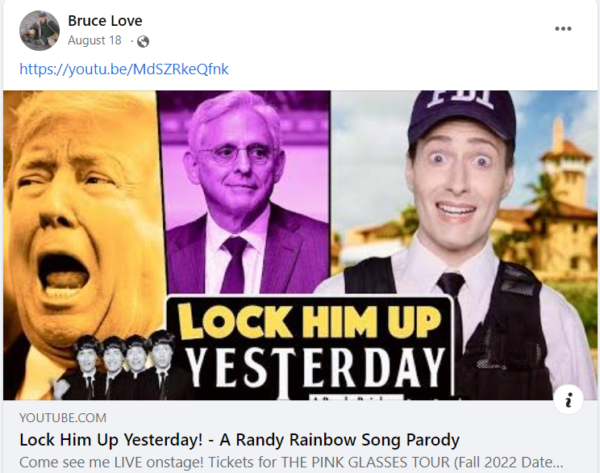 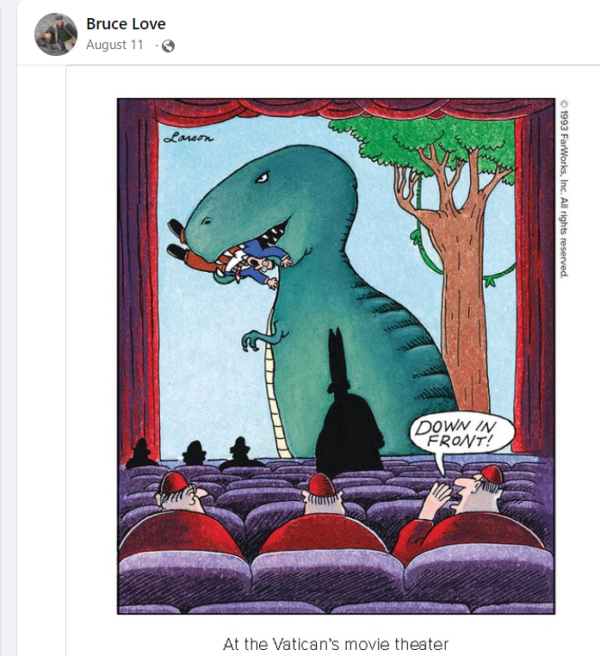 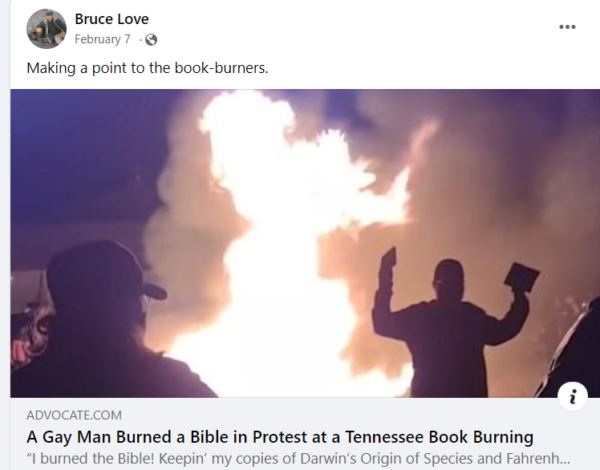 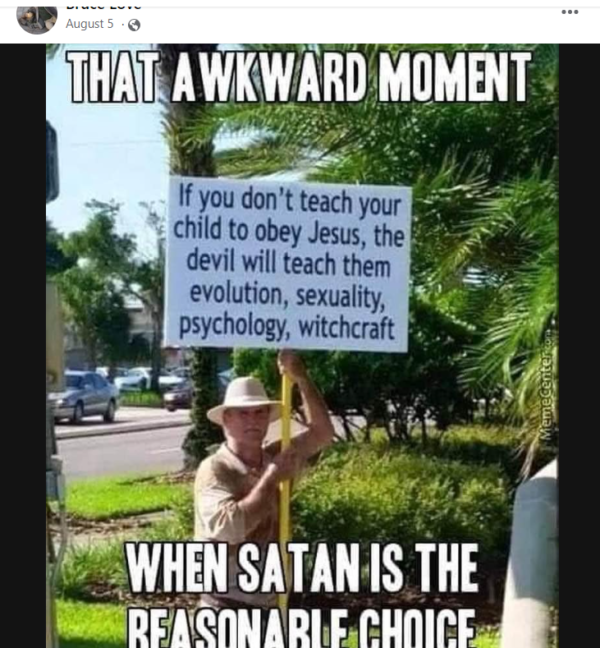 The federal indictment of Houck implies that Love is a fragile elderly person, but in truth, he is very active and in great health.

Photos taken from the last two years show the 72-year-old kayaking and skiing, while others show his love of dancing, including in women’s clothing. 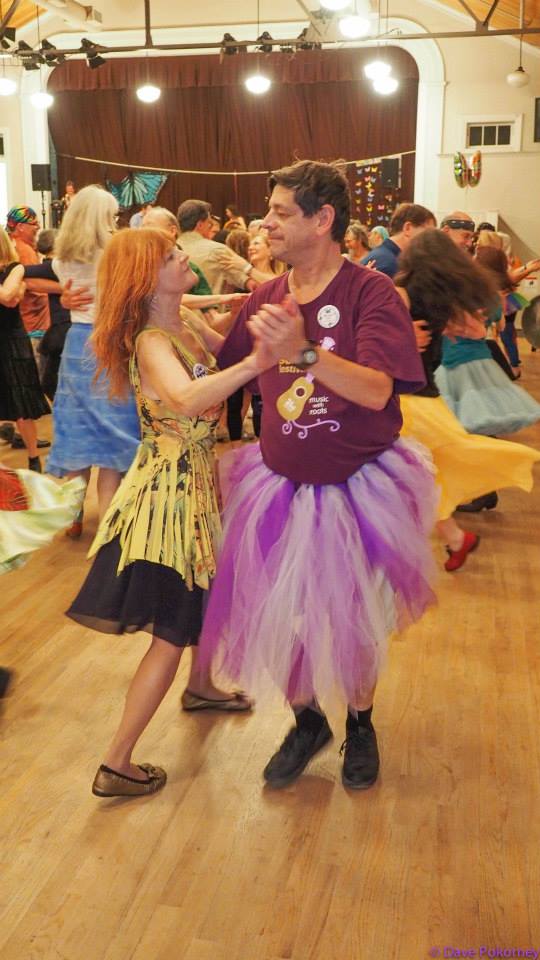 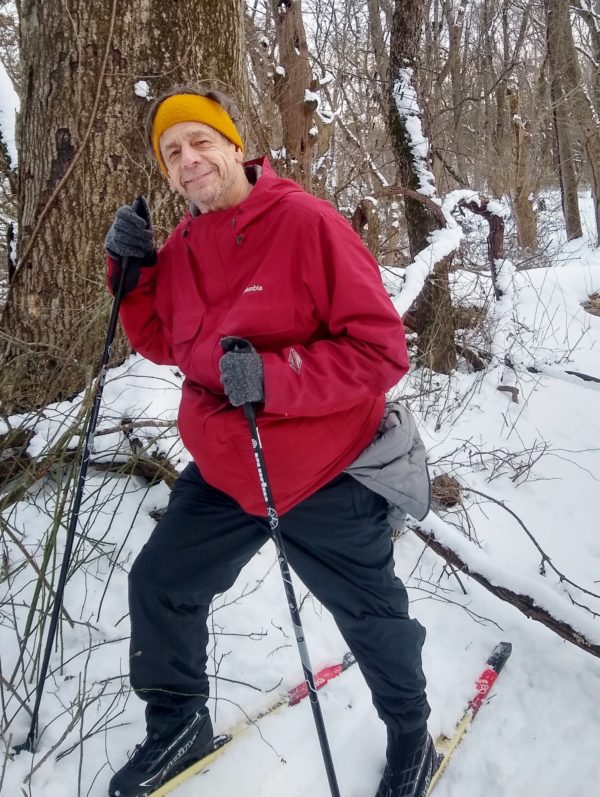 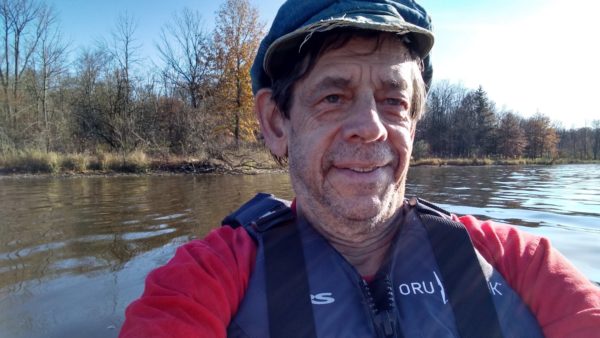 According to Houck’s defense team, which is in possession of video footage of the minor scuffle in question, the only injury sustained by Love was a minor cut that required a band-aid.

On the webforum Democratic Underground, where Love posts under the pseudonym “NoRethugFriends,” Love struck a celebratory tone akin to scoring a goal against the other team.

“A more disgusting human being you would be hard-pressed to find,” boasted Love in reaction to Houck’s arrest.

“I pray he gets what he richly deserves,” another user responded.

“It’s nice seeing stories about antis finding out After fucking around,” reacted AZSkiffyGeek.

The cost of a minor partisan victory is rapidly snowballing into another publicity debacle for the progressively more discredited FBI. In just three days, the Houck family has raised $230,000 for their legal defense on GiveSendGo, which means US Attorney Anita Eve will have her work cut out for her.