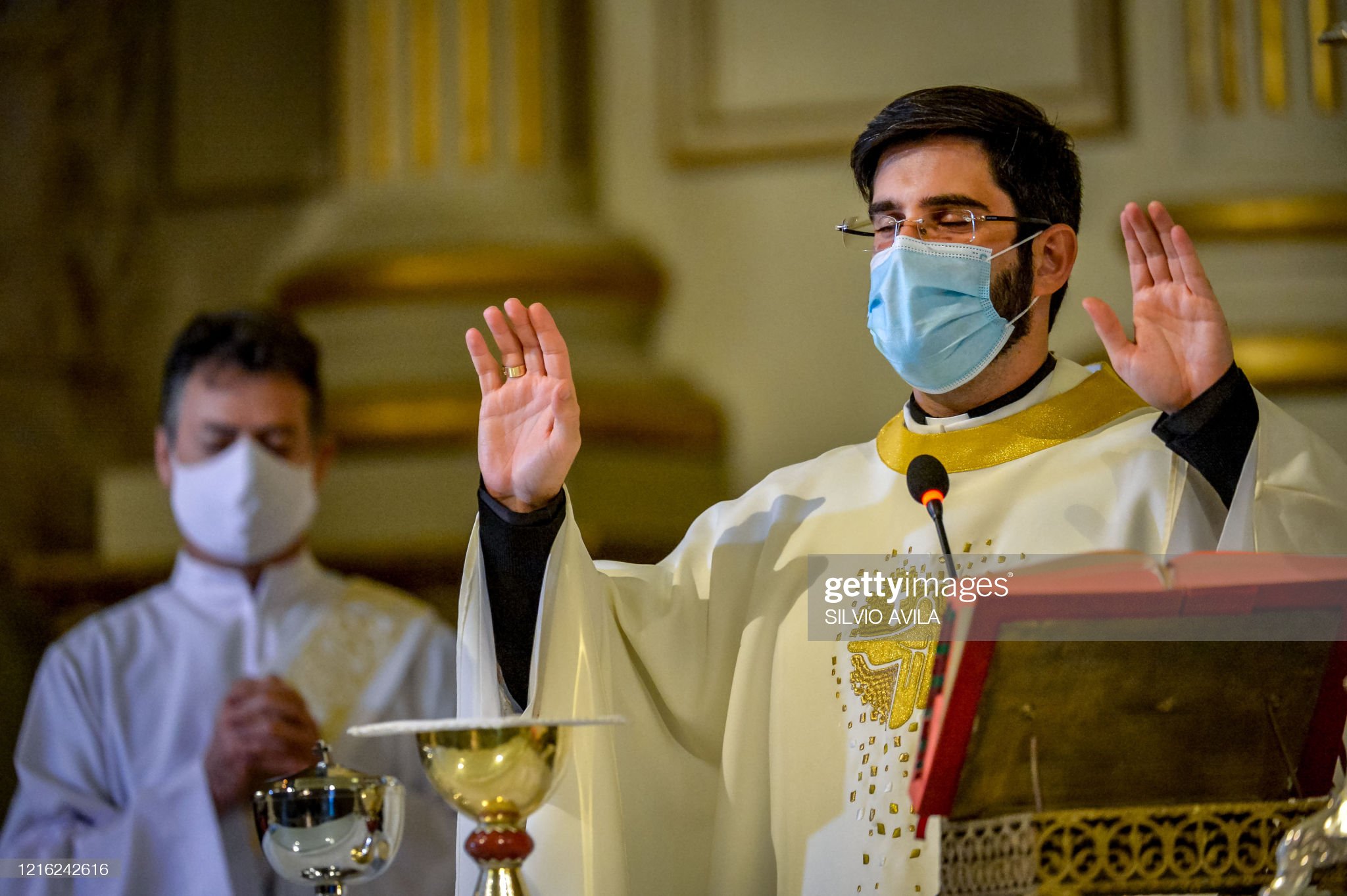 There are good priests and there are bad priests, and then there are weak priests. Both good and bad priests are strong. They are strong because they have had the balls to pick a side. They have thrown in their lot and they stand by the road that they have chosen.

My own priest in the Netherlands is a good priest, and thus he is also a strong priest. He is young, only in his early thirties, but he has had a hard time of it. This is because he has followed his conscience to always strive to be a worthy priest of God. This road eventually took him to the sedevacantist movement as for him it was the only realistic place where he could properly serve God in this way.

Yet he makes mistakes. I have seen him make mistakes, one of which was to underestimate the inherent evil of the vaccine campaign. But we all make mistakes because we are human and thus imperfect before God. I do not judge him for his mistakes as I know he does not judge me for my own many transgressions.

Then there are the bad priests. They have openly chosen to do their best to subvert the word of God. They act in a manner that will do the most harm to the church and to its people. They are the wolves among the flock of sheep, and they delight in the damage that they do. You may presume that these are the very worst priests in the world, but they are not.

The very worst priests are of an entirely different sort. They are weak priests, priests who lack the courage or foresight to understand what is happening around them. They do not fight, and the reason that they do not fight is because they refuse to pick a side. They refuse to get involved and attempt to go along to get along. They are the great fence sitters of our time, and because there are far more of them than the bad priests the havoc that they inadvertently wreak is far greater.

Harvey Millican has described what occurred at a TLM mass that he recently attended. While leaving the church all of the worshipers were handed a note that stated that they must do their very best to avoid publicising the mass; no photos were to be taken or published online. This was to avoid drawing attention to the mass and risk making things political. As Harvey states,

Are you joking? Seriously, Father? There are several false premises at work here. We could start with the premise that anything found in the evil document Traditiones Custodes is binding on anyone. We could continue with the premise that shunting the people of your parish into a gym ten miles away is a “positive effort”. Finally, as a lawyer friend remarked to me, “[The virtue of] Religion is inherently political because it has serious political implications.”

Again, I feel for these priests. I really do. I am sure they never anticipated being in this position. God send Thine Holy Ghost upon these men, Thy priests, to guide them in all they do.

But do you not realize that taking that added step of requesting people not share pictures sends a very definite message? It comes across as cowering in fear.

It doesn’t come across as cowering in fear; it is cowering in fear and there are no two ways about it. Even though this priest is attempting to continue serving the TLM, he is still a weak priest. His cowardly actions send a clear message to his congregation that what they are doing, that what they hope for, is something shameful that must be hidden because those in power say so.

I love the line that the virtue of religion is inherently political because it has serious political implications. Just brilliant, and so true. The Romans knew that this religion was a serious political threat, hence all of the persecution of Christians. More wars have been fought over Christianity than any other political motivation. This is why in the tab at the top of the page titled “My personal beliefs and opinions”, under my political stance I have simply written one word:

I believe that God and the demons both despise weak priests. At least the bad priests have the nads to openly pick their side. What use would weak priests such as these have been in Rome while Christians were being fed to the lions? It’s all well and good to be the local parish priest when times are politically good. But what really counts is when the inevitable persecution begins. Then we get to see what people are made of.

Priests are supposed to be leaders. They are supposed to protect and inspire their flock, to give them courage when they are faltering. I pray that God will give these priests courage, but in the end I am sure that He wants worthy souls in heaven next to him. So we get to be put to the test. And this goes also for those who choose to pontificate online behind a pseudonym. You can’t have it both ways either. We all need to stand up and be counted. If our priests won’t do it and we won’t do it then who will?