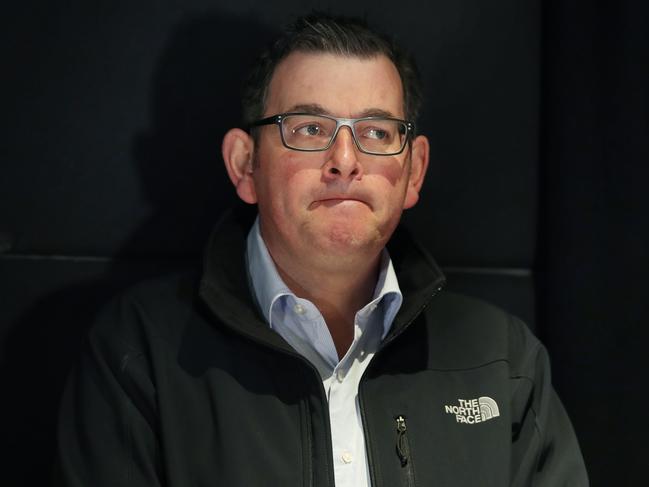 Daniel Andrews is throwing breadcrumbs to the proles ahead of the November state election in a desperate attempt to retain power:

Victoria’s cashback scheme has returned to the entire state, with diners and entertainment-lovers able to claim more than a hundred dollars off their bills.

The Dining and Entertainment Program launched at 10am on Monday and participants can claim back a 25 per cent rebate of up to $125 on their restaurant, cafe and bar bills.

They must spend at least $40 to qualify and food must be ordered.

Home delivery companies such as UberEats, DoorDash and Providoor are not included, nor is food purchased at a convenience store or supermarket.

The entertainment portion of the scheme also launched on Monday, and the same 25 per cent rebate can be claimed at events and festivals, cinemas, exhibitions, museums, galleries, zoos, live performances and theme parks.

The $25 million program is available on a first come, first served basis until all funds are exhausted.

If the funds do not run out, the dining and entertainment program will end on December 16.

This, from the same guy who has tabled legislation allowing “authorised officers” to invade your property without a warrant when you’re not even home to destroy your homegrown produce on the grounds of biosecurity.

The Victorian Regime wants to quash the option of living off grid. Same goes for energy:

All Victorian households will be able to receive a $250 payment if they seek out a better energy deal from Friday, in a move to address the cost of living crisis.

Victorian Premier Daniel Andrews made the $250 million commitment in May ahead of the state budget.

“That’s a million households at $250 each. Obviously there are many more households than that,” Victorian Premier Daniel Andrews said on Thursday.

From July 1, the bonus will be open to all Victorian households which compare their energy deal through the Victorian Energy Compare website.

Alternatively they could invest in nuclear power, but the resultant cheap energy and economic boom would curtail the government’s ability to socially engineer society. Regardless, the bribery has failed to halt the exodus:

Thousands of Aussies are continuing to abandon Victoria and NSW for other states, new data from the Australian Bureau of Statistics shows.

Only three Australian states saw interstate migration increase in the 12 months up to March 31 this year, with two states recording particularly brutal losses.

A whopping 40,057 NSW residents and 17,997 Victorians left to live elsewhere in Australia.

More and more people are looking to head north, with Queensland’s population growing by 53,984 from interstate arrivals alone.

Victorians have been leaving the state in droves ever since the state was hit with harsh Covid-19 lockdowns in 2020.

All the electoral bribery in the world cannot undo the optics:

However, dictatorial governments have an ace up their sleeve in the form of mass immigration:

Though there are thousands of Aussies leaving Victoria and NSW for other states, the pair also received the highest number of international arrivals.

International migration increased in all states after numbers plummeted throughout 2020 and 2021 due to border closures sparked by the Covid-19 pandemic.

We can make all the arguments in the world until we’re blue in the face against mass immigration and in favour of love for our own people:

You don’t have to believe any of this. What you cannot deny is that if mass immigration continues, no amount of voting with our feet is going to have any impact on state government policy whatsoever, because they can always replace you with people who come from a worse place than Victoria.