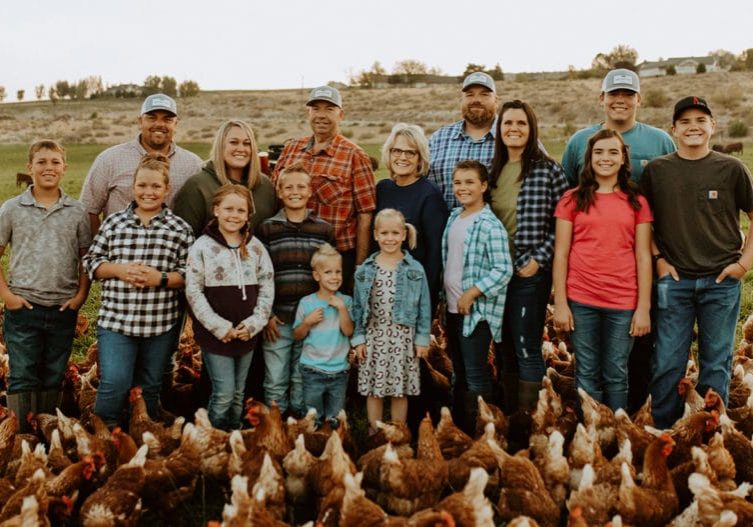 What I am about to present here is an idea to contemplate for those who have also concluded that the ‘woke agenda’ war is lost.

You see, for the past 20 years I have drawn my motivation from the hope that the insanity being imposed upon the world at large could be corrected by logical argument, rational thinking, educating and awakening, while society still contained a critical mass of reachable, educatable, independent thinking voters that could change our course via the ballot box.

However, it is time to accept this is never going to happen. Not only because society has now become so dumbed down, indoctrinated and divided it is simply incapable, but also because the power of the elites and media is so great that even if we did manage to reach the people, they would simply lie about it. When 800,000 people recently attended protests against vaccine and mask mandates (among other issues), our government and media just lied that it was 10,000 right-wing extremists. Likewise, elections, including referendums and plebiscites are pointless, because they are so easily rigged, and as the 2020 presidential election proved, if the media continually repeat a mantra such as “….for which there is no evidence” the majority will quickly overlook the plethora of evidence to the contrary that is staring them in the face.

In the lead up to the ‘gay marriage’ farce that we called a plebiscite, I warned everyone I spoke to that in my humble opinion, the result had already been decided and their vote would never be counted. The result would be 60/40 in favor of changing the marriage laws.

Afterwards, I was frequently asked how I had concluded so accurately. My reasoning was simple. Everyone was aware that there had been a degree of manipulation. Groups had been out gathering voting forms offering to mail them for older people….the group most likely to vote against it. And the media campaign supporting the ‘Yes’ vote had been anything but honest, and had about ten times the money of the ‘No’ campaign. Had the result been 54/46, the losing side would have cried foul, demanding another plebiscite as the result could have been tipped by the collected voting forms, and because people were not aware of the full implications of changing the law.

Alternatively, had the result been 70/30 in favour, nobody would have believed it, as everyone knew that figure was just a lie being pushed by media. So 60/40 was the only margin that could quietly get the job done without causing further suspicion.

Personally, I believe we went about the ‘gay marriage’ issue totally the wrong way, and now need to learn from that error. Our mistake was getting drawn into the game. We should have simply refused to play in the first place. Instead, we tried to reason, and logic, and warn people of the slippery slope such decisions would propel us upon.

Instead of fighting against this insanity, we should have said, “Fine. You want marriage, you can have it. SSM will be recognised as State Sanctioned Marriage, registered by the state, available to any two people of legal age, as it already is, because if you live together, the state recognises you as married anyway”.

We should have then taken real ‘marriage’ either back to the church (those that were supportive) or began a church solely for the purpose of marriage, which would be renamed a ‘Union before God’, ‘Holy Union’, ‘Holy Matrimony’ or a similar name. The union, in accordance with Biblical requirements, would only be available to male/female unions, and registered privately by the church. The couple would then be free to register their union with the State also, should they wish to do so.

Had we chosen this path instead, we would have preserved and set apart traditional marriage, and probably shut down the whole debate, because anyone with an intellect is aware that gays being able to marry had nothing to do with the actual agenda behind it.

Now, in 2022, we find ourselves confronted with a similar situation, but on a massively larger scale. On a daily basis lies about climate change dictate the destruction of our future and freedom. Transgender insanity is forced upon us and our children. Political Correctness is at the forefront of every conversation. Our media are professional propaganda streams. Truth is considered evil, and moderated out of comments, censored out of YouTube. History is ignored, altered to suit agendas. Never before has our world been such a mass of lies, evil intent, and misinformation.

So, what will we do? Should we continue believing we can ‘educate’ people as to what is really going on and turn the ship around? That if we apply enough logic and rationality, and post enough videos on Rumble and Bitchute people will eventually wake up to the truth? Well, some will, but not enough, at least, not until it is far too late. And it is already too late.

So instead of being constantly drawn into the arguments and name calling, we should simply refuse to play.

Okay, so how do we do that? We give them what they want….Division! Just like we should have with ‘gay marriage’, we say, “Do whatever you like, we don’t care. Call little boys little girls, address men wearing skirts as ‘she’, be politically correct, genitally mutilate your children, whatever insanity you choose. But we are not doing it, and will not be drawn into it. We will live in the real world where there are male and female, where the importance of the family unit is recognised, where morality is upheld, where a woman who gives birth is a mother not a ‘birthing parent’, where you will be addressed as ‘he’ or ‘she’ according to your biology, and where people speak the truth and say what they think without fear”.

We then set about creating our own separate society, within society. 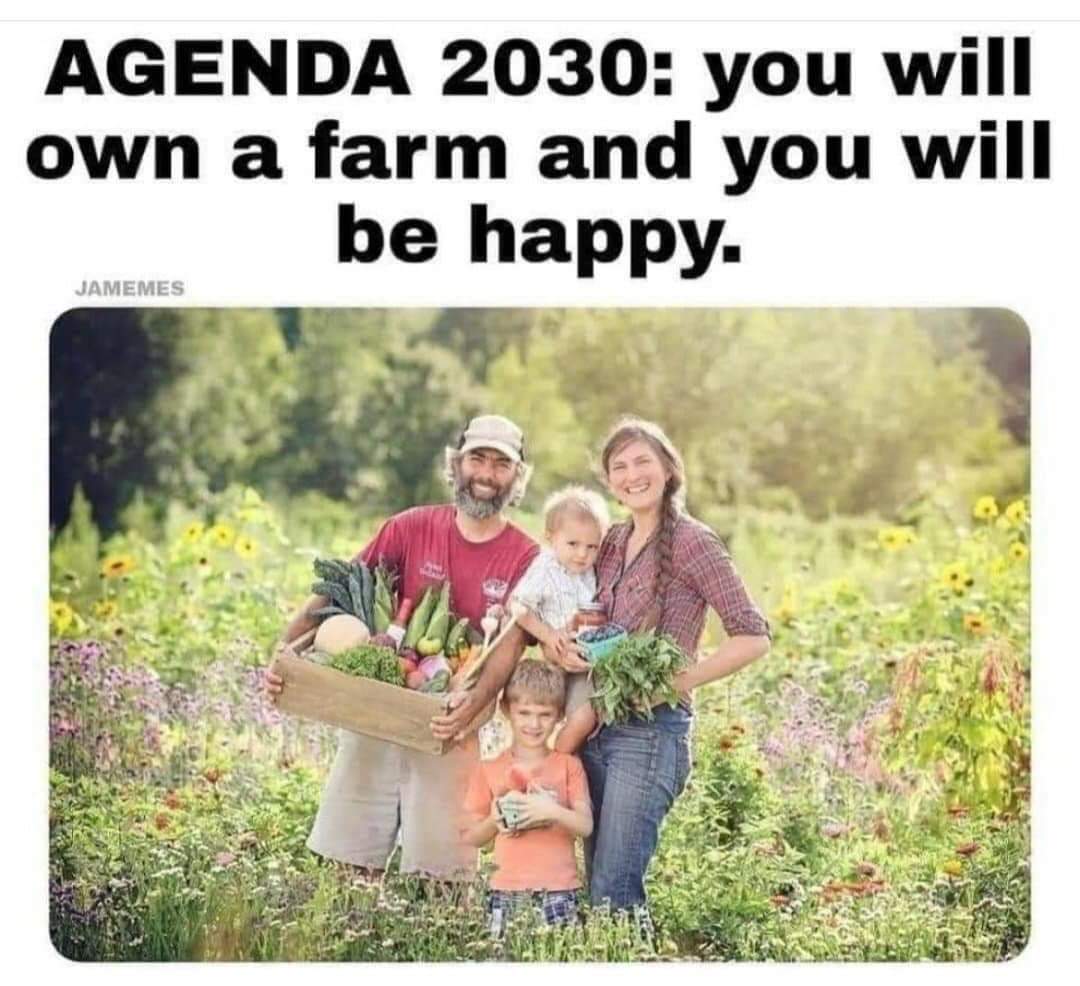 At first, this sounds somewhat fanciful. But the more it is explored, the more realistic the possibility becomes and the greater the benefits appear. It may also be the only peaceful way of taking back our liberty and throwing off the shackles of insanity being forced upon us every day.

To begin, consider the reality that the majority of people are fed up with ‘woke nonsense’ anyway. It is only a small but very loud minority pushing this rubbish, backed by the elite globalists. So it is fair to think once such a group had been successfully established, it would gain momentum quickly, in turn greatly influencing vote seeking politicians, and wielding great power by choosing to boycott en masse businesses that support the woke agenda.

The starting point of such a society would have to be schools. Dissatisfied with what amounts to sexual abuse being forced upon our children, a very low rate of education, and a very high rate of indoctrination, we pull our kids out and begin our own schools, by joining together with others from our society. Ten parents with a total of fifteen children could nominate one or two parents to teach each day, sharing the workload, or alternately pay a fee for each child allowing them to employ their own teacher. Such home schools could be established in every town and suburb across the country.

As numbers grew, the society could develop its own form of barter/currency for use within the group. Establish its own radio, TV, newspaper and media outlets, its own sporting events/leagues, even its own businesses and farms. And it would loudly send the message that we wholly reject woke idealism, and will no longer be intimidated into silence, or forced to go along with it.

Instead of trying to change the world and restore sanity, by shunning the world we would strip the beast of its power. I don’t believe we can fix this world as it is. Instead, we need to simply start again. And my prediction is, within a few short years of such a ‘society’ forming, more people would want to be a part of our society than theirs.

And that is when and how sanity could actually be restored back to the majority. 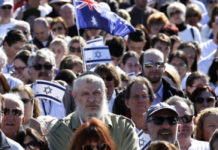