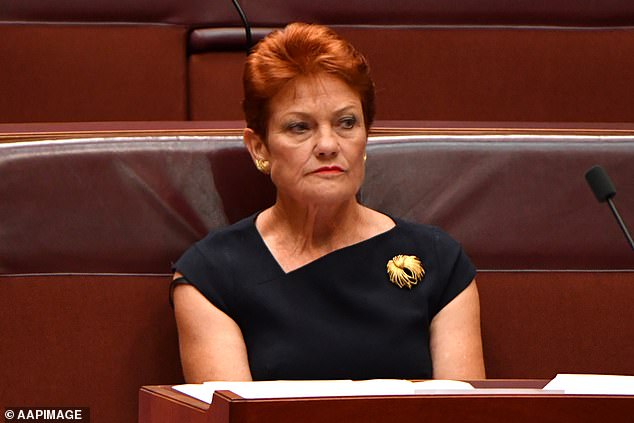 If only she’d been vaccinated, her symptoms would not be so severe:

Anti-vaxxer Pauline Hanson has revealed she has tested positive to Covid after a trip to Perth.

Senator Hanson said she had tested positive on Saturday but symptoms first developed on Friday.

Oh dear. Whatever are we going to do?

“I will self isolate in accordance with the current rules, and do the best I can to drive One Nation policies from home ahead of this weekend,” she said in a statement.

“I thank all of those people who have sent their well wishes, and I look forward to disappointing all of those who hope that I drop dead.”

A spokesman said that Senator Hanson had symptoms similar to the flu.

A nasty bug is currently going around. Everyone I know is getting it or has gotten it, myself included. Some of us even bothered to test, and tested positive to Covid. Apparently.

Anyway, we’ve had worse colds. Covid is basically the flu, or a cold, it’s death rate is similar to the flu and like the flu it is most dangerous to the elderly, the unhealthy and the infirm.

Governments across the globe used the coronavirus as a pretext to shut down their entire countries, hold their populations prisoner, and increase government power, data collection and digital surveillance.

They did so at the behest of undemocratic international institutions such as the WEF and WHO, which dictate policy to national governments, bypassing the oversight of their constituents.

Most reprehensibly, they have used Covid to mandate untested not-vaccines which they know are dangerous. Heart attacks, hepatitis and AIDS are now spiking among populations which have taken the vaccine.

Fortunately, as Pauline has not taken the vaccine her immune system should be able to cope just fine. A bit of pharmacy codral, tea, vitamins and a few midday naps should do the trick. Or Ivermectin. Whatever floats your boat.