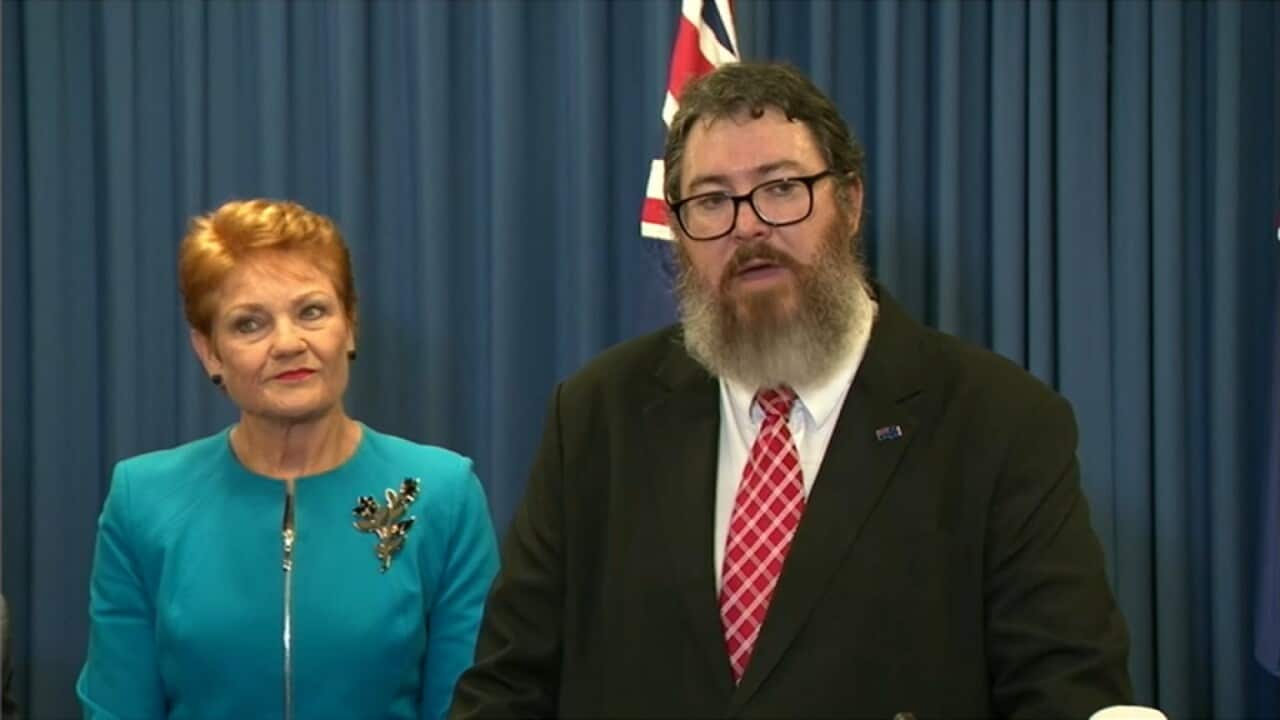 LNP MP George Christensen has joined Pauline Hanson’s One Nation Party. It’s a good fit. Just remember that there is no democratic solution:

Former federal Liberal National Party (LNP) MP George Christensen will run as a Senate candidate for One Nation at the upcoming federal election, marking his return to politics.

Mr Christensen, who was the member for the Queensland seat of Dawson, said One Nation leader Pauline Hanson offered him a spot on its Senate ticket, which he accepted.

At a media conference on Wednesday, he said he accepted the offer because of One Nation’s policies against COVID-19 mandates and “the religion that is man-made climate change”.

George Christensen is far from perfect, but who is? Pre-Covid he was at times a strong advocate for the rights of Real Australians. Since 2020 he has spoken the truth about lockdowns and the dangerous intended consequences of Covid vaccines.

Aus MP George Christensen drops The Hammer …In what may be his final Parliamentary speech Christensen goes out swinging and drops some Massive Covid Truth Bombs ✈️ pic.twitter.com/ZOtWOTp3RD

He is against the industrialised ritual sacrifice of unborn babies, and his slogan that so-called “net zero” carbon emissions will lead to net zero jobs is so good, we will start using it here on XYZ News.

He attacked the government’s response to the pandemic, saying it “was a complete and utter overreach, blowing up freedoms and rights and all the rest of it”.

One Nation says its membership has grown since the start of the COVID-19 pandemic.

The controversial MP had retired from politics ahead of the 2022 poll.

Earlier this month he quit the LNP, citing his disenchantment with the party’s direction, its net-zero climate pledge and “destructive pandemic policies”.

It makes sense for Christensen to join either PHON or the UAP, as both have good policies regarding the cessation of lockdowns and vaccine mandates, and their elected members have demonstrated their knowledge of the international institutions and other special interest groups directing national policy, rather than the Australian people our politicians are elected to serve.

The Australian electorate is split into roughly equal thirds, each supporting either the Liberal National Coalition, Labor and the Greens, or Independents and minor parties. The latter group should continue to coalesce to create a realistic alternative to duopoly rule.

Liberal and Labor have dominated Australian politics for decades, taking the Immigration Question completely off the table and replacing us without our consent, supporting trade and industrial policies which have deindustrialised the country, and provided bipartisan support for the WEF’s Covid Tyranny and The Great Reset.

To reiterate, there is no democratic solution. To the extent that we do engage in the political battlefield, we should employ the same methods as Marxists; to amplify our message, recruit new activists and acquire resources.