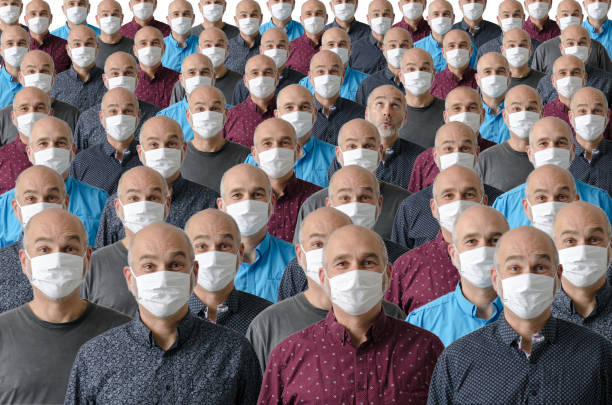 The human ego protects us from things we can’t handle. It works on the subconscious mind to produce strong emotions that will make you see what you want to see. Do what you want to do. Justify that which shouldn’t be justified. We must have a God in our lives and our God must be perfect. If we don’t choose the real thing, then we will choose the false God of ourselves instead. So we make ourselves perfect for us. Even when we admit our mistakes they are benevolent mistakes because we were so good and righteous to admit them in the first place. We can tinker around the edges of our perfectness but we can never function properly if we think the fundamentals are soiled.

So when we are guilty of something so heinous that it would shatter that benevolent view of ourselves, there are two standard responses. The first is for the ego to step in and use every trick in the book to stop us either seeing the truth about ourselves in the first place, or twist logic and reality into the absurd necessary to justify what we have done.

This is what we are seeing all around us today with the quackcine obedient. Most simply wont allow you to show them anything. My wife tried earlier today to talk to a lady about the Australian children who have been killed by the jabs. A glazed look on the lady’s face said she was tuning out, but when my wife pulled out her phone to show her some examples of the children that had lost their lives, the woman snapped to attention and became adamant that she didn’t need to or want to. Similar experiences can be on social media every day. The sheep can’t hear. Won’t hear. If the truth is forced before their eyes it will be justified away. They think that you are lying to them. You are not telling them the full story. Confrontation will be avoided, battle will be disengaged, if the person doesn’t think they have the right arguments to refute the evidence (which obviously in their minds isn’t evidence at all, but some trick).

To allow oneself to see the truth. To acknowledge the truth once seen, is to subject oneself to the second standard response: Total destruction of self image. You are not only bad. You have been evil. A coward. A traitor. A chump. A wife beater. A thief. An addict. A murderer. This often causes a complete mental breakdown. Sometimes even suicide. It’s why the ego is there. It’s your poor substitute for God. It is there to keep you alive. Keep you from knowing the truths that you just can’t handle. The things that would make you lose the will to live or lose the will to pursue any more achievements in life. You can see the broken in society everywhere. Defeated. The living dead. They know what they are and they have no resistance or will left in them. The God of the self has been destroyed, but they have failed to reach out and fill the void that was left.

I have thought for the longest time that the only way to get through to these people was by sheer brute force. To point out their cowardice to them. To shout and be in their face. To hammer home every sin and the lies they told themselves to cover their sins. I did this just a couple of weeks ago with my (now ex) boss. Others prefer a gentler approach of kindness and gradual persuasion.

Both approaches, I have only just realised, are wrong. What good is it to attack the self image when the only alternative I’m offering is self loathing and hatred? Whether we do it with anger or with kindness, why would any person’s ego willingly submit to such devastatingly dangerous truth?

The analysis above describes the mechanism, the process by which the human mind protects itself from the evil that we do. It doesn’t identify the cause of this mechanism. That being something much simpler. These people have turned away from God.

This, then also explains why my approach of anger and other’s approach of patiently working away with kindness to expose the lies of this issue or that issue, are both fundamentally flawed. The only truth that needs to be told is to tell people that they need to put God first again, repent of their sins and seek forgiveness and redemption through Christ. Only this solution can offer the ego a way out and allow it to let the self image be broken down and destroyed, without destroying the life and soul of the person himself.

For myself, I have just had to go through some breaking down of my own. My anger was just another egotistical example of thinking of myself as a good person. My pride wanting to be the one who fixed the world in my self righteousness. No better than those who wanted to fix the world with their kindness and love. Both are nothing but vanity. Both focus the problem on the behaviour of the people we rail against rather than the cause of their behaviour. Both involve us arguing about masks, vaccines, lockdowns, climate change, immigration, etc, etc. We think of ourselves as better than those who live in denial of these things. Because we know the truth about things in this world, we focus on them, rather than the reason the truth of these things can be manipulated in first place.

To talk of the symptoms puts control of the solution in our hands. To talk of the real problem, puts the control into God’s hands.

God is the fundamental truth which must underpin all other truths. Every time we find ourselves lashing out in anger that someone won’t listen to us about the stupidity of masks or the abomination of vaccine mandates, the real problem is that we weren’t trying to tell them about the real problem behind the problem! The same is true of those who are the other extreme and are too soft on those who won’t listen about whatever topic you know the truth about. We are simply afraid to speak the real truth and speak it plainly. “You are submitting to this tyranny because you have stopped believing in God. You no longer fear Him, so you fear for your job instead. You need to turn to Christ and repent. You need to ask for forgiveness and for His Holy Spirit to change you”.

The truth will set you free. The real truth. The whole truth. Nothing but the truth. So help me God. This is a Revelation that has only just been revealed to me. One that I share with you immediately, so that you hopefully won’t take as long as I have to discover it for yourselves.