Coles and Woolworths have warned they may have to temporarily close some stores across Melbourne this weekend as the supermarket giants grapple with Victoria’s growing Covid-19 outbreak.

Both retailers are struggling to keep all stores open as staff are forced to isolate after coming into contact with covid cases.

The pair have said the issue is only affecting Victoria, ands not New South Wales, because isolation rules differ south of the Murray.

One Woolworths store, in Coburg in Melbourne’s north, has already closed with more set to be forced to shut their doors for a spell.

Woolies currently has 24 locations listed as tier one exposure sites in Victoria, requiring large numbers of staff to isolate for at least two weeks.

Remember last year when they said we grew enough food in Australia to feed the country three times over? What happens when the supply chains are hit by lockdown, and food rots in the field because they don’t want to employ Aussies to pick the fruit?

LONDON, Sept 30 (Reuters) – More than two thousand British gas stations were still dry on Thursday due a shortage of truck drivers which was starting to disrupt deliveries to pharmacies, while farmers warned a lack of butchers could lead to a massive cull of pigs.

In a chaotic week where fights broke out at gas stations and people filled up old water bottles with petrol, British ministers have repeatedly said the crisis was easing, though they ordered soldiers on Wednesday to start driving fuel tankers.

Ministers have rejected accusations that the trucker shortage was caused by Britain’s withdrawal from the European Union, pointing to similar shortfalls elsewhere after COVID-19 lockdowns halted thousands of truck driver tests.

The Petrol Retailers Association (PRA), which represents 65% of Britain’s 8,380 forecourts, said members reported on Thursday that 27% of pumps were dry, 21% had just one fuel type in stock and 52% had enough petrol and diesel.

“This is running out quicker than usual due to unprecedented demand,” said PRA Executive Director Gordon Balmer, who said he was still hearing of verbal and physical abuse against gas station staff.

Reuters reporters visited 10 petrol stations in London and surrounding areas on Thursday. Three were open. A line of dozens of drivers snaked back from one of the open stations with staff attempting to direct the queue.

Such is the shortage of truckers that pharmacies were being affected.

“The whole supply chain has been impacted from inbound wholesale depot supply down to outward depot deliveries to pharmacies,” said a spokeswoman for the association which represents large pharmacy operators.

I remember my folks talking about this sort of thing happening back in the 1970’s. 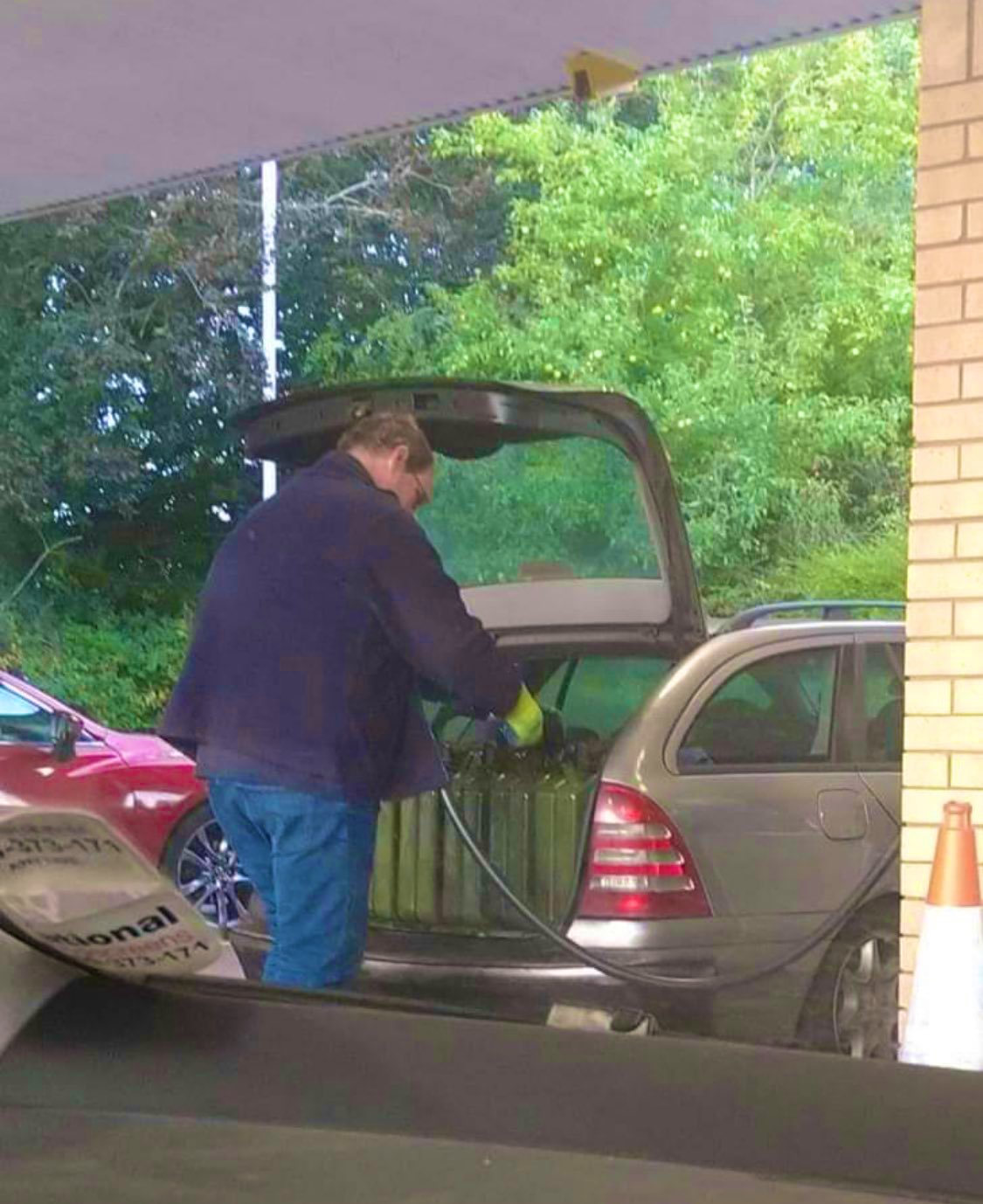 Back then we were fortunate enough to have a homogenous society and Christian morality still moderated behaviour to some extent. About that.. It’s not just in England that his is happening either.

I have no idea what any of the people in that Twitter thread are saying. As XYZ News has reported, power shortages in China are forcing its heavy industry to shut down too.

All of this was perfectly predictable. Things didn’t run out as soon as every country in the world shut down last year, because the modern world has a surplus of food and a big supply network. However, that supply network requires petrol, electricity and drivers to keep running.

When you restrict the movement of drivers through vaccine passports, and put pressure on energy sources through idiotic “clean energy” policies, a shortage of petrol and drivers in one region is going to affect the decisions of farmers in another region. Then, people in another region will have less options, and more expensive options, when deciding how to feed their families, and because they have less money because they are out of work due to the lockdown, all of a sudden people in a modern, industrialised country can start going hungry.

Climate Change and Covid are scams designed to decrease our standard of living while increasing government control over our own lives. It appears that shortages of basic goods are now being engineered to move the industrial world into another crisis, for which the elites will already have their preplanned solution.

While the morbidly obese were fighting over toilet paper last year, those of us who understand history were already working on our second pantry worth of supplies. We have spent the year and a half since working on our souls, our fitness, our survival skills and building our physical networks.