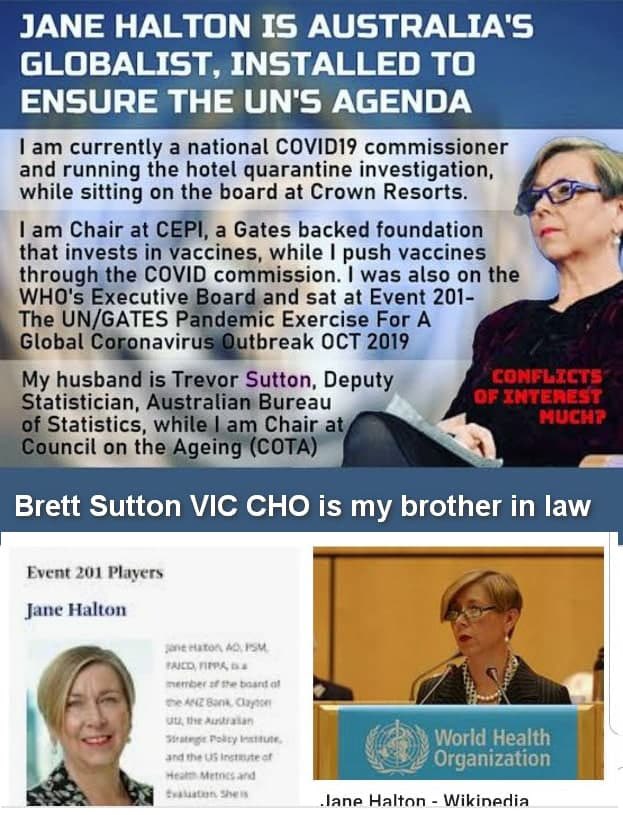 Brett Sutton gives the distinct impression that he is just happy to be raking in a pay check. Officially he is the Chief Health Officer of Victoria whose “directions” have caused Melbourne to become the most locked down city in the world.

In reality he is Bill Gates’ puppet via his sister in law. He says what he is told to say so that Daniel Andrews can use the excuse “We’re just following CHO directions” when really, that is what they wanted to do all along. This facade becomes apparent whenever Sutton has to answer a question or explain policy.

Journalist: “On the vaccine passport trial, a lot of businesses are starting to get a bit of pushback from patrons, there’s one in particular in Warnambool fielding calls from vaccinated haters, so what’s your advice on how businesses can better manage?”

Sutton: “The trial in part is to see how this goes. Um, the message is clear (gives sheepish laugh), we want settings to open up safely and the increased caps for those settings are absolutely because there is an expectation that fully vaccinated people will be the ones attending.

“That makes it safer and it makes it much more able to have a bigger patron cap in those settings. I think businesses want that increased patron cap and I think they’ll want to do whatever they can to ensure that there’s compliance so that they can safely operate with those greater caps.

“There’ll be some tensions but let’s see how the trial plays out in terms of how compliance and enforcement works in those settings, and the ease with which those vaccine passports or vaccine certificates work in those settings.”

He should have stopped one paragraph earlier but as I said, he’s stopped caring.

The vaccine mandate is a trial.

Daniel Andrews has already backflipped on his vow to allow no exemptions to the vaccine mandate, because he needs enough people in law enforcement and the judicial system to be willing to enforce it. This means he has already backed down once when challenged.

The government is making business owners responsible for enforcing the vaccine mandate as a way of deflecting responsibility for its own tyranny. In doing so it risks the possibility that the people it requires for its tyranny to work – business owners to enforce it and the public to accept it – won’t behave as they have calculated.

It’s like the ferry scene from The Dark Knight where The Joker expects ordinary people to blow up criminals in a vain attempt to save their own skins. It’s a nationwide prisoner’s dilemma. If nobody complies with the vaccine mandate they can’t make it work. 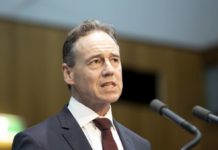