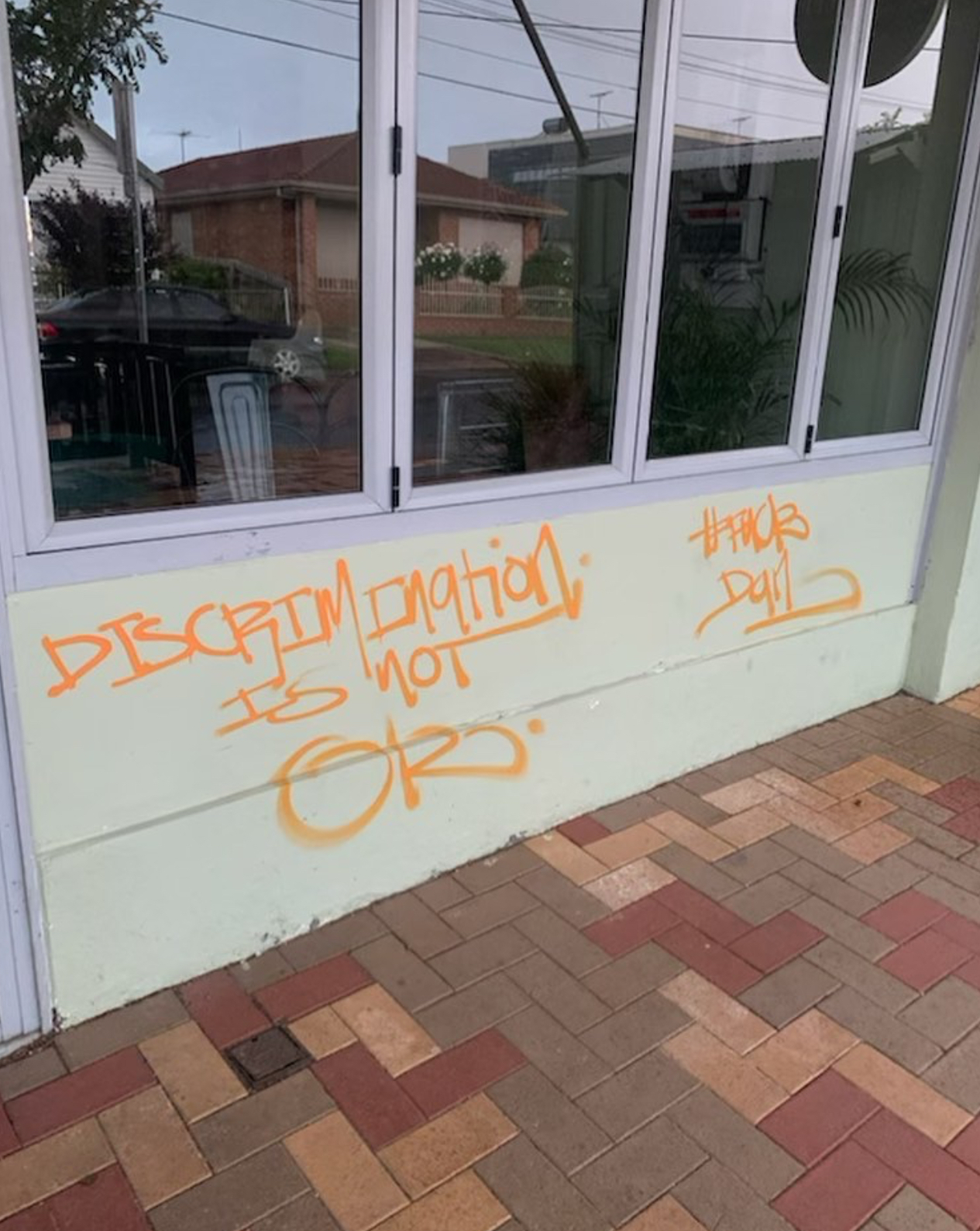 Suffer in your jocks:

A Melbourne cafe has been vandalised with anti-vax graffiti during the first weekend back for seated dining after a gruelling sixth coronavirus lockdown.

Staff at Blacksheep cafe in South Kingsville, in Melbourne inner west, arrived at work on Monday morning to find the anti-vax message scrawled on the front wall of the building in bright orange letters.

The graffiti read “discrimination is not OK” in an apparent dig at the cafe enforcing mandatory government Covid rules that stop unvaccinated customers from dining in cafes and restaurants.

We know who to boycott, then.

As well as building a parallel society and parallel economy of the unvaxxed, activists are stepping things up a notch by publicly shaming businesses which comply with the draconian vaccine mandate. The centre will not hold, people will be forced to pick a side and a confrontation will eventually ensue.

Hilariously, the owners thought they would get sympathy on social media:

The owners of the cafe posted the disturbing act on their Instagram page.

“So this is what we get for following government guidelines and just doing our jobs,” they wrote. 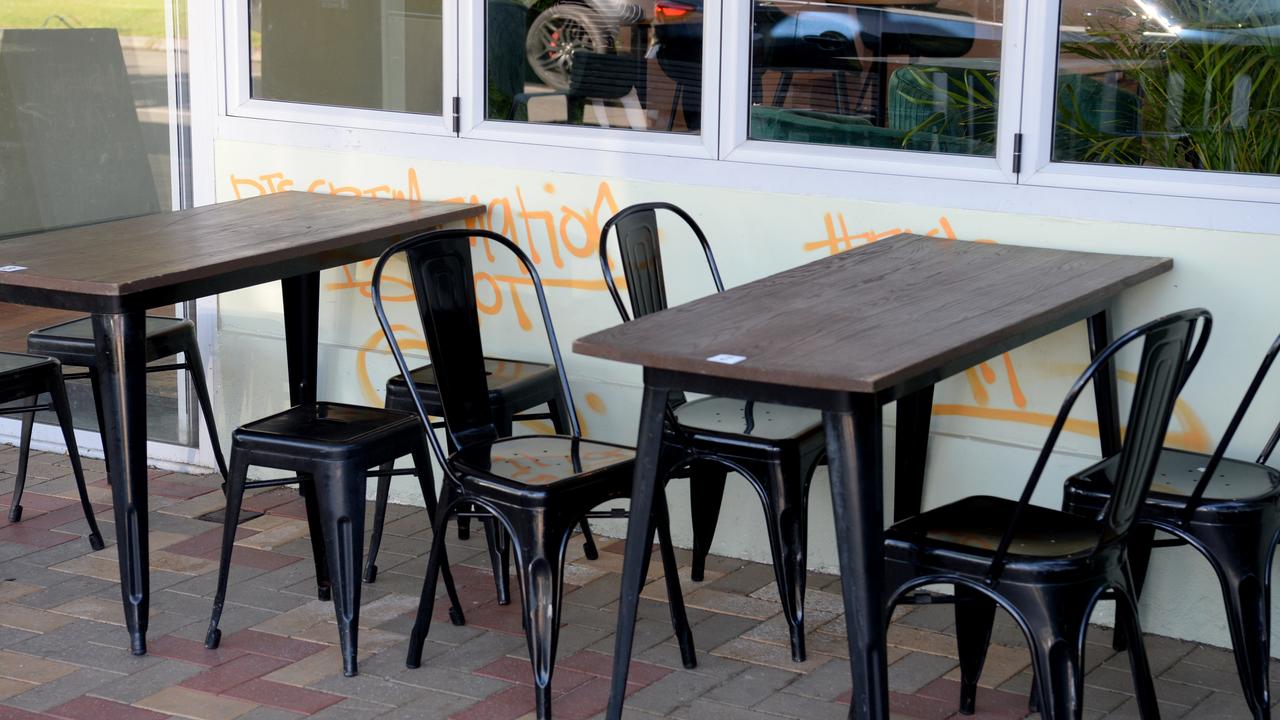 Since Melbourne’s sixth lockdown was lifted on Friday, only fully vaccinated patrons have been allow dine in at restaurants, bars and pubs across the state.

Unvaccinated customers have been forced to settle for takeaway only and Premier Daniel Andrews has warned those rules could remain in place until “well and truly into 2022”.

You’re not allowed to buy shoes either. Victoria’s Health Minister Martin Foley thinks that if you try to point out that this is silly, then you are silly.

Seriously this bloke should not be calling anyone else “silly” pic.twitter.com/DPpIWWgdnb

In the end he just comes off looking like a try-hard. 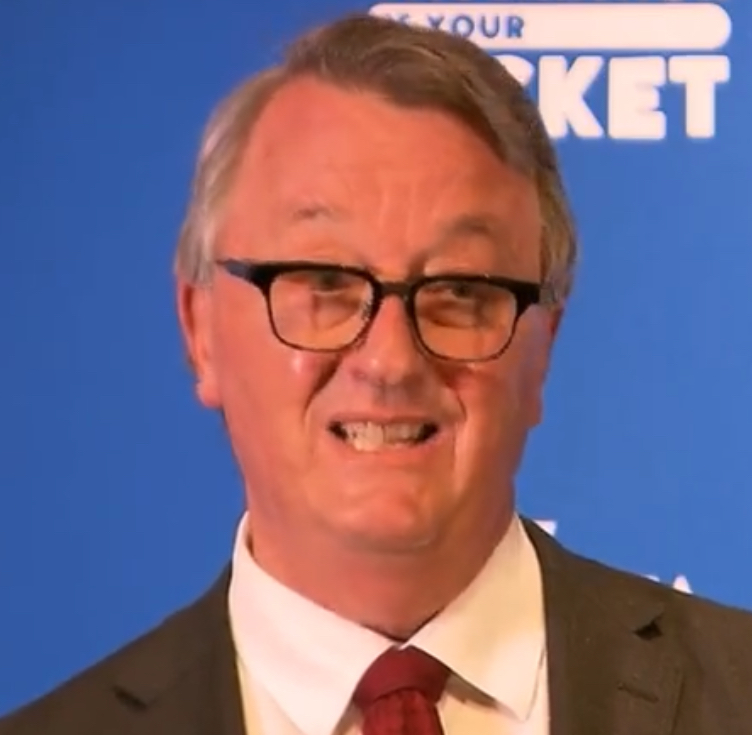 Anyway, as we have pointed out, the Victorian government is trying to compel ordinary people to enforce its totalitarian vaccine mandate because it simply does not have the resources to force everybody to follow them 100% of the time. It will try to make examples of rule breakers to scare as many people as possible into compliance.

Two can play at that game. Knowing that if ordinary people do not comply, the state cannot enforce its tyranny, purebloods are making examples of the sheep.