This article was originally published on September 23, 2020. Nothing has changed.

A helicopter passes at frequent intervals over my house a couple of times every 24 hours. It can be at any time of the day, sometimes after midnight. I have been woken several times when I was trying to sleep.

One time recently I went for a run at 8pm, after dark but before curfew. I was running at an oval near my house so I had unobstructed vision of the night sky. I could hear a helicopter but I could not see it. Either I missed it, it was flying very low, or it was flying without lights.

Do these people even understand what helicopters are really for? They’re doing it wrong.

Mate this baby is hovering over my joint, 4 Laps over my house and close. Might be about to get my door kicked on for incitement 👊 pic.twitter.com/xnvkNVM0Vl

Question for @VictoriaPolice – at 9:20pm last night the police helicopter was circling over the East Kew area for at least 20 minutes looking for curfew breakers. Why wasn’t that chopper in Warburton searching for a 14 year old boy lost in the bush?

Now why would a police helicopter be hovering over one of Australia’s most Jewish neighbourhoods over Jewish new year? 🤔

Before the lockdown you would notice an aircraft overhead from time to time. It’s not unusual. But the frequency with which aircraft fly over Melbourne’s suburbs has noticeably increased since the lockdown. One might even describe it as a tad oppressive.

Naturally, the “trusted sources” aren’t making a big deal of it. The search term “police helicopter activity melbourne” is obviously popular but the media appears uninterested. 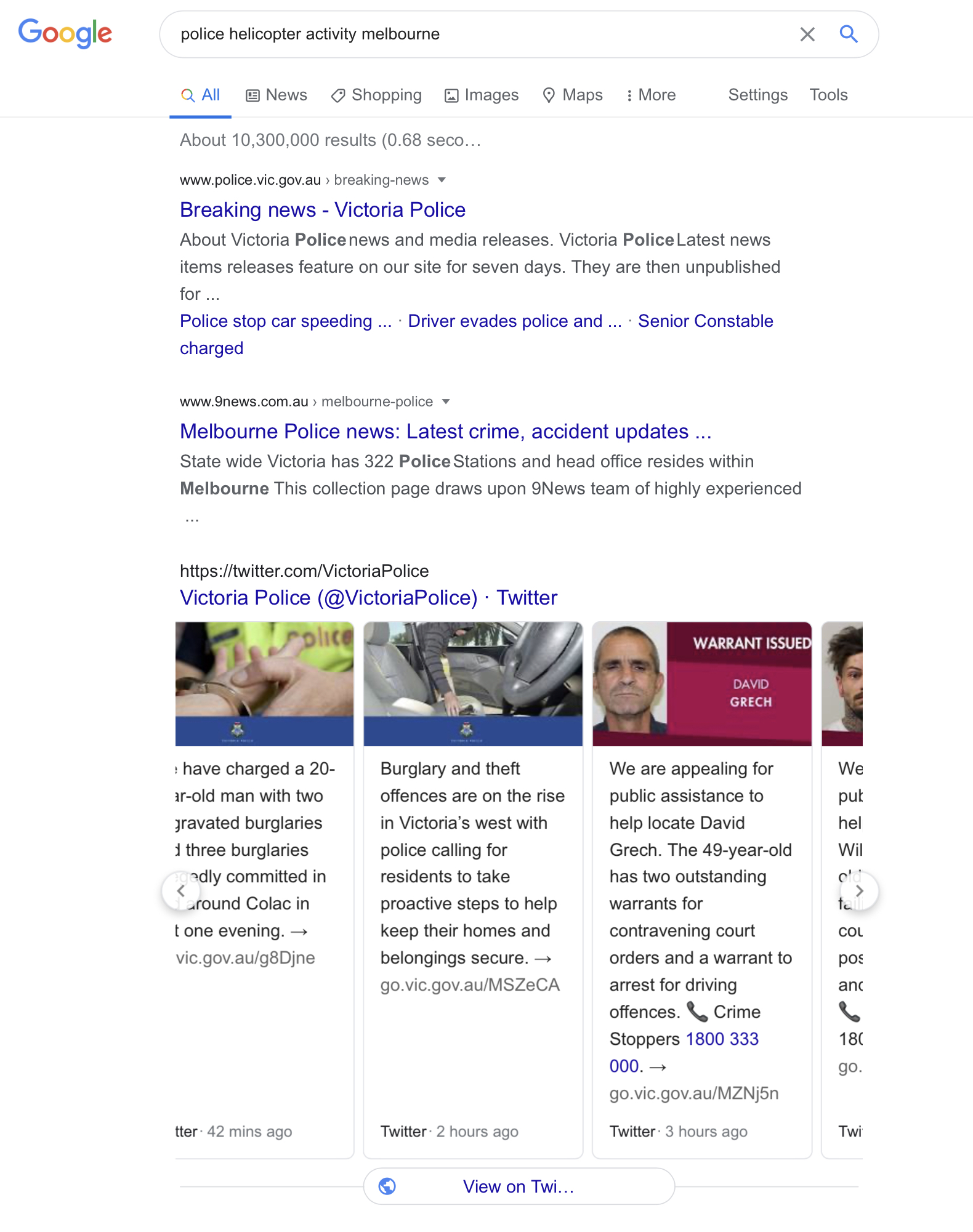 When you google “helicopter melbourne coronavirus” the most prominent result is from April, where the Huffington Post notes in passing that police will be using helicopters and drones to monitor ordinary citizens.

Back in 2015 when we were all still libertarians, what would you have said if I told you that in five years time the Victorian government would shut down Melbourne’s economy for most of the year, confine people to their homes for all but four activities, impose a curfew, brutally enforce the wearing of face masks in public, drag people out of their cars, arrest people for things they posted on the internet or even for visiting their neighbours, assault and arrest anybody who tried to protest against these measures, use drones and helicopters to monitor our movement at all hours of the day and night, introduce legislation allowing the government to detain people spreading so-called “conspiracy theories” and expand Victoria’s prison system, using the pretext of a virus which was promised would wipe out a significant proportion of the world’s population but in reality barely made a dint. 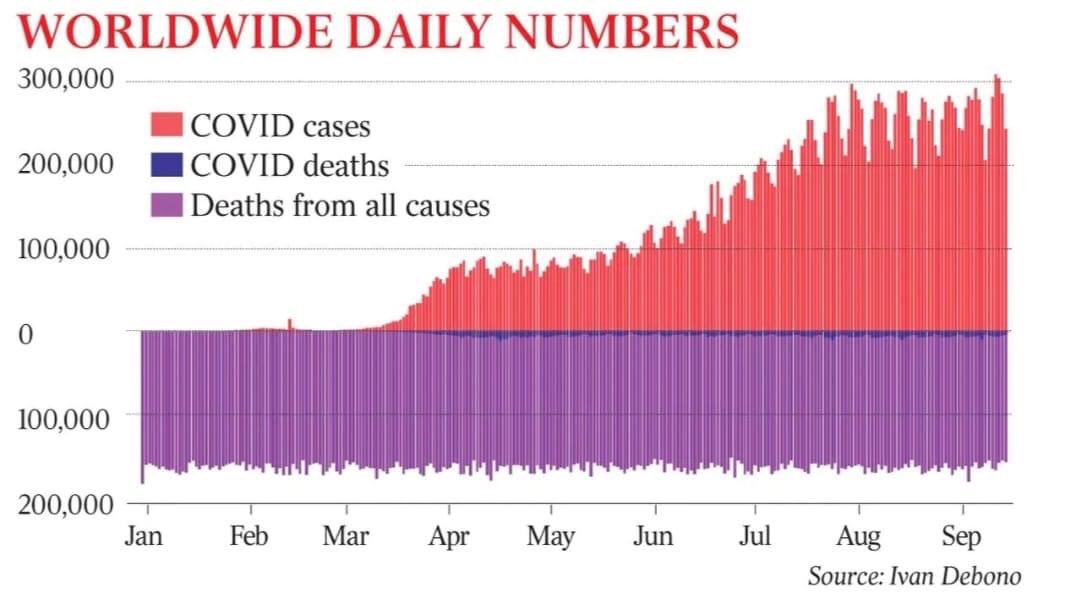 Those with foresight would note that given the already worrying track record of the Andrews government, the concentration of socialists in inner Melbourne and the demographic fragmentation deliberately encouraged across its sprawl, if it was going to happen anywhere, it would be Melbourne.

How to fight this? I would reiterate, the solution for us is always with us. Get redpilled on race and the JQ. Find likeminded men with whom to network and build a system of support. Transform your mind, body and spirit. Find a good European woman from your respective European ethnic group and make ten beautiful babies.