Some time in the last month or so, the Australian government under Liberal Party Prime Minister Scott Morrison decided that Australia should destroy its energy production, its food production and its mining sector in the name of reaching so-called “net-zero” carbon emissions.

It has done so without even the hint of a popular mandate, save some “polling” which nobody had ever heard of which they claimed proved that the Australian people supported it. In fact, the Liberal-National Coalition was reelected in 2019 precisely to stop something like this ever occurring.

This past week the real reason for the backflip was revealed – Australia’s so-called European “allies” have threatened economic sanctions if we do not comply with environmentalist suicide.

Fittingly the Murdoch press also decided it has always been at war with Eastasia and has been praising ScoMo as some kind of visionary. When one man in the Coalition, Nationals leader Barnaby Joyce, popped up last week to say no, the Murdoch press jumped on him just as viciously as the far left rags.

Barnaby held out precisely a week. Now the Murdoch Press is lauding him too, and that should tell you everything you need to know. 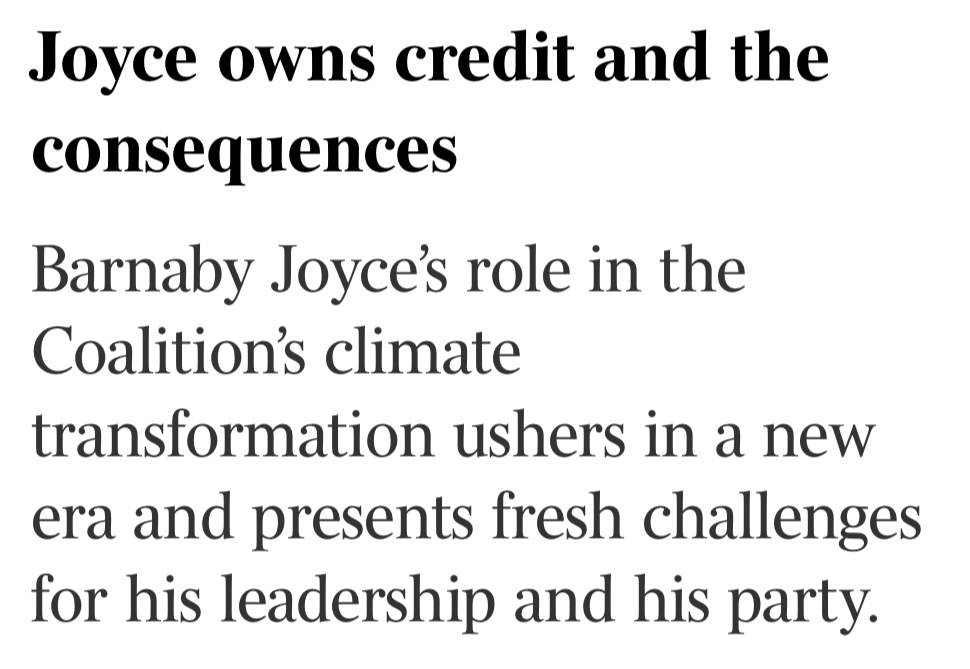 One week of pressure, and the man standing in the way of Australia’s economic ruin folded:

Nationals MPs have agreed to sign up to a net zero emissions target by 2050, despite the opposition of leader Barnaby Joyce, in exchange for a regional transition package and an extra cabinet position.

In a two-hour long partyroom meeting on Sunday, Joyce said the party had agreed to a “process” to support the net zero target, dependent on cabinet signing off on a package that would protect regional economies.

While details of the package are yet to be made public, it is understood it includes a new regional future fund and an extra cabinet position that is expected to go to the resources minister, Keith Pitt, who was dumped after Joyce became leader.

The Nationals MP George Christensen, who has repeatedly threatened to shift to the crossbench, told colleagues he would now reconsider his position in the government in protest at the party’s position.

Christensen should team up with other rogues such as Palmer, Kelly, Roberts and Hanson, as long as they understand there is no political solution.

Sources present at the meeting said Joyce finished the meeting by telling MPs he did not support it, but acknowledged he was not in the majority.

A tally of MPs had 12 in support of the net zero target, and nine opposed.

“We are in support of a process going forward that would go towards the 2050 emissions target – obviously that’s dependent upon what we see in the cabinet submission and reflecting the conversations in the agreements between myself and the prime minister,” Joyce said.

“Out of respect for absolutely everybody in that partyroom, I’m going to keep any position of any person, absolutely private.”

He said the “easy decision” would have been to reject the deal and “join other people in screaming and yelling from the sidelines”, but this would give the party no influence over policy.

“The conditions that we have negotiated are by reason that we have a capacity to do it in the Nationals. And without a shadow of a doubt, the position regional people are in now is vastly better than they were before we started those negotiations.”

It’s better that the people you elect to represent your interests capitulate to your opponents but stay on in government so they can whine for scraps.

The prime minister, Scott Morrison, said he welcomed the Nationals’ in-principle support and looked forward to “this matter now being finally considered and determined by cabinet.”

“We recognise this has been a challenging issue for the Nationals. I thank the [deputy prime minister] for his leadership and his colleagues for their considered support. I greatly respect the process they have undertaken in reaching this decision.

“Only the Coalition can be trusted to deliver a plan to achieve net zero emissions by 2050 that will protect and promote rural and regional Australia.

“Ensuring regional Australia continues to grow and prosper is a core objective of any Coalition government, and this will be central to our plan.

Australia is screwed. Not even the beef industry will survive if foreign environmentalists get their way: 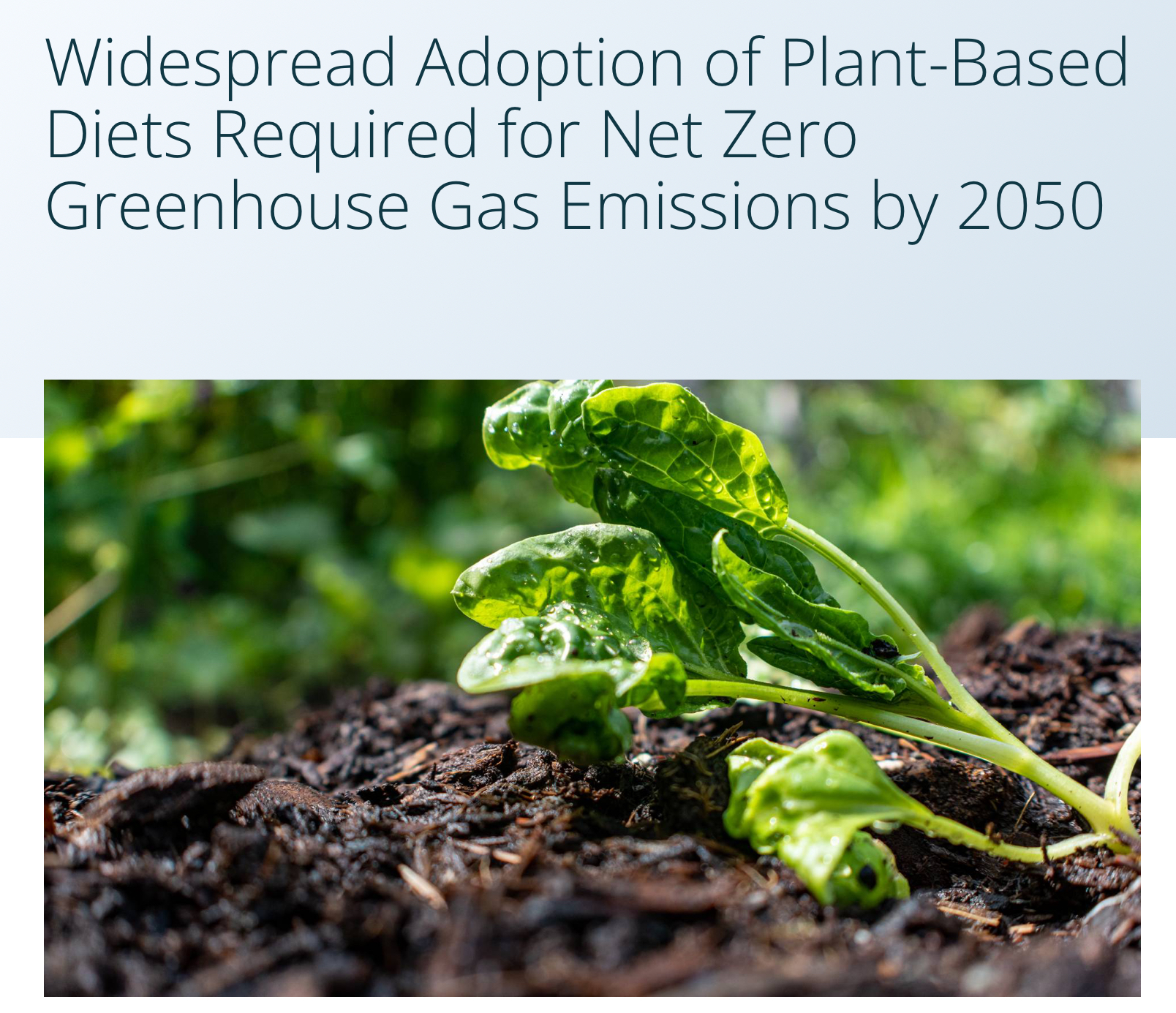 “Plant-based farming” is the new code for “eat the bugs”.

Intriguingly, now that the deal is done, it is okay to report that the Coalition’s voters are not happy at all about net-zero. One Nationals MP has already walked. Lucky they changed their excuse to “our allies threatened us”. 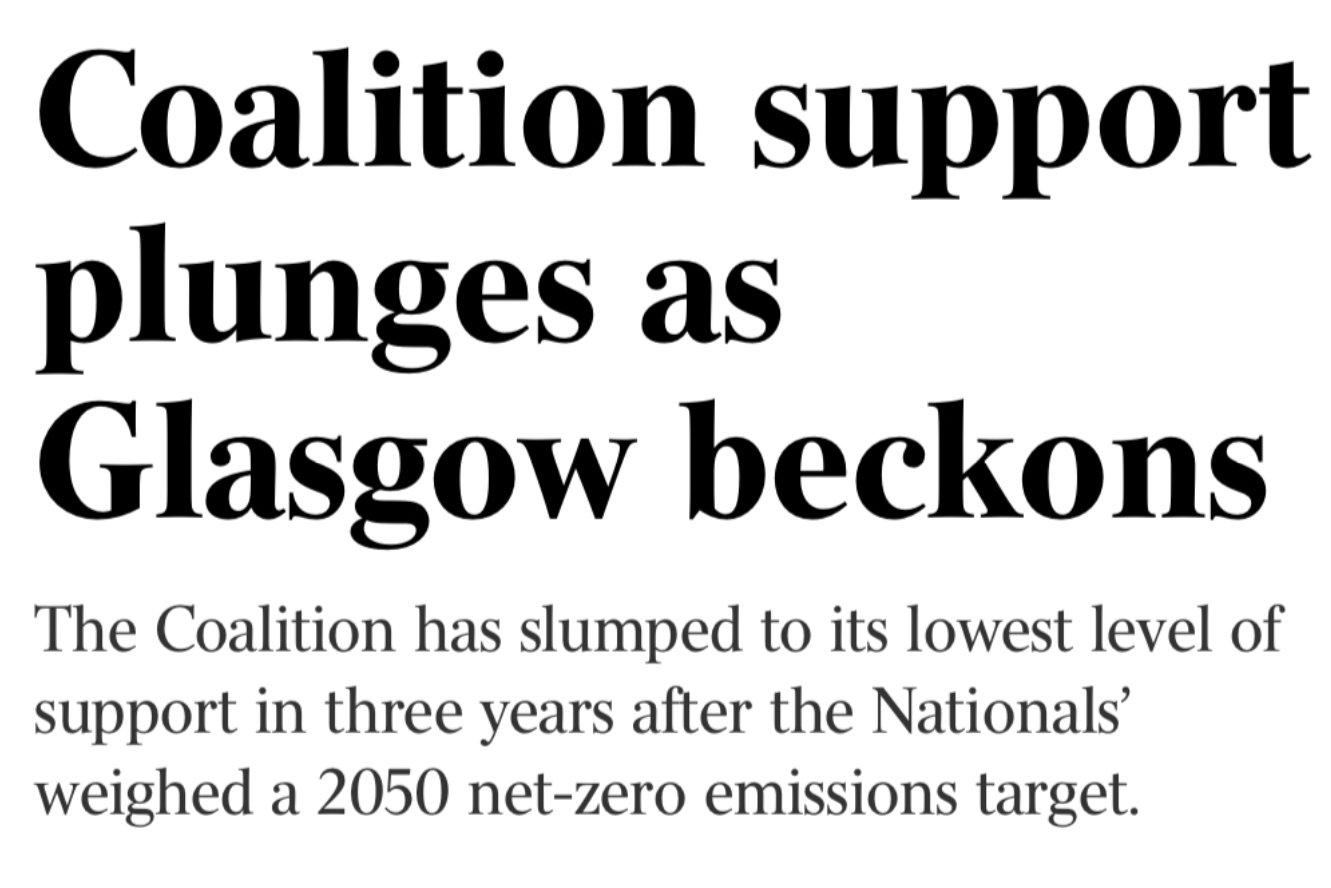 What could they possibly have said to Barnaby Joyce and the other Nationals MP’s to make them surrender so spectacularly?

What promises could they have possibly made? Surely a politician as experienced as Joyce would know that any assurance to spare “the regions” is barely worth the paper it is written on. What appeals to holding together the famed Coalition could have convinced him that loyalty to his government was more important than loyalty to his people? What dirt could they possibly have on him that hasn’t already been dragged through the tabloids?

This is inexcusable. Barnaby Joyce is a coward and a deserter.