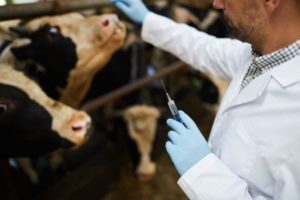 Unions have let down the worker long ago, having departed from the working-class traditional family values they supposedly once represented, in favour of globalist, rootless-cosmopolitan and sexually perverse agendas. We know that children are taught in school that there are no genders of male and female, that being White makes someone “racist” and that tradition is evil etc. This programming of our children is because of the powerful influence that the Marxist teachers’ unions have in the education sector, a result of their “long march through the institutions“.

There is nothing wrong with unions in principle. Uniting workers is a good idea.. In fact it shows that diversity is not a strength and that we are stronger as one homogeneous group. But when that group is being controlled by people with entirely different interests, this concept becomes dangerous.

Now unions are demanding that the working-class be injected like cattle, with experimental “vaccines”, with no choice or say in the matter. In short, unions represent the corporations, big pharma and oligarchs pushing the “New World Order” that has been predicted for decades. This is not just about injecting chemical agents with God-knows-what consequences, but a new system of control using vaccine passports, entailing a life of permanent surveillance, Chinese-style social credit system, one-world currency and Government, radical social engineering and population reduction. All of these things have been stated as goals either by the UN, World Economic Forum, Gates Foundation, Rockefeller Health or other groups out in the open.

So now that the working class are waking-up, the useful idiots, soy-boys and feminists who run the unions are struggling to control the message. I now give you the cringe Instagram posts that are a failed propaganda campaign by elites to co-opt the working class. It’s important to have a laugh in tough times, so a special thank you to the union movement for cringing-it-up for us. Check this out: 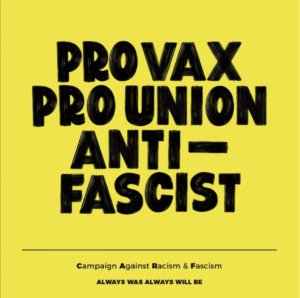 Cant see this being a catchy slogan with the tradies .. 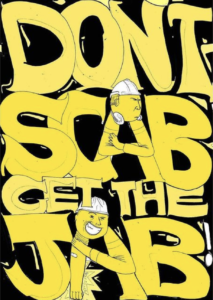 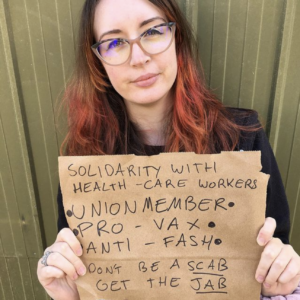 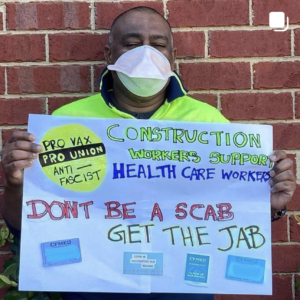 Mongo wont even open his eyes for this one. 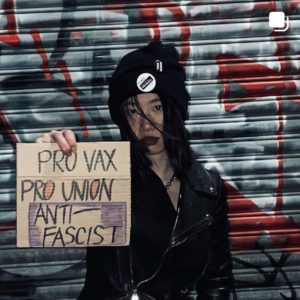 Unions pay sex-workers to promote the vaccine. Courtesy of Fuck The ABC Telegram. 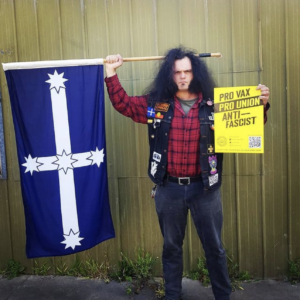 I think I saw this guy in both a police and fast-food line-up. 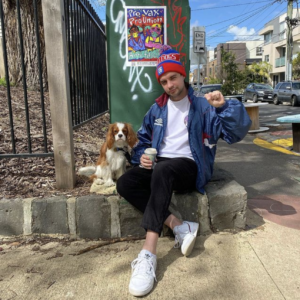 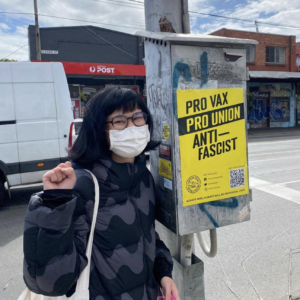 Unfortunately “pan-sexual” doesn’t mean she will cook you a stir-fry. 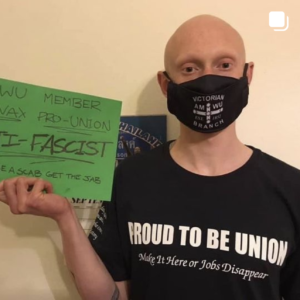 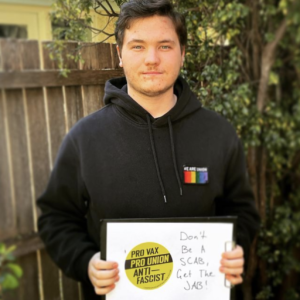 Check out the “working-class” rainbow badge he’s wearing.. He certainly would have to worry about scabs.. 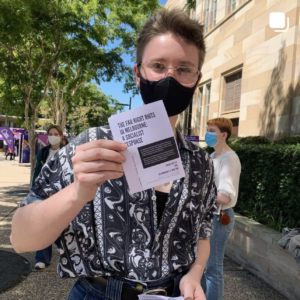