Jacqui Lambie sits as a Senator for Tasmania in Australia’s federal parliament. In comments made on an Australian news program, she has shown who she truly represents.

“I think people are getting quite agitated right out there now outside there Pete, and those anti-vaxxers out there, that 20 or 30 per cent, ah, the ones out there ah protesting on the streets and doing that sort of thing, I think you’re going to find the rest of us coming at you lock, stock and barrel, ah, and we’re going to be putting the pressure on you fairly hard because the rest of us that are trying to do the right thing by the country, and our kids, and get vaccinated and do the right thing, um, I think for you we’re going to start getting even more agitated and we’re going to start getting more hardcore and I think that’s what you’re going to see massive division out there, ah, and it’ll be us on the front foot, that’s what I think’s gonna happen, I think the tide is going to turn, on those anti-vaxxers out there and you are really gunna feel the heat.”

That was almost one complete sentence. I usually edit verbal stumbles out of transcriptions but I wanted to make a point. These are not Jacqui Lambie’s words. These are rehearsed talking points, deliberately crammed into one long rambling sentence in order to send a message.

Nothing a politician says on air is accidental. Normal people do not speak like that. Lambie uses the hint of strine in her voice and her colloquial vocabulary to ingratiate herself with ordinary people, but she is a ticket taker through and through.

This is crucial when we look at her comment “You’re going to find the rest of us coming at you lock, stock and barrel.” This is not so much a dog whistle as a direct threat. Traditionally in the Australian context this gun reference meant an intention to be assertive, but in the current climate it caries a distinct double meaning.

Australia was disarmed in 1996 when a functionally retarded man with no military training scored precise headshots in an unmitigated massacre. 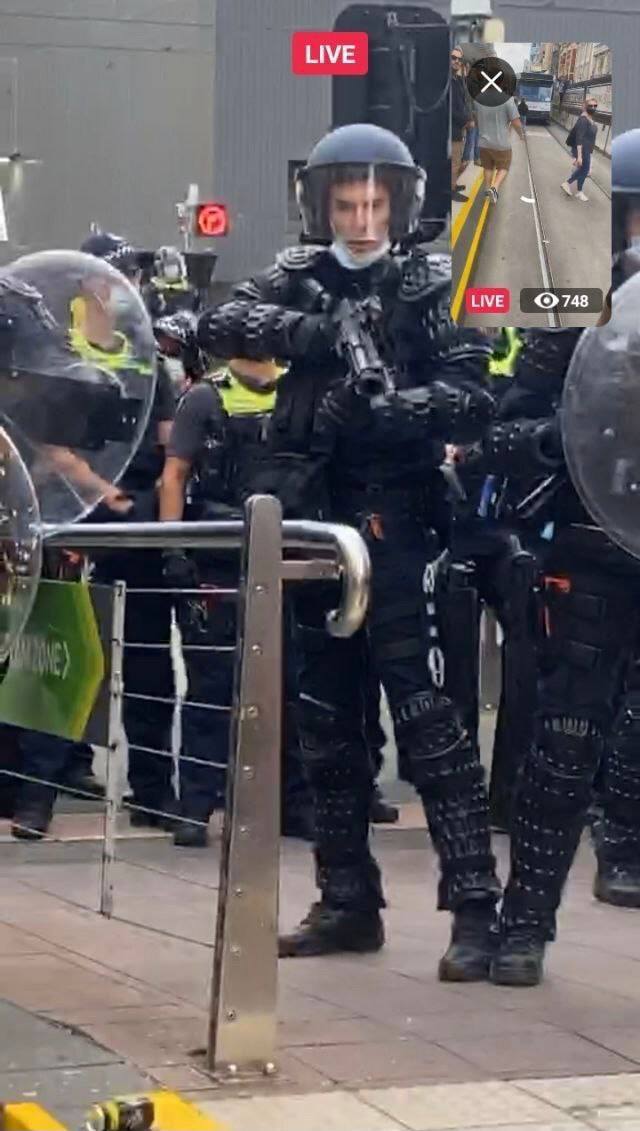 They regularly use heavy force in large numbers against lone individuals in order to intimidate not just other Freedom protesters, but anybody else who might be considering going to a Freedom protest.

Importantly, “lock, stock and barrel” was only one of several colloquialisms Lambie used to threaten the unvaccinated:

It is also incitement.

This isn’t coming from a senior government minister, this is coming from an inconsequential Independent Senator from the bottom of Australia. The ruling class is all in this together.

Big national protests are planned for next weekend and the Regime is signalling its intention to escalate the violence. Lambie’s job is to normalise this escalation, flip responsibility for it, and to frame the Regime’s violence against Aussie battlers as being inflicted on behalf of the Aussie battler.

Jacqui Lambie is a senator from Tasmania, the same place a man with a 60 IQ allegedly pulled off the largest mass-shooting the world had ever seen. The Government used this as a pretext to take all of Australia’s guns and disarm the population.