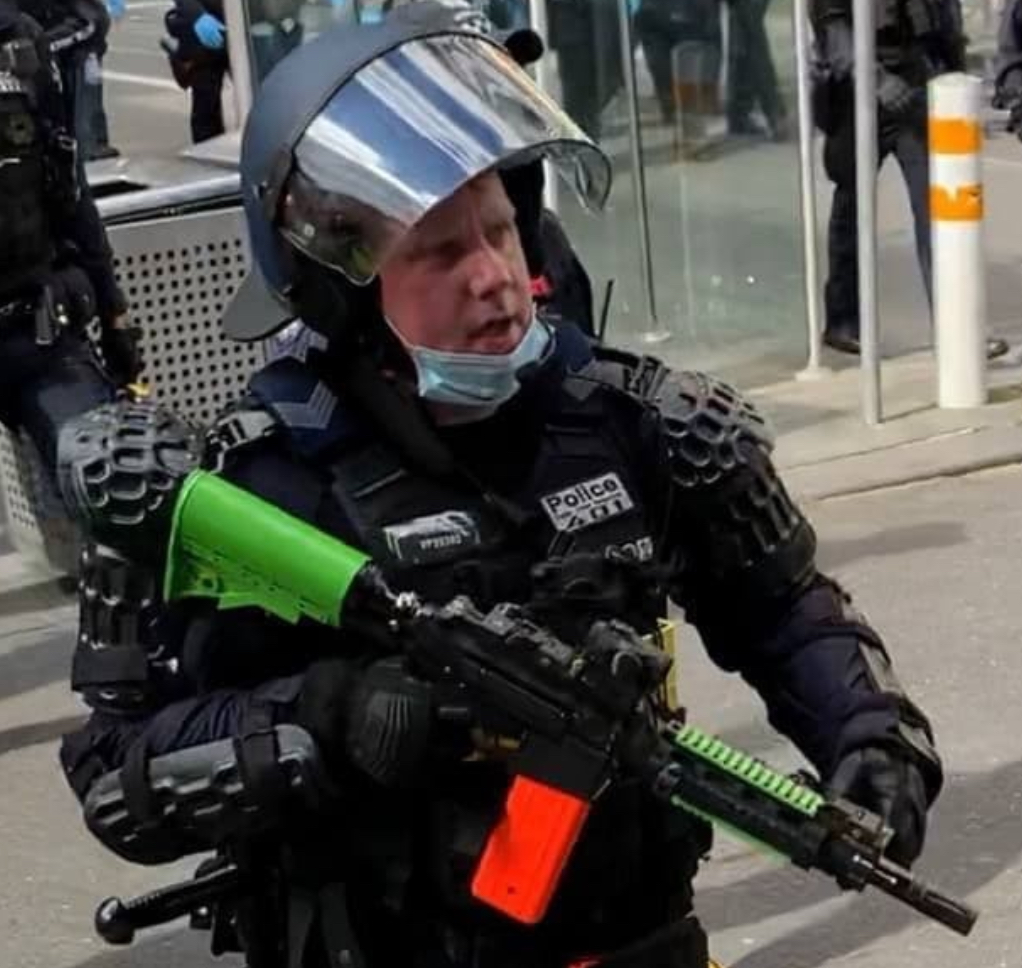 A $35K fine for sixty people who gathered in an “illegal” church worship in Sydney. A group of rescue dogs that were shot by a local council so that rescue center staff would not travel to pick them up under the guise of Covid restrictions. Police firing rubber bullets at lockdown protestors. Despotic state premiers refusing the prime minister’s call to reopen once 80% vaccination rates are achieved. Homes of Covid sufferers in South Australia to be marked so that their neighbors can rat them out to police if they breach tyrannical stay at home orders. Celebrities offered cash payments by government to promote the pro-vaccine propaganda line. The military ordered onto Sydney streets.

Why are we surprised? Did anyone think during a plague crisis, real or imagined, that our government would react in any way other than the most stupid, ineffective and damaging? Look at their prior form over the last sixty years. At all levels of government, from the federal to the state and to local councils, the results speak for themselves. A consistent rate of public failure. And underneath all, a foundation of endemic corruption.

What has been the most surprising about the latest events in Afghanistan is not the speed with which the Taliban routed a seemingly invincible enemy. Rather, it has been the schadenfreude of watching the too big to fail get its arse handed to it. And Australia as the lap dog of American imperialism is firmly included in this damning portrayal. We play follow the leader because we have no men with the courage to actually lead.

The truth is, we hate our government. We hate their continued ability to make the wrong decision and then reward themselves for it. We hate their unrelenting meddling in our lives at every level. We hate their constant embracement of every lunatic Marxist propaganda tool that is dreamed up by the legions of traitorous public servants working to undermine and destroy our Australian culture and way of life. We hate the ridiculously high taxation rates under which we suffer and the obscene ways in which government manages to waste this money at every opportunity.

We hate the constantly increasing levels of immigration invasion of incompatible cultures which have been flooding our cities for thirty years. We hate the fact that the Australian city with the highest per capita income is the artificial Australian capital, staffed almost entirely with the parasitical class which doesn’t even pretend to represent us at any level, and which looks down on us as worthless plebs who should have the good grace to shut up and do what we’re told as we fund their lavish lifestyles all the way into their guaranteed retirements.

We hate the fact that government at all levels will happily get down upon its knees for corporate phalluses but will never hesitate to make small businesses crawl over broken glass just for the pleasure of existing. We hate the never-ending welfare bribery that undermines the family and offers the young little hope of breaching its soul destroying confines. We hate the media and its relentless negative portrayal of ordinary Australians while it revels in its status of being members of the elite.

But most of all we hate the fact that they are incompetent. They are useless. They are the over-credentialed and unexperienced. They are stupid and ignorant. The sufferable ones are lazy which means that they interfere only when they have to. The bad ones are industrious in their zeal to inflict their destruction on the entire nation.

And they lie. Their capacity for mendacity is unsurpassed. Every word that leaves their traitorous lips, every sentence typed on their latest device, every thought that penetrates their thick skulls is a steaming pile of untruth. They think they are untouchable. They presume that they can do anything, that nobody would dare to raise a finger against them.

The reason that the Taliban won is because they were not afraid to die fighting a foreign invader on their home turf. They had nothing to lose; better a short life fighting the hated occupier than a long life of misery chaffing under the foreign whip. Our governments are now so far removed from the Australian people that they may as well be a foreign occupier. And people, ordinary people, are reaching the point where they also have nothing to lose. Is a small church congregation really going to pay a $35K fine? Or will someone finally decide that enough is enough and that it is time to take back our stolen nation.