Recently in America Critical Race Theory (CRT) has been all over the internet and on the mainstream media as the Biden administration pushes government departments, schools, universities and corporations to teach and embrace its dialectics. Anyone who reads XYZ knows the history of CRT, often referred to as Cultural Marxism and its predominant creator Max Horkheimer from the Frankfurt School who just happens to have a particularly big nose.

CRT is the backbone of systemic woke antiwhite culture that recently made Parkdale High School famous around the world for psychologically abusing its white students.

There has not been much chatter in Australia regarding the subject of CRT but here we have a lesson on both CRT and the way antiwhites infiltrate the ‘right’. Infiltrators are the cuckservatives, gatekeepers and controlled opposition who pretend to push back but always give ground. They are the kind of people who say, ‘the left are the real racists’ or ‘Islam is our biggest problem’ or ‘China is our biggest threat’.

Compromised Nationalists and Infiltrators were carefully selected and funded to lie and mislead their followers about the nature of the threats at hand and to change the dialectic to render their followers defenceless. Recently Dr. Karlyn Borysenko was very poorly chosen by Prager U to try to stop people from stating that ‘CRT is Antiwhite’. It spectacularly backfired on her as she was taken apart by Jason Kohne of No White Guilt fame.

I encourage everyone to watch the following videos so we can identify these kinds of subversions in Australia and notice how fearful these evil predators are of the term ‘AntiWhite’.

Naturally if hideous Antiwhite doctors (?) like Karlyn don’t want you to use a phrase then you must use it in every conversation. We can take back our destiny by embracing the Lexicon of Going Free. 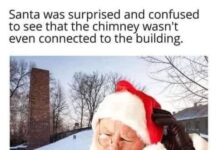 Germans: The World’s Most Persecuted People