A Church Service in Narre Warren was disturbed today by Victoria Police. These actions were in clear breach of the God given rights of the Australian people to worship our Creator.

This police brutality against Christian worshipers was initiated under the pretext of coronavirus lockdown restrictions instituted by the Weimar Victorian government.

Given that the behaviour of Victoria Police officers was so over the top, it can be expected that they will shortly face charges under an obscure law which has recently seen Australian nationalist activist Neil Erikson go to prison for a month. (At the very least the officers involved can expect to undergo a rigorous deradicalisation program.) Erikson was arrested and charged with Disturbing Religious Worship for saying that mohammed was a false prophet at a so-called “islamic prayers” event held at Melbourne’s Federation Square in 2019.

He was not violent toward anybody at the event, although he received unnecessary brutality from Victoria Police and has been vilified by the Lying Press.

However, so-called vegan activists recently disturbed religious worship at a Greek Orthodox Church in Melbourne’s inner north recently and as far as The XYZ is aware, these revolutionaries have not been charged with Disturbing Religious Worship. 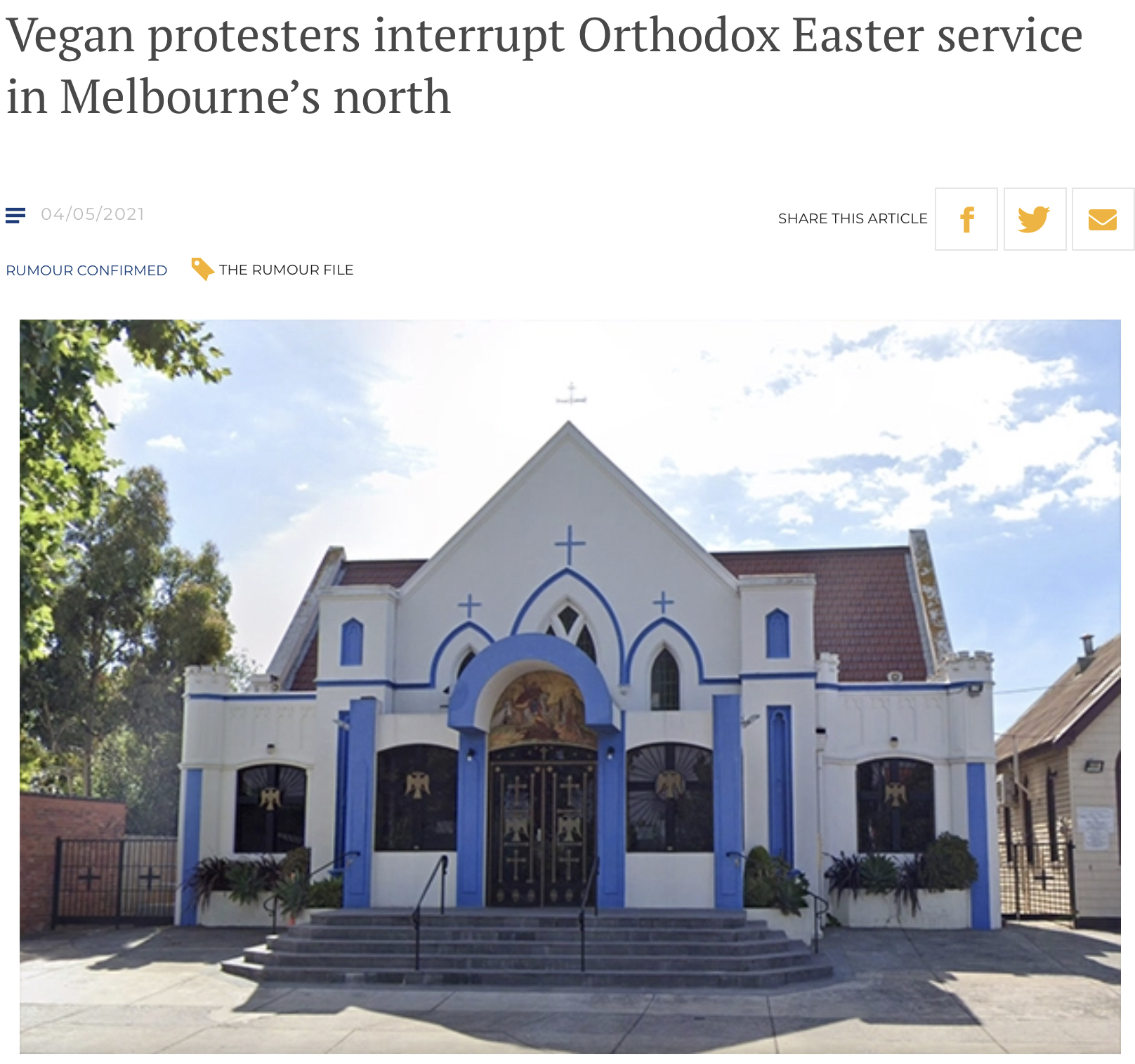 If these communists and Victoria’s Stasi are to escape prosecution for their actions, it will give the impression that Australian Law is being applied in a biased manner in Victoria depending upon political affiliation and factional loyalty.