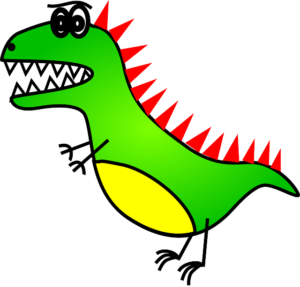 The XYZ can reveal today that a preschooler living in Melbourne is undergoing transition surgery to become a Tyrannosaurus Rex. In an exclusive interview with his parents, who describe themselves as “daringly progressive” we learned that “Jimmy” (not his real name) has been obsessed with dinosaurs for the last four months:

“Some days, he only communicates with us by roaring. Last week, he chased the dog with his mouth open for hours, and we have caught him pretending that the garden hose is his tail. We think it is obvious he is not really a little boy at all. Some of our friends have even suggested he could be a missing link. I think it goes without saying that we are very excited.”

This XYZ reporter attempted to speak to the little one, and got a very nasty bite on the arm for his trouble.

The procedure “Jimmy” will undergo to become a dinosaur is believed to be unprecedented. Rather than a regular operating theatre, an aircraft hangar will be outfitted to turn a young human who is approximately half a metre tall, into a 12 metre long, 6 metre tall killing machine with 60 bone-crunching teeth.

“We understand it is entirely possible that Jimmy, once turned into a real-life T-Rex, may kill us all, and cause untold damage throughout the city. But who are we to judge someone for their lifestyle choice? We believe that nature has a way of finding a balance.”

The XYZ can also reveal that this is not the first transition to occur in Jimmy’s family. It is believed his older sister transitioned to become a slut when she became a teenager, and his father is assembling parts so he can transition to become a fully-operational aircraft carrier battle group. 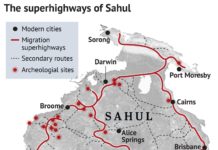