Ben Raymond, the co-founder of British nationalist organisation National Action finds himself up on a ridiculous charge of “terrorism”.

The word “terrorism” has been stretched, subverted and inverted so badly by the anti-White Regimes that it has lost all meaning. Anybody who opposes the demographic replacement of native European peoples in our own countries is now labelled a terrorist. In reality it is the anti-White State which is inflicting terror upon its White citizens.

There is a wealth of good commentary on this latest farce on Telegram.

This is a disgusting act of petty vengeance by the British establishment. Whatever you think of his extremely controversial political career, Benjamin Raymond had been retired from active politics for years.

Since 2016, he has been tireless in exposing the abuses of the British counter-terrorism system, and supporting political prisoners. He had watched the state torture and imprison his friends for their political beliefs, while the media demonised them as terrorists. Unlike some cowards in the wider movement, he never once denounced them, or sided with our enemies.

It is possibly for this reason that the British government has managed to magically find new evidence about things he allegedly did in 2017. Anyone with half a brain can see that it doesn’t take four years for one of the best funded arms of the state to search through existing evidence. It’s the most obvious example of political persecution imaginable.

We stand in full solidarity with Benjamin Raymond, and all British National Socialist political prisoners.

“Terrorism” is just a vague legal category that Big Brother uses to proscribe threats to its power. The multi-racial system is coming apart at the seams and anything that is accelerating that inevitable collapse is being shut down to keep the sinking ship afloat. Most of the people arrested on these grounds did not engage in any terrorism. The best Big Brother can come up with is some edgy memes, internet chatter and vague references to violence that the accused are unlikely to carry out.

In many cases, the accusations are entirely groundless so Big Brother cooks up a case based on “documents” in the possession of the accused that they can interpret as having some reference to violence.

So apparently in 2021, even reading something that may or may not reference violence will see you in hand-cuffs. If that’s the case then every Moslem should be arrested for possessing the Koran which has innumerable violent passages about killing infidels. But we all know Big Brother’s little game only applies to patriotic white men and not the brown invader force they’re using to replace us.

And from Thomas Sewell:

The British and Australian Governments are being controlled by international Jews.

These Jews have commanded these Governments to lock up political dissidents who speak out against Jewish power.

In a Country of laws, you can not lock up people simply for upsetting International Jewry.

However, the Government can go through a process of proscribing any organisation they don’t like as terrorists and then imprison the members regardless of whether they have committed a crime.

We must show solidarity with Ben Raymond and all of the British, Australian and global political prisoners who are being imprisoned for standing up against Jewish power.

Western governments are now blatantly just making stuff up to arrest White guys for no reason and calling them terrorists. As the experience with internet censorship during the Trump presidency demonstrated, there is absolutely no point in thinking that if you just keep your rhetoric, your euphemisms, your optics or your ideology just a few steps back from the guys currently getting all the attention, you will stay out of trouble.

They are coming for everybody, so everybody should stand with everybody, whatever the cost.

Eventually they are going to push us to the point where White guys just stop giving a shit. May as well be now. 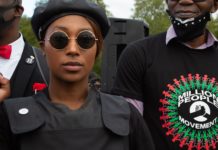 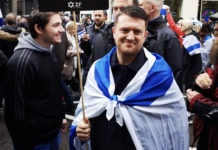 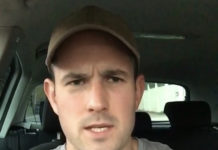