The XYZ got in early a few weeks ago on the overly publicised Oprah interview of Prince Harry and Meghan Markle.

There is only so much you can lampoon the way the press deliberately put Meghan’s name before that of the Prince into whose family she actually married. 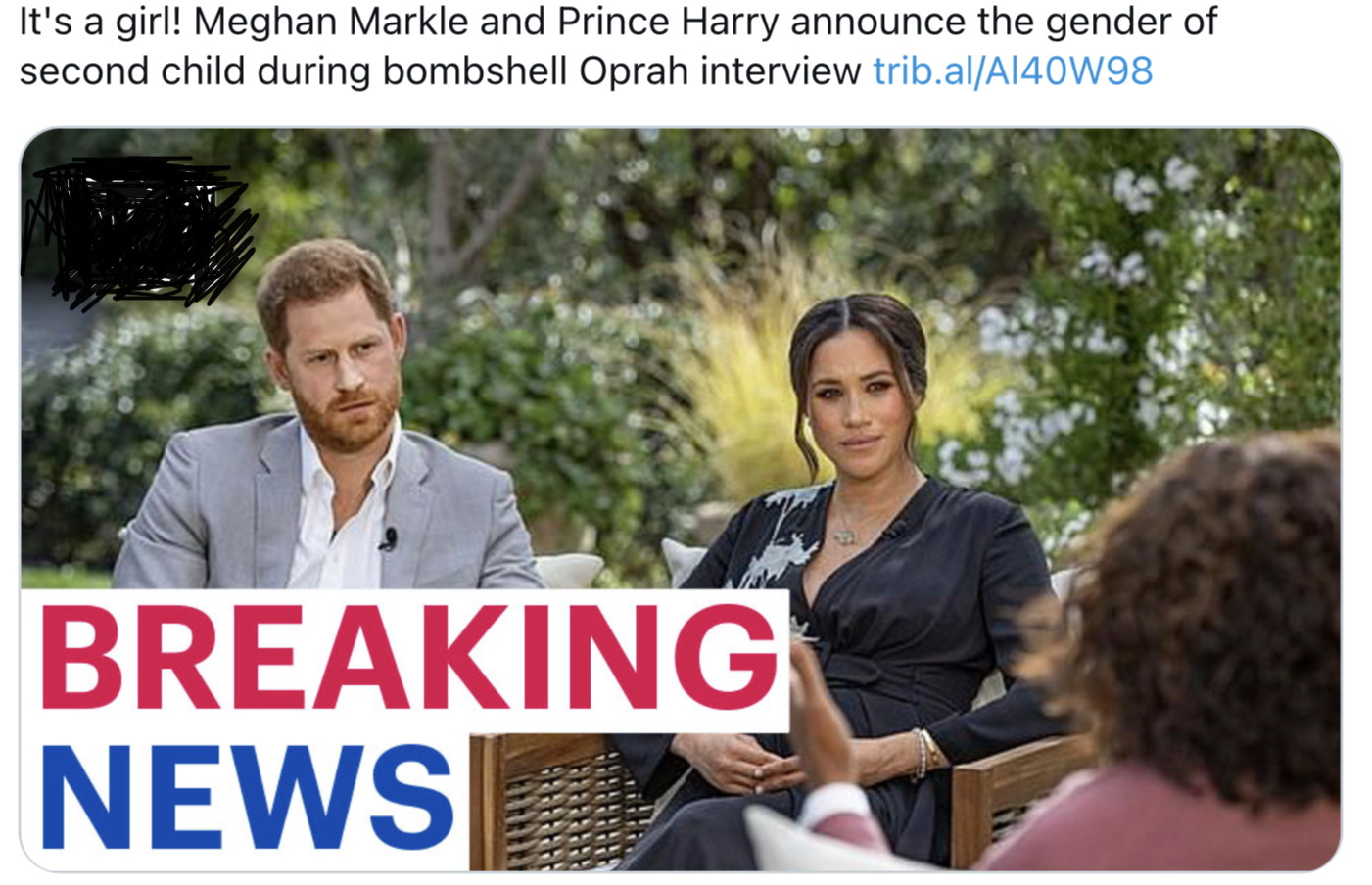 As usual, The XYZ was spot on the mark. 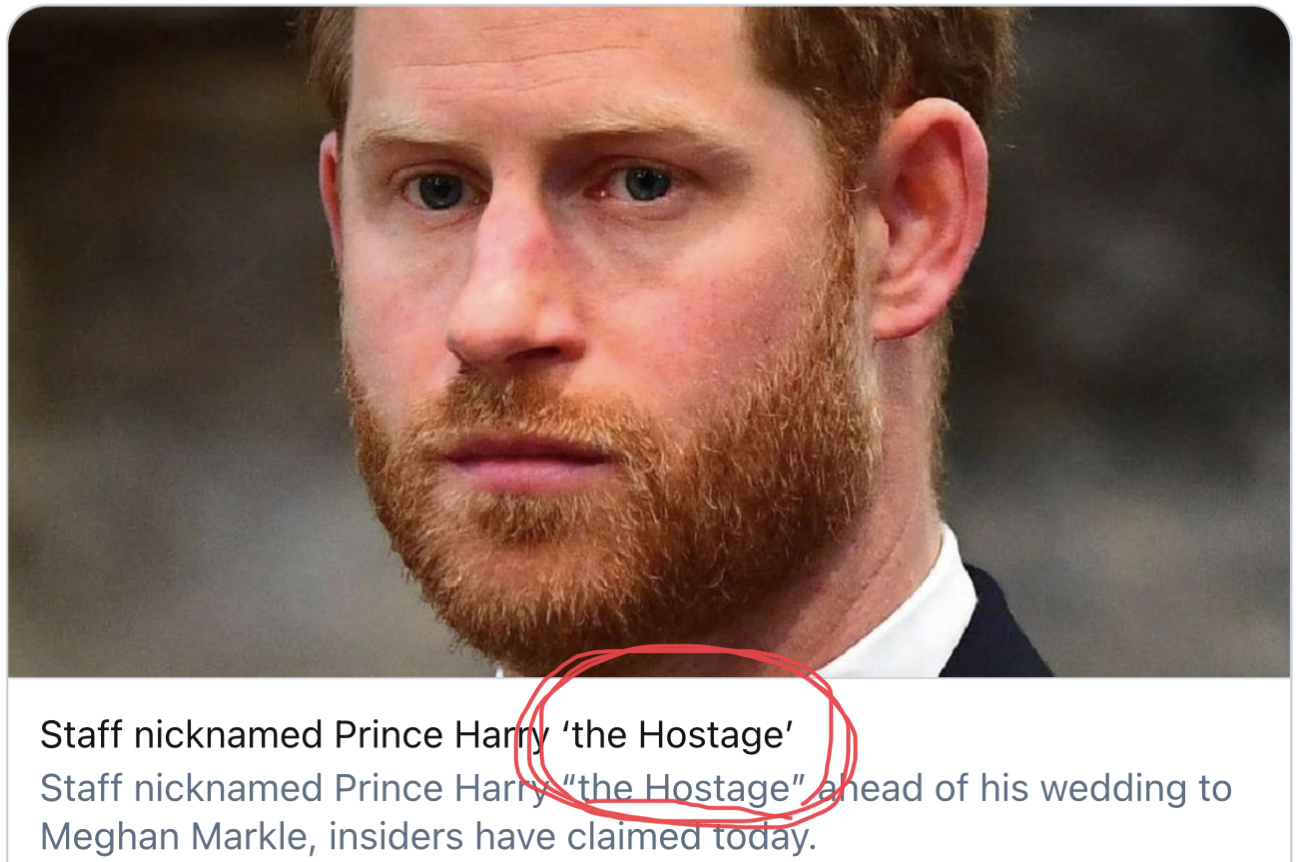 The Hostage. He keeps playing with his ring.

People may wonder what on Earth happened to Harry. He used to be cool. 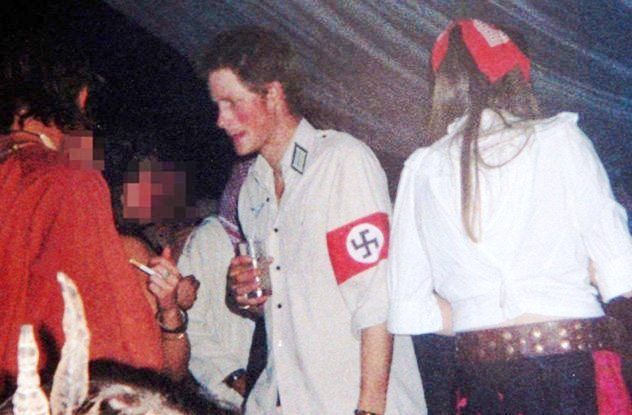 But now he’s a cuck. My theory is that he rightly blames the royal family for his mother’s death and is understandably trying to get them back. It is also highly likely that he is the victim of satanic rituals, given he is a member of the elite. The problem for him now is that he has jumped out of the frying pan into the fire. It is clear that the part african Meghan is a lying witch.

How many people do you know who blink SEVEN TIMES in 2.6 seconds while saying “That’s the truth.” pic.twitter.com/RFjKoU9C1f

Meghan knows how to play the race card, and she plays it well. 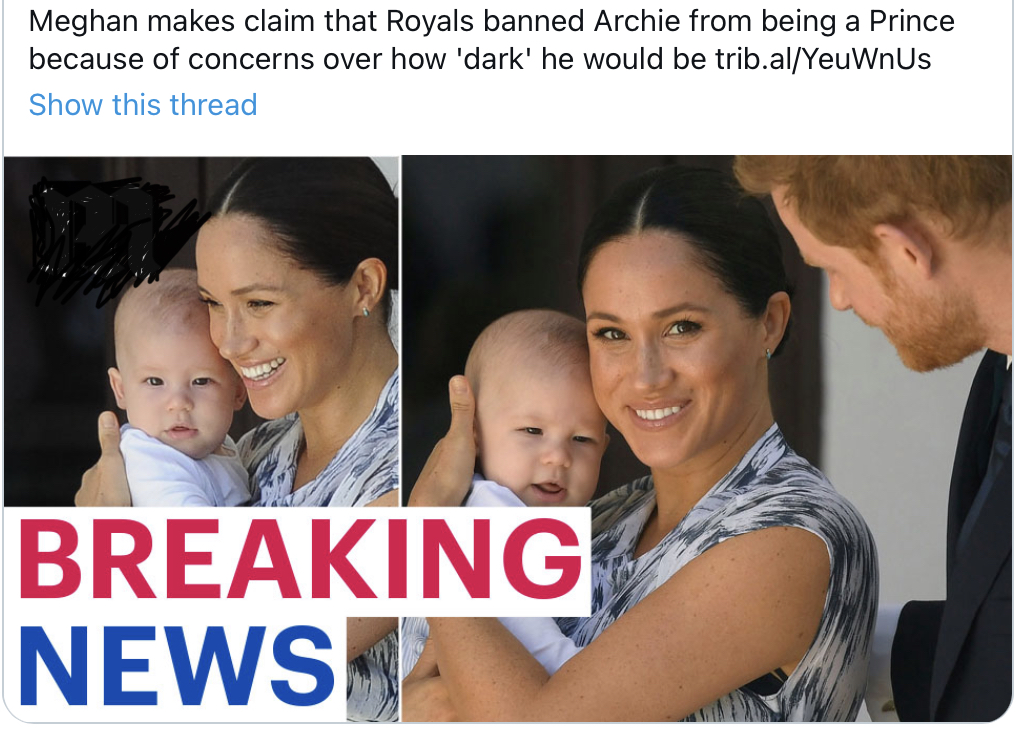 All of this was predicted of course several years ago by Adam Piggott.

This is where I see an upside. Most members of the elite keep their mouths shut because they have too much to lose. However, Harry is systematically losing everything that makes him who he is – his family, his race, his masculinity, his own identity as a human being – and he is being humiliated in front of the entire world in the process. What happens if Harry has nothing left to lose?

In the poorly labelled satire I wrote on the Meghan and Harry, I made a point at the end which I believe is 100% accurate and the truth:

“Basically we are trying to degrade and humiliate Harry to the point where he either kills himself, or slaughters his enemies it an unprecedented burst of righteous anger. The tension as to which way it will go is almost killing me. I hope it lasts.”

The pent up rage of the entire Aryan race is epitomised, is symbolised, by Prince Harry. He is our avatar.

Which way will he go?