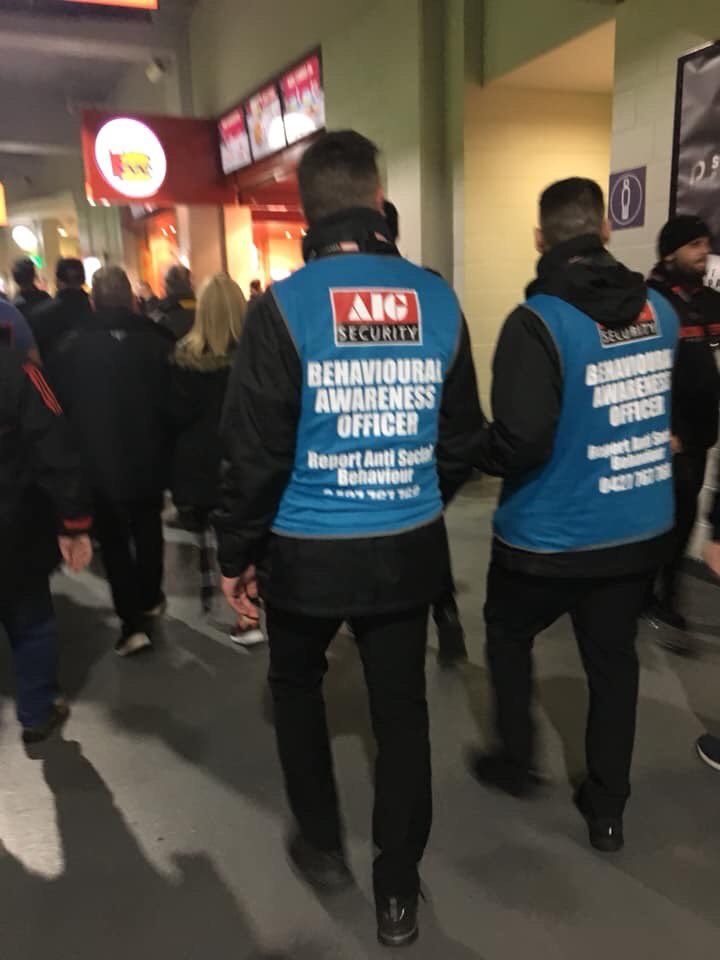 The AFL has been slammed by everybody in Australia with an IQ over 12 for its deployment of Thought Police, euphemistically referred to as Behavioural Awareness Officers, at the footy. Basically, everybody agrees that the AFL is run by complete wankers.

“I just hope that the AFL gets the balance right and they don’t get too heavy-handed on this, ­because you don’t want to see the spark, the joy that a footy match provides, being taken away.”

Hawthorn legend Dermott Brereton described the use of the “Behavioural Awareness” officers as “the most ridiculous principle the AFL has instituted in years’’.

“It really angered me to see that,’’ he said. “How ridiculous to infringe on people’s basic human rights to go along and enjoy their lifestyle, the way they have for over 100 years.’’

It is refreshing to see this high level pushback. The question is whether or not the pushback can be sustained and determined. If the AFL finds a way to quietly institute this policy in a few years time when we have all forgotten about it, it will all be for nothing, just like every other cuckservative pushback.

This is why the comments of former Victorian Premier and sometimes cuck Jeff Kennett matter:

The Hawthorn president warned AFL bosses their sanctione­d censorship of fans could ­ignite a dangerous backlash after security staff were accused of ­intimidation at matches in Melbourne­ on the weekend.

“If the AFL is going to be the ­adjudicators of how people are participating in the game … or there is an ‘expression force’ that is coming in to tell people what they can say, they are playing with fire,” the former Victorian premier told The Australian.

“The more the AFL tells the public whether they can boo or not, the more likely they are to go the other way. We have been doing it for 150 years, for goodness sake.”

Spot on, and good choice of words which highlight the Soviet nature of this idiotic policy. Kennett’s interview on 3AW this morning is where it gets interesting:

Earlier today, Mr Kennett highlighted the ethnic background of the staff during a 3AW interview.

“I’m not being racist when I say this, but when I saw some of the footage, the people who are making judgments while they wear these authoritative coats, are not people who appear to have a great knowledge of our game,” he told host Neil Mitchell.

“And yet they make judgments about what’s correct and not correct.”

Almost there, Jeff. Come over to the light.

Mitchell replied: “We don’t know that.”

“We don’t know that and they could be born here,” Mr Kennett said.

“All I’m saying, is the sporting arena is where people relax, where they support their tribe, and what is happening now is unacceptable.”

After the interview, Mitchell said: “I don’t think ethnicity has anything to do with this at all.”

Of course you don’t Neil, you friggin’ boomer.

Asked by The Australian whether he stood by his comments, Mr Kennett was unapologetic, saying he hoped Marvel Stadium’s decision to introduce behaviour awareness officers to control crowds at AFL matches “gets knocked on the head very quickly”.

“How is anyone going to judge anyone else’s behaviour, let alone people who were probably weren’t born here, don’t know the code, probably don’t play it?

“Are we going to just employ security guards or people monitors without any experience at all to come along and sit in judgment of people who have been going to football matches all their lives?”

Obviously to the usual blue tick crowd this kind of talk makes Jeff Kennett literally Hitler, so more power to him. To the average middle Aussie, this kind of talk is like stale bread to a starving man. We are not allowed to talk about race, so the moment somebody does, even when the words are as carefully chosen as this, something stirs in us because we are acknowledging a part of ourselves that we usually have to deny.

Points to Kennett for having the guts to talk about race and for refusing to back away from his comments. The problem is that Kennett has taken the usual cuckservative option when talking about race – he focuses on culture. It leaves wriggle room for the globalist AFL to propose making sure sure they employ foreign invaders who have fully integrated into the Australian way of life, or to provide cultural sensitivity training to those who haven’t.

It leaves open the potential to be tied in knots over where to draw the line between good immigrants who assimilate and bad ones who can’t or won’t. And it gives respectability to the invented term of “racism”; the term “racism” is an anti-white slur which was invented by globalist communist internationalists as a tool with which to undermine the ethnic homogeneity of white nations.

The foreigners employed by the AFL to tell real Australians to watch their mouths are not Australian, they do not belong here and they must go back. Australia was founded in order to provide a homeland for the Anglo-Celtic progeny of the British Empire, and this is enshrined in our Constitution. The purpose for Australia’s founding was betrayed by Liberal and Labor governments which opened the doors to immigration from outside our homeland without our consent.

Thus the image of foreigners ordering our people to keep their mouths shut at football matches, and kicking us out if we don’t obey, is a disgraceful symbol of our slavery to political correctness and the demographic replacement it is intended to achieve. 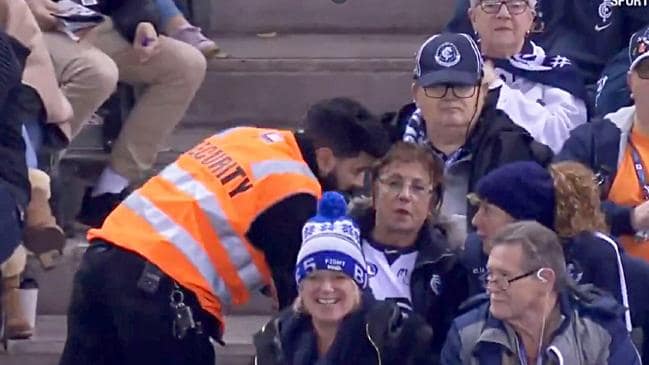 This is why we have to talk about race. And go all the way.