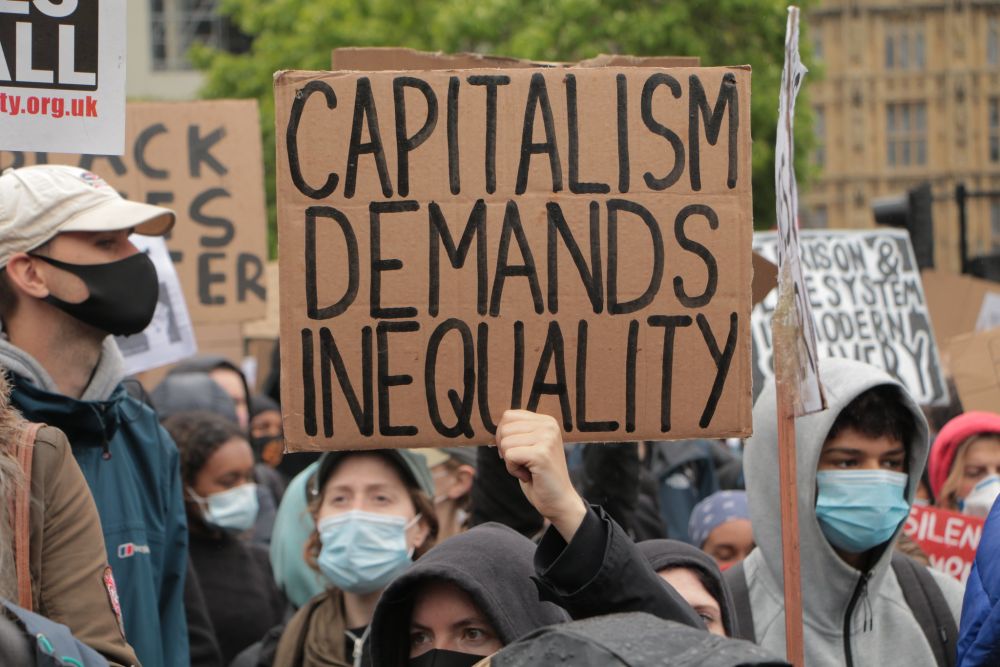 In recent years there has been a renewed interest in Socialism, to most people who saw the Soviet Union collapse that’s quite a surprise. But should it be?

Socialism and Communism are not the same thing, although they are closely related. Communism says that true Socialism, i.e. Communism, can only come about in a Communist state. Socialists however come in a spectrum, from workers have rights, to the government should make life fairer, to the government should control and run the economy. When you’re at that level you’re pretty close to Communism. My point being that while Socialism can lead to Communism, it can also lead in other different directions.

Socialism is not as old an idea as Communism, it came about in the early 1800’s and it came about because of a particular reason. The Industrial Revolution and Capitalism. There are two broad definitions of Capitalism, 1) any private business, farm etc. 2) A form of money lending used by banks to group capital together. Capital meaning money that is used for investing. This is normally done by big business. It is the latter definition that I am using when I talk about Capitalism.

Before the Industrial Revolution most people lived and worked on farms, and even people who lived in towns or as miners worked in, what today would be called a small business. That changed as factories got bigger. Working conditions could range from quite good to quite bad. But for most the real change was that they were no longer their own boss, instead they had to work to the clock. On the farm, work was often hard and dirty but you were not so regimented. Work changed as the seasons changed and sometimes the work was relentless and at others very easy.

The best employers built housing for their workers and tried to look after them – when was the last time an employer built a house for you to live in?

The worst helped birth Socialism into existence. They were not interested in their employees, as far as they were concerned there were plenty more were they came from. It encouraged the idea that bosses and workers were enemies. Ideas that Communism would codify and exploit. It is no coincidence that Socialism arrived and grew at the same time and in the same place as Capitalism. Workers saw Capitalism as the thing that attacked them and made their life bad. If it could be destroyed, or even brought under control then the lives of the workers would improve.

We now live in a post-industrial world and the struggles of those times seem quite distant. However, many of the same problems have come back in force and many wonder why.

Workers are once again in an environment were life is economically hard and uncertain. Where people are desperate for certainty and they are prepared to give up freedoms to secure a decent standard of living. The only real difference between now and then is that today these workers are overeducated and back then they were undereducated. But it is the same issues that have arisen.

But they both have something in common, they both believe in big; big business or big government. The Traditionalist answer is to turn things around, to having business and government not as big as possible, but as small as possible. Some things need to be big, but that should be the exception and not the rule.