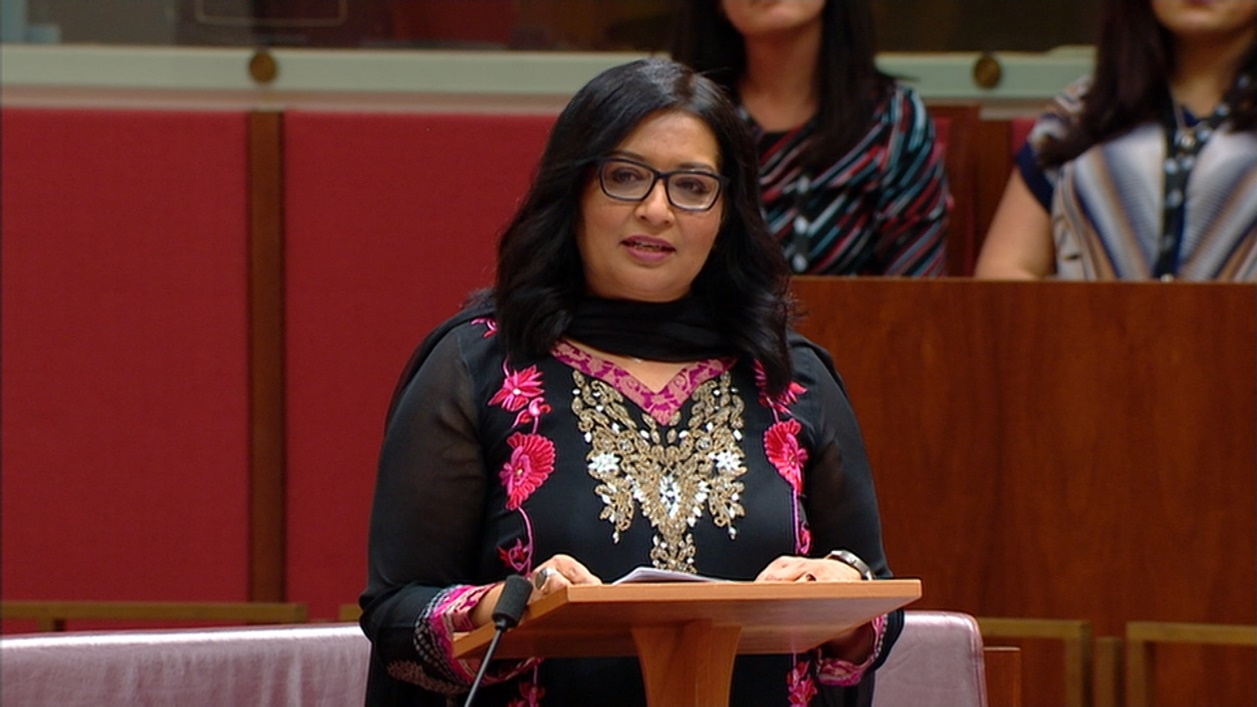 A catfight has erupted between sitting Greens Senators, with several sources reporting a serious rift between Senator Sarah Hanson-Young and Senator Mehreen Faruqi.

Hanson-Young is reported to be fuming about a series of tweets made by Faruqi, who has taken to Twitter in the past week to complain about too much whiteness in the Australian media. The Senator from South Australia is reportedly still salty about losing the leadership tilt to Adam Bandt and this latest stunt from Faruqi has put her over the edge.

Hanson-Young is reported to have been overheard screaming at her staff about the Senator from Queensland’s recent fit of virtue signalling.

“Who does she think she is? She should know her role as the token, non-white Senator within our party – we only tolerate diversity to a point here. She should know that I have the audience share of self-loathing, indoctrinated middle class white people and she should back off.”

Faruqi has not yet commented and is understood she won’t do so until she finds a journalist of colour.