It was never meant to end.

Melbourne is dangerously close to a second hard lockdown as the virus spreads across more than 20 per cent of the city’s population.

I wanted to reference this article, because this is a pretty big blunder. 20 per cent of Melbourne’s population is like, over a million or something. That would be really cool, but we’re not there just yet. Come on guys, I’m not even a real journalist.

I think they meant 20 per cent of Melbourne’s geographical area. Who knows. 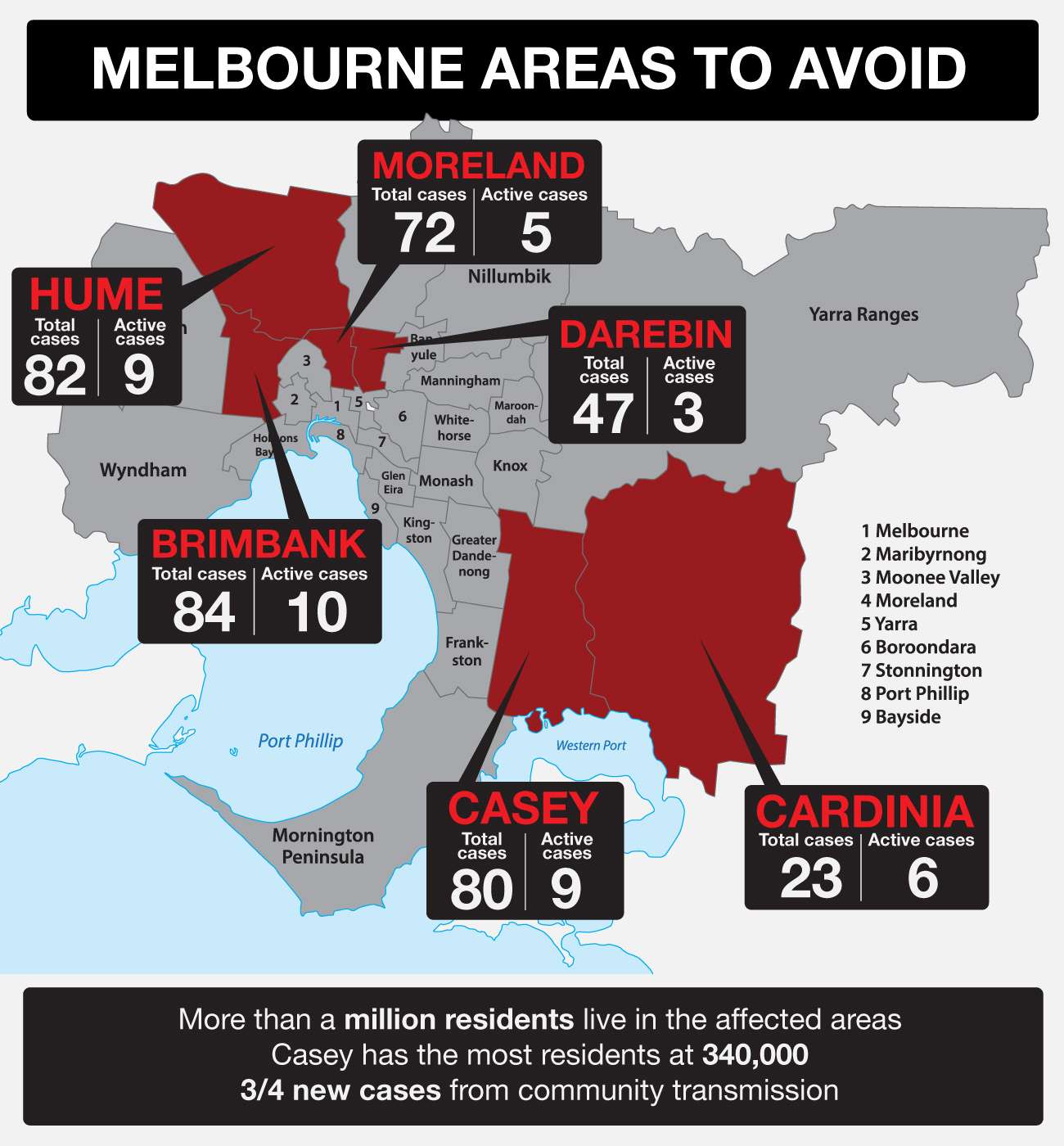 Behind the scenes, the government is spooked by the challenges, modelling worst case scenarios that are ugly.

This is a national problem, not a Victoria-only problem.

The double digit growth in infections is striking in complex communities, with ethnic groups attributing most of the new cases to the relaxation of the restrictions that have occurred in recent weeks.

Health experts are widely acknowledging that there is less than a month for the Victorian government to get on top of the virus’s spread, largely in Melbourne’s outer suburbs to the northwest and to the southeast.

So the Victorian government can’t blame the Black Lives Matter Terrorist Riots that were allowed to occur, because that would imply that the government is responsible for the resurgence of the Chinese Diversity Flu, and that would also be “racist”. So they blame foreign families instead. Well played.

Andrews’ problem in containing the community will be the many mixed messages that his government has already sent.

First with the extent of the lockdown, which took away commonsense as a valuable tool for ordinary people.

While experts seem to be suggesting that any lockdowns might start in the worst-affected LGAs, there is a broader issue happening in society.

Almost from the moment that restrictions were being relaxed, the community started to lose the plot.

The roads have started to clog and people seemed to think that going to a large-scale protest march was a good idea.

These factors combine to make any second lockdown more complicated than the first, exacerbating the economic impact and raising doubts about whether it can be enforced.

Now I really am wondering how this got past a editor. John Ferguson is straying away from the narrative.

Of course commonsense has been lost. This was the whole point. The West has effectively been under a psy-op since the end of World War Two, and the last four phases over the previous 12 months have merely been the most obvious. The emergence of Greta Thunberg as a supposed expert on so-called “climate change” was a dead giveaway.

The girl was so obviously retarded that it had to be a form of psychological terror being carried out on European People, given that European countries have worked the hardest to sabotage their own economies in the name of “climate change” and most carbon emission growth is coming from China.

This was followed by more retards who very conveniently all converged on Western capitals wearing matching costumes and performing satanic choreography in public, and glueing themselves to the road.

In 2020, practically every government in the world decided to shut down their economy and force people to stay inside in an exercise in mass population programming, yet in the last month we have seen a remarkable pivot to a focus on ending “racism”, and the intersection of multiple fringe SJW fantasies into one giant assault on white people, and a campaign to remove any evidence that we ever existed. Health experts who warned us that if we visited our family we would kill grandma insist that protesting against so-called racism poses no outbreak threat, yet Dutch police literally cavalry charge Dutch boomers who just want to have a picnic again.

The entire thing is designed to make you go crazy. The point of gaslighting is that the logical contradictions with which you are confronted are designed to be so severe that your brain cannot handle them, and shuts down instead. The victim of gaslighting instead withdraws as a means of self protection, allowing the perpetrator of the gaslighting to create a new reality.

A new reality. That is what is being created here. One that does not make sense. White people have withdrawn, unable or unwilling to confront what is being done to us.

Things will never go back to normal.