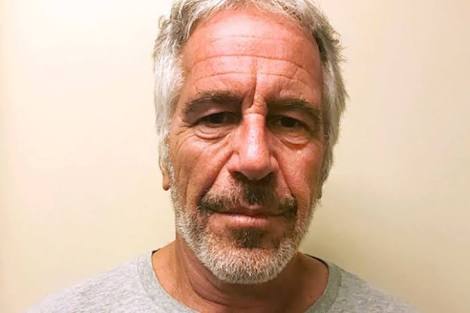 The Sun has acknowledged what The XYZ has been reporting for several months: The fact that Jeffrey Epstein and Ghislaine Maxwell were Israeli spies who ran a blackmail extortion ring for Mossad.

GHISLAINE Maxwell and her paedophile lover Jeffrey Epstein were both Israeli spies who took pictures of powerful men having sex with underage girls to blackmail them, their alleged Mossad handler has sensationally claimed.

The pair allegedly ran a “honey-trap” operation where they would provide young girls to politicians in order to squeeze them for information for the Israelis.

The unsubstantiated claims have been made by Ari Ben-Menashe who claims he is a former Israeli spy.

Ben-Menashe claims that he was the “handler” of Ghislaine’s dad Robert Maxwell, who was also a spy, and that it was the former newspaper baron who introduced Epstein and his daughter to the Israeli intelligence agency.

He makes the unverified claims in a new book called “Epstein: Dead Men Tell No Tales”.

In a preview of the book, shared with Sun Online, Ben-Menashe says: “Mr Epstein was the simple idiot who was going around providing girls to all kinds of politicians in the United States.

This is a really big deal. The truth at the heart of the Jeffrey Epstein Did Not Kill Himself story has actually made it past the gatekeepers and on to the front page of a mainstream media newspaper. It may explain why in the last couple of days a 2015 email from Prince Andrew to Ghislaine Maxwell has conveniently found its way into the hands of the Daily Mail, and a banker connected to Jeffrey Epstein has conveniently hung himself.

As the Unshackled have rightly noted, Prince Andrew is the fall guy. He is merely the tip of the iceberg. Remember:

Epstein and Maxwell would just blackmail people. Lots of people. Lots of rich, famous and influential people. Why? Because a walled ethnostate in the heart of the Middle East made them do it.

Welcome to The XYZ..

The globalists are desperate for as many people as possible to miss this logical connection. For some reason, after World War 2 the leaders of every Western country decided that their respective countries were not solely for their own people, but for the entire world. Prospective leaders keep appearing who promise to fight to get our country back, but for some reason they always seem to end up supporting globalist positions once they are in power.

This is the story that could break open the whole debacle of the last 100 years.

Then there was that other story that has recently come out..