I used to love Israel.

I was about as hardcore a Christian Zionist as you could be. I read Rabbi Jonathan Cahn’s books about the shemitah and blamed everything on DA MOOSLIMS. I even went there for a pilgrimage in 2011, happily saying ‘Merry Christmas’ to all G-d’s chosen that I met. I couldn’t understand why they’d look so pissed off, give me a gold foil-wrapped chocolate coin and say ‘Chappy Chanukah’ in return.

At AIPAC, the annual ceremony worshipping Israel and all things Jewish in Washington, DC, the slavish homage paid to the Middle East’s only ethnostate is staggering.

Note the pentagram and hexagram ‘connected for good’ on the podium.

How do they have so much power?

“The hedge-fund managers we spoke to leaned toward the theory that Epstein was running a blackmail scheme under the cover of a hedge fund.”https://t.co/ODZOT80i3K

He was a frontman for a compromat operation, getting blackmail material on the US elite. But how?

Acosta told the Trump transition team that he was forced to back off of the Epstein case because of Epstein’s ties to intelligence agencieshttps://t.co/i5gdj8Onr3 pic.twitter.com/YwTTMVjhNd

I wonder which intelligence agency?

The large cache of videos and images found at Epstein’s residences, as well as the recording devices throughout them, makes it clear that Epstein was running a high-level compromat operation. The entire purpose was to capture incriminating evidence of prominent people performing illegal and embarrassing acts so they could later be blackmailed and controlled.

According to James Patterson’s Jeffrey Epstein book, Epstein had a hidden camera in a clock that he used to surreptitiously snap pictures of his victims https://t.co/WXUA6WXqMs

Cool it with the anti-Semitic remarks.

Just because he had former Israeli PM and father of the phrase ‘war on terror‘ Ehud Barak over for friendly nubile six-ways doesn’t prove anything.

Prominent Harvard Law Professor and avid Zionist Alan Dershowitz was a lead member of the legal team which got Epstein off in 2008 for trafficking and raping underage girls. He’s been formally accused by one of Epstein’s underage victims of raping her.

Dershowitz says he was introduced to Epstein by Lady Lynn Forester de Rothschild.

The same Lynn Forester Rothschild who held a fundraiser with her close friend David Brock for Hillary Clinton during the 2016 election. 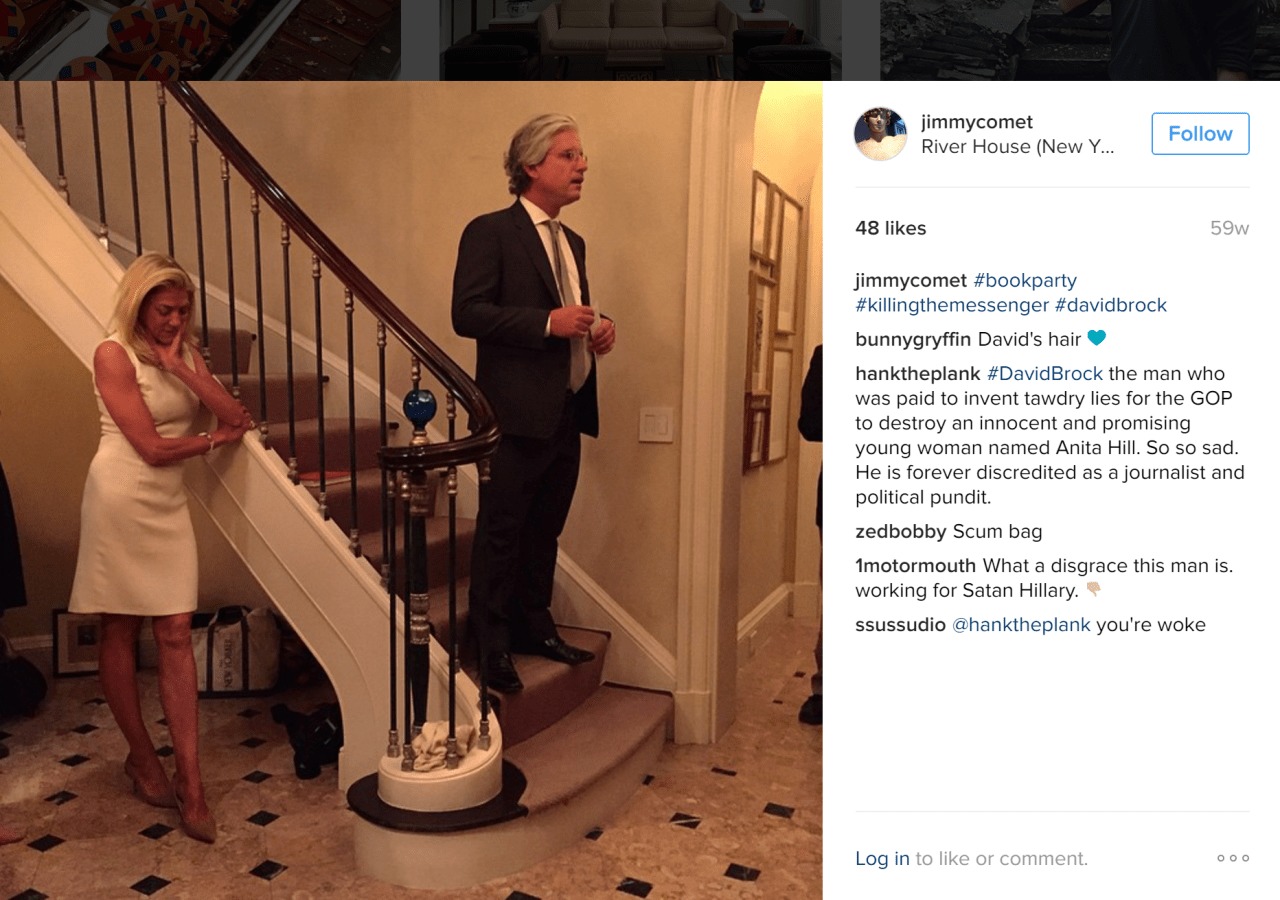 David Brock, of course, is ex-boyfriends with James Alefantis, whose creepy pizza shop was at the centre of the Pizzagate scandal back in late 2016. 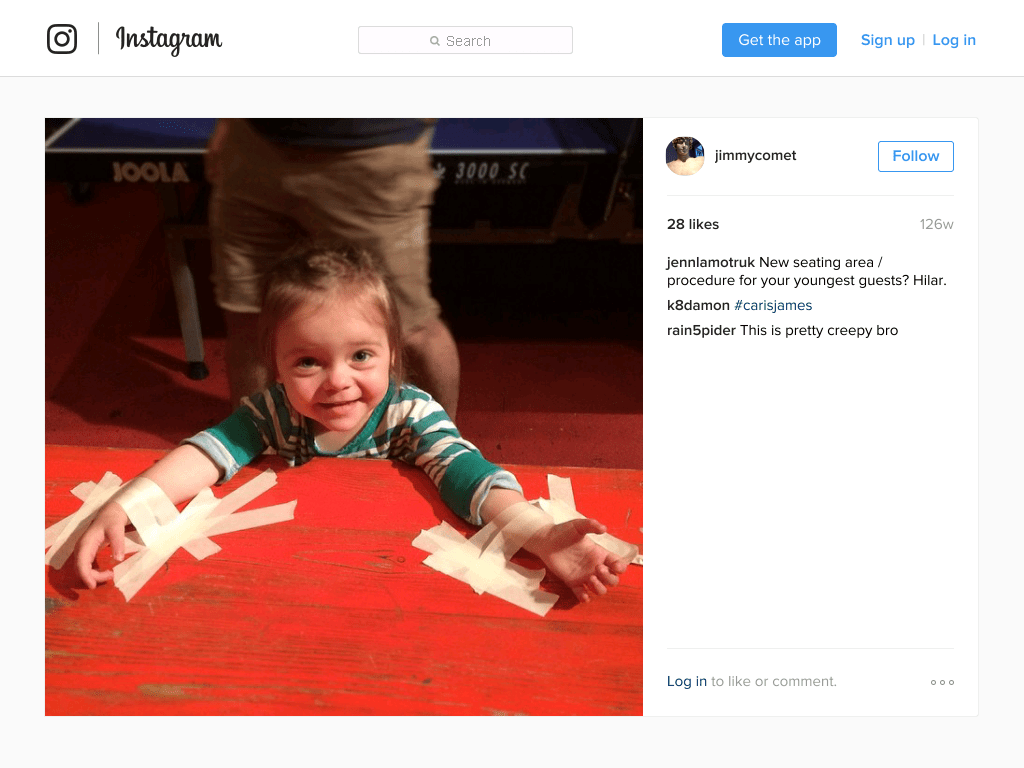 Of course, saying that the Rothschild family was doing pizzagate long before Eyes Wide Shut made it cool is just another anti-Semitic trope.

And linking the symbolism and practices of the occult elite to the pedophilia and debauchery of Sabbatean-Frankist Judaism and Jewish Kabbalah ritual magic is just yet another anti-Semitic remark.

Kubrick made a career out of revealing the cabal. He directed the movie version of Lolita as well.

The Rothschild family is in damage control mode it seems. They’re pushing the “fellow white people” angle hard at the moment.

Lynn Forester de Rothschild is David Rothschild’s stepmother. Christian Zionists believe that God Himself founded Israel in 1948 after the Holocaust.

Despite the disbelief of the mainstream, they do. There is a religious component to the human trafficking and ritual abuse carried out by the cabal. If there isn’t, why did Jeffrey Epstein build a Babylonian style temple to Moloch on his ‘pedophile island’?

This is a Babylonian temple built to worship the gods of the Kabbalah, which is a continuation of the mystery religion of antiquity. It is a religion which from its origin at the base of Mt Sinai millennia ago has been an inversion of God’s law and an attempt to subvert God’s plan to redeem mankind. It’s anti-Christianity. It’s Satanism.

Epstein’s compromat operation was not a one-off, either. It’s part of a multi-decade pattern of Israeli espionage, bribery and blackmail operations which have compromised America and the West at every level.

Monica Lewinsky was an Israeli agent whose sexual encounters with Bill Clinton provided blackmail material for the Mossad against the president.

American radar, sonar, jet propulsion and nuclear secrets were stolen just after World War II and handed to the Soviets, in what was probably the most devastating blow to American power in its history. Jewish couple the Rosenbergs were executed for the crime, however there has been much speculation since that they were the fall guys for a much larger Jewish Bolshevik espionage operation for the Soviet Union.

Billionaire Hollywood producer Arnon Milchan has admitted to Israeli media that he has spent decades working as an Israeli spy within the United States, even assisting Israel to develop its illegal nuclear arms program by stealing nuclear triggers from the US. Israel has up to 400 nuclear warheads, despite never having signed the international treaties required of other nuclear powers.

The second most damaging espionage act carried out against the United States was by Jewish-American Jonathan Pollard, who passed enormous amounts of top-level US technology and security secrets to Israel in the 80s. The full extent of Pollard’s betrayal has not been made public. Pollard was released in 2015 after intense pressure from Israel, which granted him citizenship in 1995 and named a town square in Jerusalem after him. PM Bibi Mileikowsky has even declared a national holiday in his honour.

The Israeli intelligence operative who liaised with Jonathan Pollard was Rafi Eitan, later a Mossad and Shin Bet officer. Shortly before this, Eitan had participated in the sale of PROMIS software to governments and corporations around the world; this database software had been stolen from an American company and then trojaned by Israeli intelligence so as to spy on governments and agencies around the world.

This Israeli practice of ruthlessly backdooring software should be of concern to everyone in the West today, given that Intel, Facebook, Google and Microsoft now have their R&D and design centres in Tel Aviv, not California, despite there being no economic incentive for them to do so.

Execs from Facebook, Google, and Microsoft explain why they use Zionist Israel for their R&D https://t.co/4a33e6i6sh @businessinsider pic.twitter.com/9ILKVeWnME

Central to the theft of PROMIS by the Mossad was Robert Maxwell, real name Slomowitz, who purported to be a British media mogul but was actually an Israeli agent who helped arm the Jewish terrorists who established Israel in 1948.

This is where we come full circle back to Epstein.

The woman who ‘handled’ Epstein on behalf of his Israeli intelligence funders, and who trained the underage girls in sex acts to groom them to be honeypots for America’s elite, is Robert Maxwell’s daughter, Ghislaine. Ghislaine Maxwell not only holds helicopter and jet pilot licences, she’s one of the most qualified female submariners in the world.

Forget Lashana, this chick is the real 007.

The lying media has conditioned normies to scoff at information like this by saying it’s a conspiracy theory. Jews rule the world. It’s DA JOOS!

No, it’s a very specific group of very powerful people whose beliefs trace back to Talmudic Judaism. They hide behind Jewish identity as a cover, and put all Jews in peril by their conduct.

This cabal has taken over our societies through corruption, bribery and blackmail. It’s how they rule. Conspiracies have been around since before the triumvirates and the assassination of Caesar in Rome. Power doesn’t operate without conspiracies. You’re a gullible fool if you deny that.

According to very deep state spook and fellow Jew Steve Pieczenik, this Mossad pedophilia compromat operation goes back to the time of Israel’s attack on the USS Liberty in 1967. Pieczenik, who maintains high-level ties with intelligence, says that Epstein’s operation was masterminded by Mossad heads Danny Yatom and Efraim Halevy.

According to Pieczenik, Israel is America’s worst enemy. He says himself he “put away two Mossad operatives”. Why he’s coming out publicly against Epstein and against Israel now is open to speculation. Maybe he knows the game’s up. These people are always five moves ahead, though. Pieczenik is not an outsider.

The issue of American national security being compromised has been front and centre since the ludicrous ‘Russiagate’ media campaign and now with concerns over Chinese subversion of America’s technological advantage.

“Billionaire Tech Investor Peter Thiel believes Google should be investigated for treason. He accuses Google of working with the Chinese Government.” @foxandfriends A great and brilliant guy who knows this subject better than anyone! The Trump Administration will take a look!

It’s a smokescreen. China wouldn’t have the economic power they do if men like Kissinger hadn’t given it to them. It’s not the Chinese selling America out. They’re just buying. The core problem has been that too many of the most powerful people in America are either loyal to Israel or are controlled by those who are.

These people hate us. And they’ve got a plan.

We’re on the cusp of World War III against the Han imperium, and the ‘second eye‘ of our intelligence Five Eyes Program is in bed with the people we’ll be fighting.

Don’t say we haven’t been telling y’all this for a long time… https://t.co/0Q92u0ZFBA

The least we could do is take some pictures.