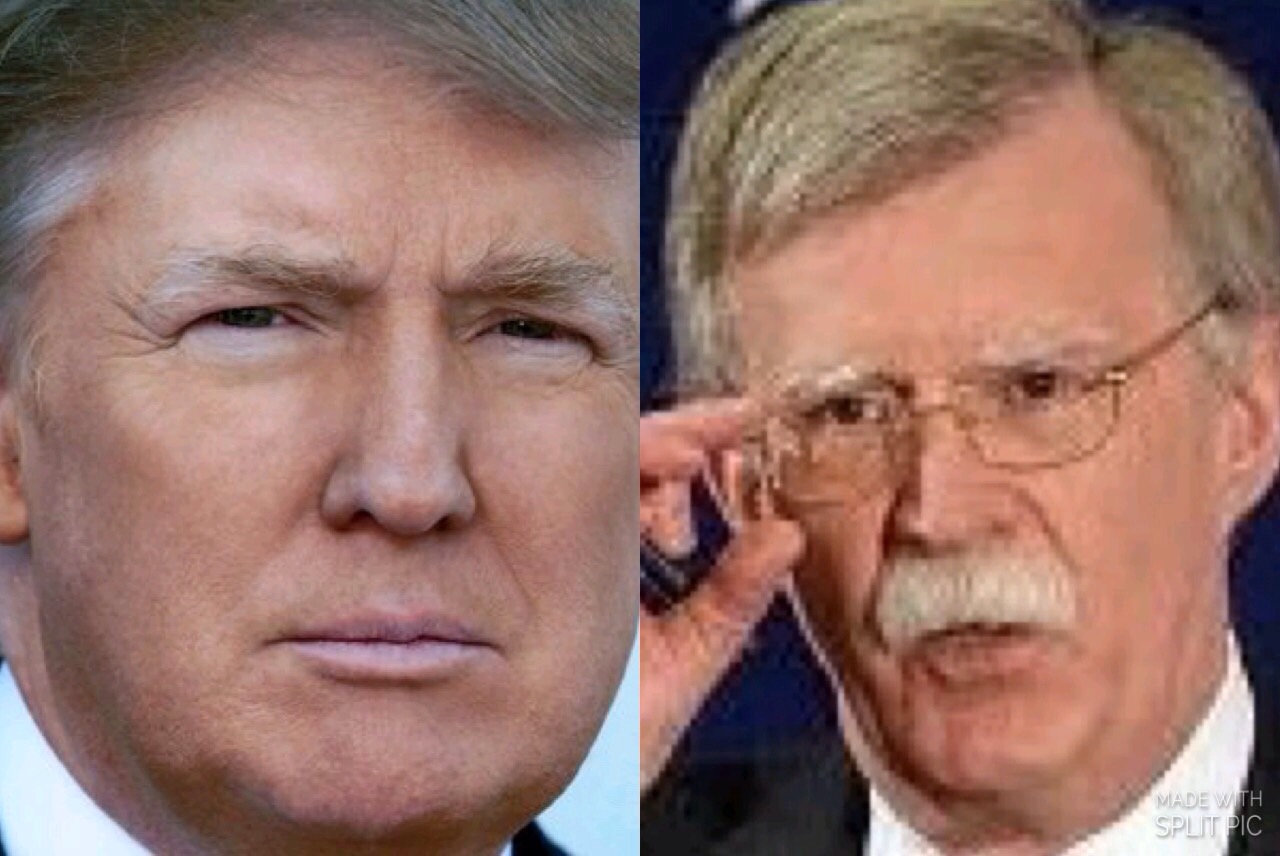 In June this year Donald Trump called off a retaliatory strike against Iran after it had shot down a US drone. Hitting Iranian military targets would constitute an escalation which could have led to all out war. Donald Trump claims that he called off the strike, with just 10 minutes to spare, when he asked how many would likely be killed – about 150 – and decided that this was not a proportionate response.

This is nonsense. Of course he knew how many would be killed well in advance. He was making a point. The neocons thought they had their war with Iran but Trump, who understands that there are many different players in Washington and he is not even close to being the most powerful, made it clear that he is still fighting for the American people against the deep state.

John Bolton was one of the intended recipients of this message. And now he is gone.

Donald Trump has sacked his hard-line national security adviser John Bolton, saying he “disagreed strongly” with many of his ideas.

The move came after the two men clashed heatedly over peace talks with the Taliban, but Mr Bolton’s dismissal also reflects a growing list of policy differences with the president over Iran, North Korea, Russia and Venezuela.

“I informed John Bolton last night that his services are no longer needed at the White House,” Mr Trump tweeted. “I disagreed strongly with many of his suggestions, as did others in the Administration and therefore I asked John for his resignation, which was given to me this morning. I thank John very much for his service.”

Mr Bolton’s dismissal came after an argument with the president over Mr Trump’s decision last week to invite Taliban leaders to Camp David to try to conclude a negotiated peace deal that would have reduced US military involvement in the almost 18 year war.

The irony here is that Bolton is (sorta) right. Although it would be an insult to the sacrifices in blood our men have made, we should leave the Afghanis to their shithole. Democracy will never work in the Middle East. It doesn’t even work in the West.

The fact that the president sought to meet with the Taliban on the eve of this week’s anniversary of the September 11 terror attacks was also said to have angered Mr Bolton.

The fact that Trump announced Bolton’s sacking on September 11 is yuge. He is telling the neocons that he knows where their true sympathy lies, he knows who did 9/11, he is not interested in permanent Trotskyist revolution via US military interventionism, and justice will one day catch them.

Mr Bolton was said to have opposed Mr Trump’s stated willingness to hold talks with Iran’s president Hassan Rouhani to seek a negotiate (sic) solution to the impasse over Iran’s nuclear ambitions and the US sanctions regime.

Mr Bolton opposed the recent decision by Mr Trump to suddenly call off a limited military strike against Iran after having approved it earlier that same day in response to Iran’s downing of a US drone.

The Men of the West have no interest in war in the Middle East. Given that our countries have been invaded through mass immigration and we are being steadily replaced, the expression “national interest” has lost all meaning. Our national interest is not to fight wars for another country, but to take back our own countries.