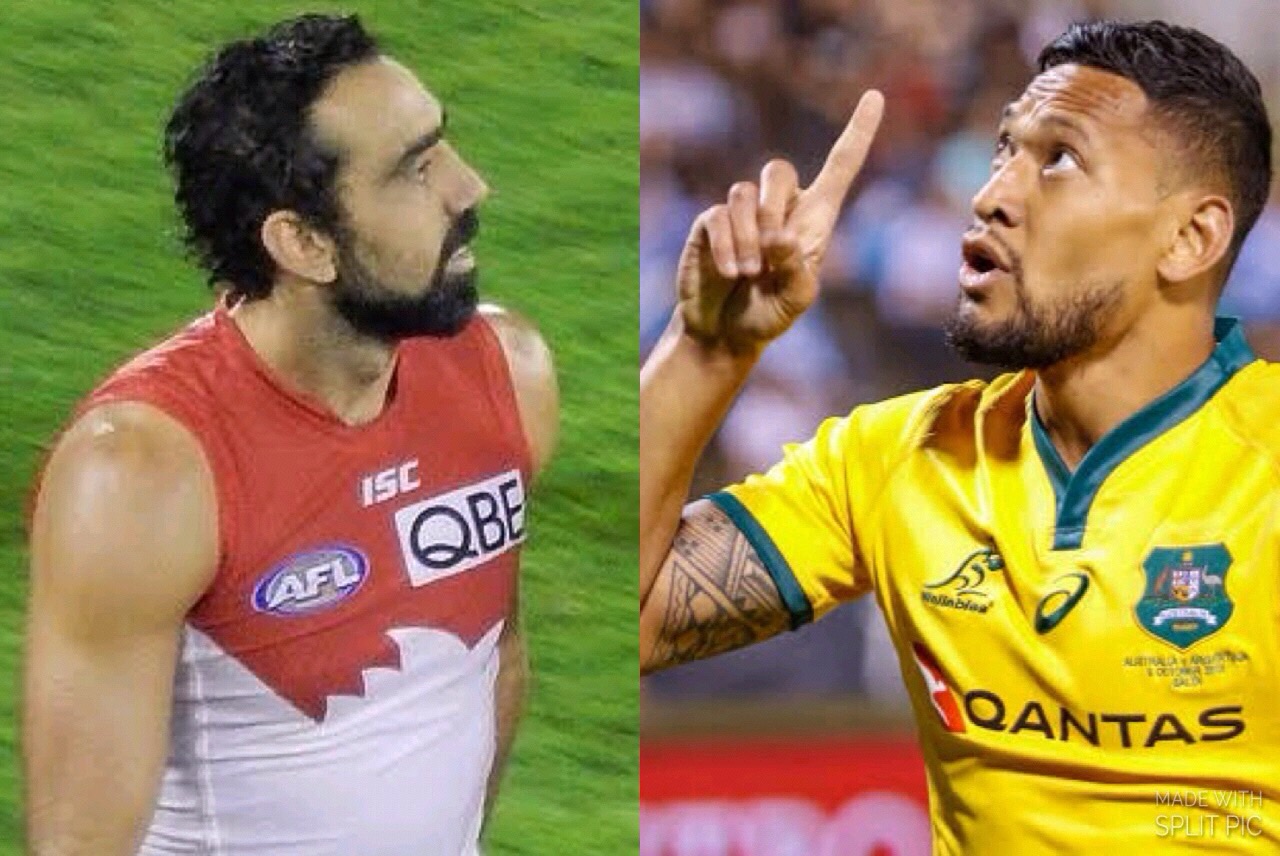 Retired Australian rules footballer Adam Goodes has been the subject of a recent documentary that decried the horrible things that were supposedly done to him by a racist Australian public. It is of course a pack of lies but the AFL powers-at-be didn’t hesitate to apologize. In fact, their zeal to rush to be the first to denounce their own paying customers as horrible racists would be humorous if it weren’t so insulting.

Catallaxy Files has an excellent summary of the story behind the booing of Goodes.

“By 2013 Goodes’ football career was coming to an end. Respected as he was as a footballer, he wanted more. Goodes wanted to join Winmar and Long as an Aboriginal activist. In 2009 he and team mate Michael O’Loughlin established the Go Foundation – a charity which gave scholarships to Aboriginal children. However, that wasn’t enough. He needed to directly confront “racists”. Unfortunately (for him) there weren’t too many racist incidents occurring at the footy by 2013. Goodes would have to make do with whatever racism he could find, no matter how trivial …

“Enter a 13-year-old girl sitting behind the fence with her grandmother at the MCG supporting Collingwood against Sydney. She was close enough for Goodes to hear her call him an ape. Here was his chance! He reacted immediately and pointed the girl out to security, who removed her from her grandmother. She was detained in a small room for two hours until she was eventually interviewed by police without a guardian present. Goodes left the field claiming he was too “gutted” to continue playing. As ridiculous as it seems, he wanted to be seen not just as the victim of evil racists, but an Aboriginal warrior with the guts to fight back. No, seriously. However, the image of a large, fit, rich, athletic male – a member of the top 1% of society – denouncing a 13-year-old girl from way down near the bottom of the social scale, as a racist, is damning.”

You can read the rest for a full appraisal of why Goodes was booed on the field after this incident. It had nothing to do with the color of his skin and everything to do with him being a total prick. Aussies are very good at both spotting and embarrassing these types of people.

The timing of the documentary of Goode’s great fight against perceived injustice is interesting when you compare it to someone who actually is presently fighting for real injustice. Unlike Goodes who sought to manufacture himself into a warrior for a noble cause, Israel Falou just wanted to be able to publicly practice his religion; a religion mind you that is supposedly the bedrock of the Australian nation. As punishment for this, Falou has been fired from his job and publicly humiliated on the international stage. The case is now set to go to court and it will be a battle for the ages. They won’t be making cheesy documentaries of this situation in the future. Rather, it will be the sort to get the full movie treatment.

“Slabbert further points out that Australia is a signatory to the Universal Declaration of Human Rights which guarantees “Freedom of thought, conscience and religion” and “Freedom of opinion and expression”. It is these fundamental rights that some in Australia would seek to bypass. I wonder if a gay man or woman who posted a comment ridiculing religion and excoriating believers, would have lost their job.

“But at the moment Australia is in the process of tearing down all sorts of laws in a futile attempt to satisfy every party. It is confused about whether religious believers should be allowed to discriminate. Has a celebrant the right to refuse to officiate a gay wedding. Has a church school the right to refuse employment to an atheist.

“And so some politicians in Australia would ban discrimination, even though we make choices, we discriminate, every day of our lives.”

Goodes continues to act the fool in his desperate attempts to manipulate his way into being a warrior for injustice at the same time as we have the real deal humbly preparing himself for the fight of his life, and by default perhaps the fight of our own lives as well. Homosexuals are now a privileged class in Australia and their continued attempts to elevate their status further whilst simultaneously claiming to be the victims of persecution has set Australia on a collision course with fundamental laws that bedrock the stability of the nation. Folau is the public face of this battle, a position that unlike Goodes he did not seek, but instead found it thrust upon him.

“To totalitarian leftists, religious liberty is the freedom to worship according to the values you believe in, but not to advocate or live by those values; they have redefined tolerance as a mandate to force people to act against their beliefs if those beliefs are at odds with the prejudices of the left.”

Folau is in good historical company as a persecuted Christian, and his forbearing under such pressure is in stark contrast to Goode’s hysterical aboriginal war dances against a crowd when he kicked a goal. Only one of these two man can be taken seriously.

The irony for Goodes is that there are plenty of injustices for him to stand against. The problem is that they are the creation of the totalitarian left, and as such to go up against them as Folau has done will find the protagonist in very hot water indeed. Goodes chose to combat a dragon that not only did not exist any longer, but which had been converted into the ultimate safe space for bedroom activists. His pathetic attempts to seek outrage and injustice in a sport that had given him more than the vast majority of fans would ever have in their own lives led him to be ostracized by those same good people. At no point in Goode’s pretend battle with racism did he ever have anything on the line to lose.

Folau has had everything taken from him for a single Tweet that offended the totalitarian left’s paragons of virtue. And now he is standing up to defend not just himself, but by default the freedom of every living and future Australian.

If Goodes was serious about his credibility as an activist then he would stand shoulder to shoulder with Folau. I’m not going to hold my breath to see that happen.

H/T Dark Brightness for one of the links.