Last year a good bloke recommended a public figure called Emma Eros as a writer for The XYZ. She had an online following, was a Muslim who spoke out against various aspects of Islam, and she’d had a bit of a spat with Milo over whether or not to deport all or just some Muslims from the West. Given XYZ’s reputation for free speech, open debate and controversy I figured it was worth a crack.

The pieces, which you can read here, here and here, required some editing for grammar but whatever.

Nothing much came of it. No controversy anyway, not compared to some of the massive stinks we’ve had.

Fast forward to the current year, and Emma Eros is now a candidate for One Nation: 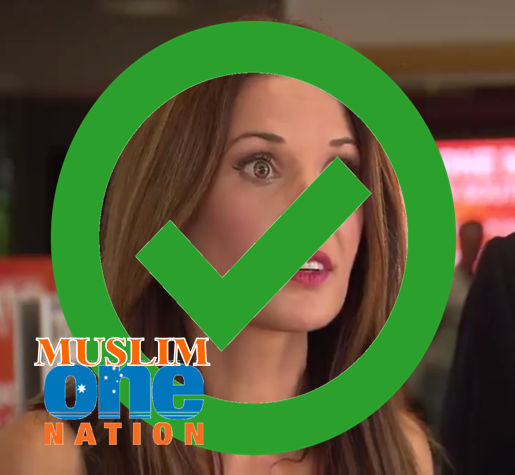 A Muslim woman will run in the upcoming New South Wales election as a One Nation candidate, and has thrown her support behind the party’s ‘ban the burqa’ platform because ‘people need to show their face’.

One Nation NSW leader Mark Latham will announce on Sunday that Sydney businesswoman Emma Eros will be One Nation’s star candidate at the state election in March.

The 39-year-old businesswoman and daughter of Lebanese migrants grew up in Sydney’s west and runs a plumbing and construction business.

In an exclusive interview, Ms Eros said many women give ‘lame excuses’ for wearing the traditional Muslim head coverings..

Ms Eros herself is a former lifetime Liberal voter who feels ‘Liberal has become Labor’. She has long been outspoken about her opposition to the burqa – resulting in her receiving death threats telling her to ‘hang yourself’.

It hasn’t gone down very well: 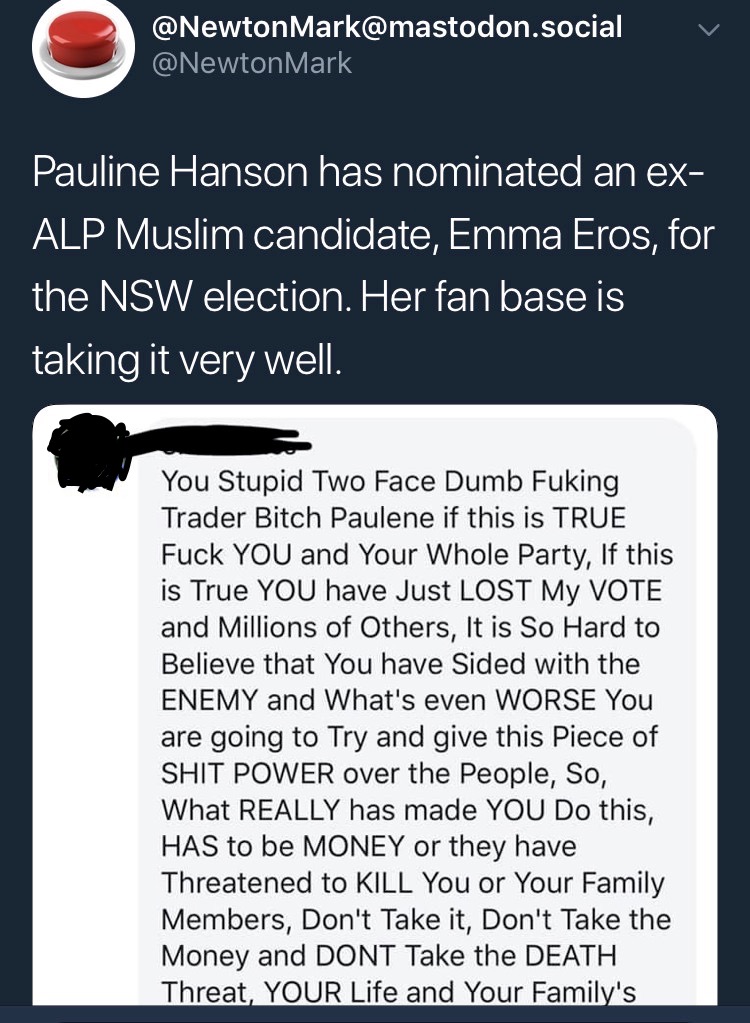 People vote for Pauline Hanson because in 1996 she openly stated in Federal parliament that if we did not change our immigration policy, Australia was in danger of being swamped by Asians. The last 20 years have proved her dead right. 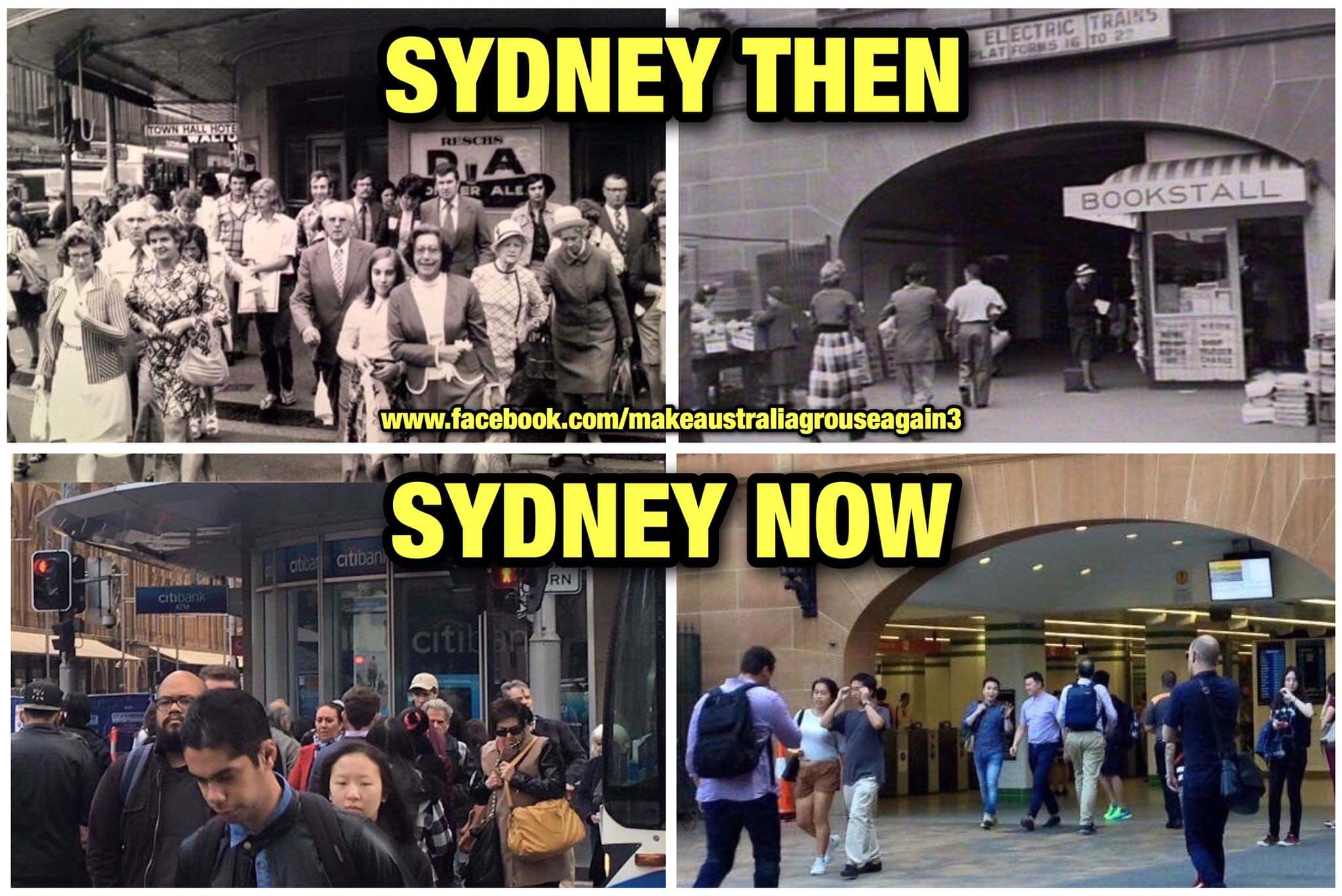 That’s why we like her and it’s why the left hate her. It is why the left have assaulted elderly One Nation supporters, why the powers that be conspired to lock her up, and it’s why we have backed her. Her whole reputation as someone who stands up for ordinary Australians and provides a genuine alternative to the major parties and mass immigration is based on that one moment in that one speech.

Accepted political wisdom states that within a couple of years the Liberal Party had supposedly adopted much of her policies to bring all the bigots back into line, but this is a deliberately false narrative. The Howard government used its tough approach on illegal immigration to provide cover for its policy of massively increasing “legal” immigration and refugee numbers. The Liberal Party openly boasted about this.

In other words, John Howard’s signature line of “we will decide who comes to this country and by what means” was a complete con. It was demonised by the left as “racist” but the fact is it was used to give the appearance of strong border protection while opening our borders to the world.

It takes time for one to come to this understanding. Decades of Cultural Marxist programming taught me that it was wrong as a white male of British heritage to identify positively with my race. To see the pattern I had to unlearn this programming. Indeed on these pages I have previously lauded the Coalition’s policy of strong border protection combined with increasing refugee levels, and before the 2016 Federal election a number of us here at The XYZ favoured the Australian Liberty Alliance for its opposition to Islam over what we perceived as the less nuanced One Nation.

In 2016 Pauline Hanson was no longer against Asian immigration. Indeed One Nation fielded an Asian candidate, who was subsequently dumped after she said something deemed “homophobic”. As a recognisable brand, and with a seemingly newfound understanding of the danger of Islamisation, Pauline Hanson’s One Nation won several seats. Here at XYZ, begrudging applause turned to cheers as she openly called out the two-faced Sam Dastyari on national television, pulled off a burka stunt and negotiated an inquiry into the ABC.

However, in 2018 Fraser Anning changed everything. Not only did he reiterate in his maiden speech to Federal parliament the principle that Australia was a European and Christian nation, he proposed a practical measure to ensure this – a plebiscite on immigration. This was Pauline’s moment. Regardless of the ins and outs of Anning’s defection from PHON, here was somebody standing up in Federal Parliament saying what she had said. She had back up. Finally. It was the time to capitalise.

Instead, Pauline Hanson joined the pile on regarding use of the two words “final solution” and in time even Bob Katter wimped out and expelled Fraser Anning from his own party.

The irony of all this really eats at me. It took me 20 years to fully undo the socialist programming of my schooling and come to Pauline Hanson’s position from 1996. But in those 20 years, Pauline Hanson has undergone the same incremental slide to the left that has so crippled the Liberal Party for the last 40. The same feature of the Liberal Party identified by Fraser Anning, the failure to undo regressive Labor policy when it had its own time in office, and indeed the subsequent championing of Labor Party policy, is occurring with One Nation.

No greater example of this can be seen in Pauline’s tabling to Federal Parliament of the It’s Ok To Be White motion on the one hand, while repeatedly refusing to support a measure which would put this principle into practice. It’s ok to be white, but it’s not ok to support an immigration policy which would ensure that white people can remain a majority in Australia and maintain a white culture. This is why Anning dismissed the motion as virtue signalling.

Which brings us back to Emma Eros.

The argument that One Nation is not against Islam, but is against terrorism or radical Islam, misses the point.

The problem with Islam is Islam.

More specifically, the problem with Islam is Islamisation and demographic replacement. Once the doors of a civilisation have one way or another been opened by the globalists to Islam, Islamisation occurs over centuries via a deliberate process of marginalisation of other cultures via the three choices, mixed in with the occasional genocide. Apologists of Islam may point to periods when Islam was supposedly tolerant and peaceful, but this misdirects from the fact that this long term process of Islamisation always occurs. It is how Turkey, for centuries a part of and even the heart of Greece, ended up being 97% Muslim.

Thus the focus on Islamic terrorism is misplaced. The purpose of Islamic terror is to intimidate a people into accepting the process of Islamisation, into accepting their cultural and demographic replacement. One Nation’s fielding of a Muslim candidate, regardless of whether she wants to reform Islam or not, furthers this process of the Islamisation of Australia. The party which once represented a genuine alternative to the mass immigration policies of the major parties is now fielding a candidate who, regardless of her stance against Sharia Law, represents a foreign culture.

Islam will never reform. However if Muslims want to try, they should fight for it in countries already conquered by Islam rather than running for political office in the West as representatives of a reformed version of Islam.

This is where we get to the heart of the matter. There are many people living in Australia who come from foreign countries who genuinely want to live in a democratic and free market system, something not allowed in many of their home countries. They have my fullest sympathy for desiring this and it is a worthy goal. They also have my fullest sympathy when they see so many indigenous white Australians working to dismantle the democratic and free market system in Australia via socialism.

The counter to this from conservatives of diversee appearance is to bring more of their ilk into the conservative fold, as white people are cucked, particularly the Anglos, and it will take people with balls to take on the Marxists, ie, based immigrants.  Maintain immigration but focus on asserting Australian “values”, and vet new migrants on these “values” rather than race.

But this will never work. Classical Marxism’s number one tactic is to divide the people of a nation against themselves. It aims to replace their ethnic and national identities with class identity. This tactic has developed, via Cultural Marxism, to multiply the number of identities which can replace one’s ethnic or national identity. Thus if we defeat the Cultural Marxists and stop dividing into an intersectionality of identities based on gender or sexual preference, it would be a pyrrhic victory if we were to leave the initial loss of our national identity unchallenged.

The ultimate weapon against Marxism is for the people of a nation to identify with their ethnic, national and religious identity. Ethnic national identity is an immune system against the ideology of jealousy preached by socialism. If Australia becomes a collage of different ethnic and religious identities, each holding to varying degrees of democratic and free market principles, it will be no match against the globalist push to turn the country against itself and build socialism out of the rubble.

Here is the most important bit.

Even if I am wrong on this point, and the solution is indeed to bolster the forces of conservatism in Australia with more based migrants, this is still dead wrong and morally bankrupt. Australia was founded as a country for white subjects of the British Empire.

Australia has betrayed the original reason for its founding due to globalist and Marxist influence, and Anglo-Celtic Australians, at least those in the major cities, are the most cucked Australians because we have been subject to Marxist programming the longest.

My goal here at The XYZ is not to help make Australia a country where hardworking and high-IQ migrants can enjoy freedom and democracy. There is absolutely no point in supporting a supposedly “conservative” platform if it just leads to white genocide anyway. My goal is to secure the existence of our people, and a future for white children and our nation. I am here to uncuck my British and European brothers, and indeed myself.

This is the fact which conservatives of diverse appearance ignore. They would not be in Australia were it not for the Marxist subversion of Australia, and the Internationalist dismantling of our immigration policy.

It is a terrible bind for migrants who value freedom and liberty and oppose Marxism. If real Australians remain cucked, Australia will sink into a Marxist mire which destroys the reason why based migrants came here in the first place. If you uncuck real Australians, the open door which welcomed migrants abruptly closes shut, and is followed shortly by a request to return to your home.

The solution is not to try to find some middle ground where Australia’s slide to the left is reversed yet real Australians fail to reach a critical mass of racial consciousness. The solution is to return to your own countries, and don’t stop fighting until they are free.