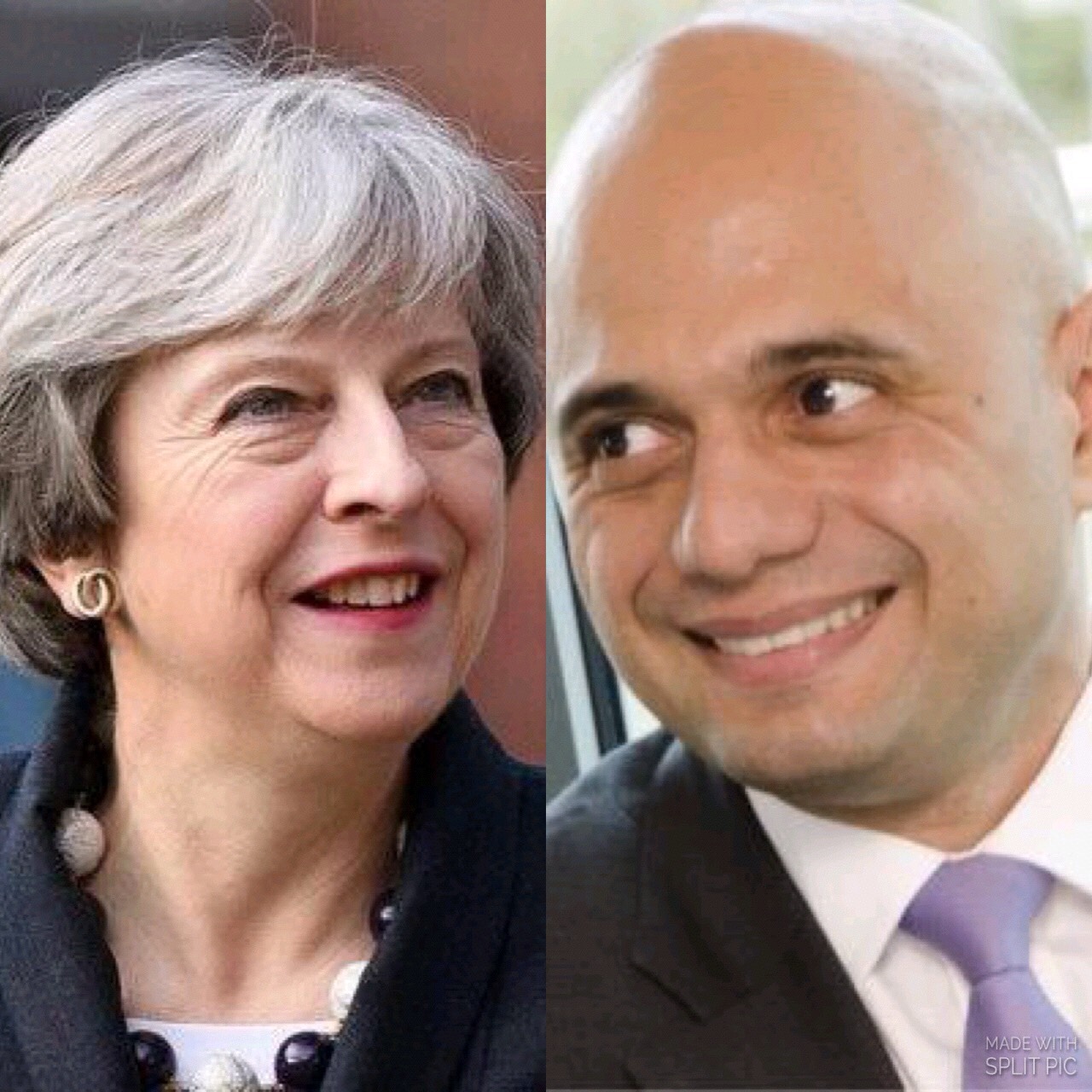 A quick glance at the headlines this morning almost made me spill my coffee. This imagined disaster of course did not unfold as I guard my coffee like a guard, well, my coffee. But the news that did bring me close to the precipice was an article in The Australian outlining the two main candidates to topple the hapless Theresa May.

Put your hand up if Boris Johnson was one of your immediate picks. Yes? Well done, you win a prize of watching me drink my coffee. So who is your second pick to go forth and save England? Waiting, waiting. Not sure?

Why, it’s a Pakistani Muslim called Sajid Javid. And it seems that he’s the front runner.

It looks like the Tories are determined not to deliver Brexit in any meaningful form, but to simply out-progressive the progressives.

He said: “The much bigger picture is social mobility. That’s what I want the party to be seen as: promoting how politicians — or the right politicians — can make a real difference to you as an individual in your life.

“I want Britain to be that kind of opportunity society where the government is your friend, working with you, enabling. Rather than holding you back, intentionally or not.”

I’m from the government and not only am I here to help, I’m your mate too.

He said that in his previous role as communities secretary, he had planned to build more houses but was vetoed by Downing Street.

“I think that is still an area where we can be much more radical and open up more opportunities,” he said.

Trying to out-social the socialists.

Mr Javid said that although Leave voters wanted to control immigration, they did not necessarily “want less of it”, adding:

“Personally, I think that is far more important than someone saying, ‘Our immigration policy is about bringing numbers down, and nothing else.’”

He said that “very easy access to foreign workers” had been a “cheaper” option for businesses than “looking at automation”, while immigration had kept wages down because “if you can continue to get as much low-skilled labour as you want, where’s the pressure for you to attract more people from the domestic workforce?”

We’ve got a lot of Pakis here but we still need lots more, otherwise how are we going to take you over?

So a non-British Muslim is set to lead the Tory party, and he will lead it into oblivion as no able bodied and red blooded English male will vote for him. Corbyn will be a shoe-in and he will erect communism on the shores of once merry England. The best thing that the Scots, Welsh and Northern Irish could do in that situation is to leave the United Kingdom with much due haste.

The old order seems to be crumbling, both on the continent with the yellow vest protests and now in England. And as history shows, once it starts coming apart it happens very fast indeed.

The comments as always were more interesting than the article itself. Quite a few people were objecting to a Pakistani Muslim becoming the prime minister of Great Britain. But there were some who still cling to their old virtue signaling ways, such as someone called Mark:

“And how is his ethnicity or religion relevant?”

Prepare to stock up on coffee.