The Labor Party does not understand how to protect Australia’s border. It simply does not get the concept.

More than 10,000 asylum-seekers, who arrived in Australia under the open-border policies of the Rudd and Gillard governments and are still being processed almost a ­decade later, would be given permanent protection and a pathway to ­citizenship under a Shorten ­government.

The pledge to end Labor’s boat arrivals hangover by offering the remaining asylum-seekers permanent residency through the abolition of the government’s temporary protection visa system came as The Australian established that the cost of managing the ongoing caseload of applicants had reached more than $2 billion.

Figures obtained by The Australian through the Department of Home Affairs showed that, at the end of last month, 10,600 asylum-seeker cases, of the 30,000 inherited by the Coalition in 2013, remained pending.

Bill Shorten’s office said that under the Opposition Leader’s policy, which is expected to be ­reconfirmed at next week’s ALP national conference in Adelaide, the “legacy caseload” of asylum-­seekers would be granted permanent protection under a Labor government. This would give immediate permanent residency with full work and welfare rights to the remaining asylum-seekers — regarded by the Morrison government as illegal arrivals because they travelled by boat.

This would reopen the floodgates. It sends the signal that Australia’s deliberately slow and obfuscative bureaucracy and judicial system will keep you here long enough until someone relents and lets you stay.

Mr Shorten has made it clear he will defy any move by the Left on the floor of the conference to water down his policy of maintaining the Coalition’s boat turnbacks as a primary tool to stop people-smuggling. Offshore processing would also be retained. Labor for Refugees is likely to test both policies at the conference, which will be the first since 2015 when Mr Shorten narrowly succeeded in defeating attempts to remove boat turnbacks from Labor policy.

Mr Shorten has also said Labor will not walk away from the plans to abolish TPVs. This policy would immediately shift the current outstanding caseload to permanent protection visas, which provide permanent residency but can be cancelled at any time.

Mr Shorten said yesterday he was confident any moves by the Left to weaken the party’s border protection policy would be ­unsuccessful.

“We’ll have our national conference; I am determined that the people-smugglers don’t get back into business,” Mr Shorten said.

He doesn’t get it.

“We will work as the government has to maintain strong borders; turning boats back where it is safe to do so; we are committed to regional processing, full stop. But what I also believe is that, after five-plus years, this government should have done more to resettle people elsewhere around the world than they have, and that’s what we’ll do.”

Bill Shorten has no moral ground to stand on whatsoever in criticising the Coalition government’s efforts to solve the problem the Labor Party created. This is the height of arrogance. Especially as it is his people, ie lawyers, bureaucrats and professional activists, who have hindered efforts to resettle the refugees:

The Home Affairs Department also revealed the rising costs of taxpayer-funded litigation, with 3725 rejections now under judicial review after appeals were launched against adverse decisions by the department to reject their applications. 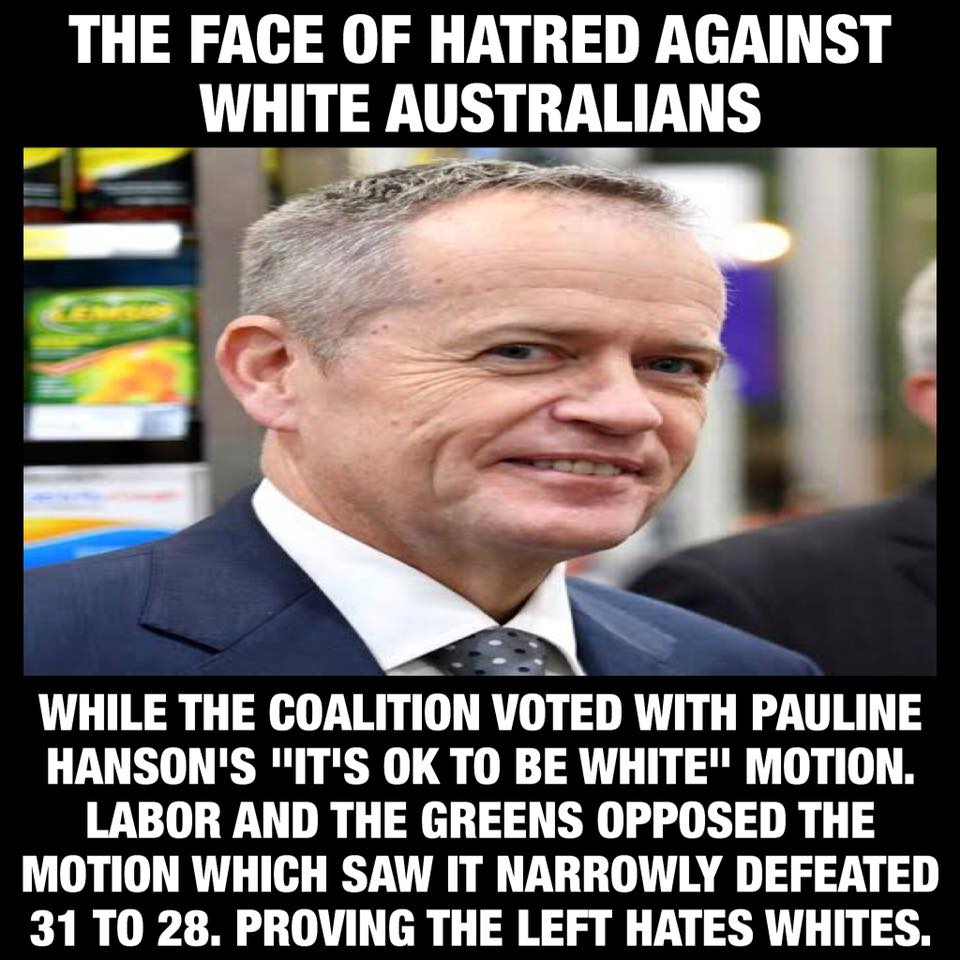 Australia’s population grew by 1 million people in 2 and a half years from February 2016 to August 2018, with a significant proportion of this growth coming from immigration and the high birth rates of immigrants. These massive numbers are changing the demographic balance of Australia, and if continued will lead to real Australians becoming a minority in our own country. Compared to this, tens of thousands of illegal immigrants arriving by boat is small.

But it matters, because signals matter. Australia has two choices when it comes to refugees:

That position is zero immigration.