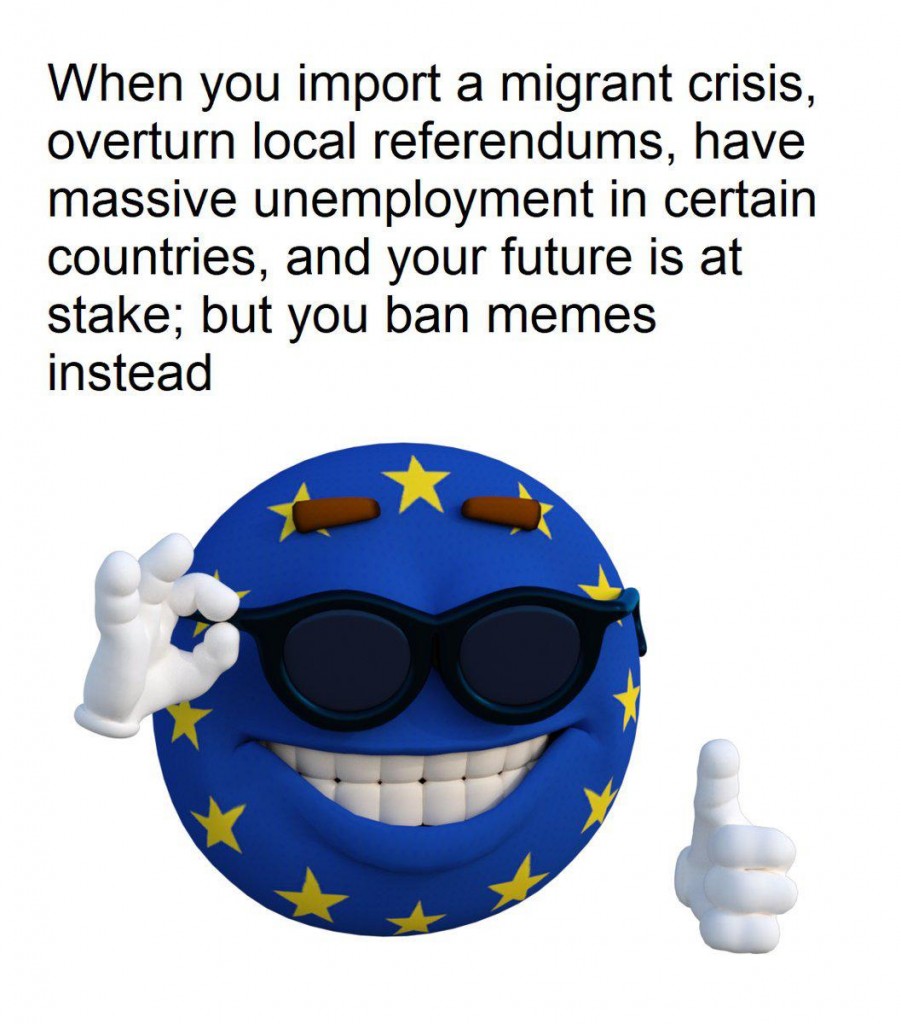 Remember that kid who would chuck a spaz every time you bowled him out during school lunchtime? That is the left. These EU Parliament members and Serena should get together.

“The EU has voted to adopt a controversial law which could ban memes and censor the internet. Critics fear the legislation being brewed up in Brussels will stop people from sharing copyrighted images or videos – perhaps even if they have been altered or edited. The laws would force Google, Microsoft and others to pay publishers for displaying snippets of news stories, which could effectively forbid EU citizens from sharing articles. They could also introduce mandatory upload filtering, which would require online platforms such as YouTube, GitHub, and Instagram to install filters to prevent users from uploading copyrighted materials or seek licences to display content.

“This could prevent people from uploading remixes, parodies, memes and even links to articles on news sites. Of the lawmakers at the assembly, 438 voted in favour while 226 were against, with 39 abstentions. A long and torturous period of bureaucratic wrangling will now begin as EU apparatchiks launch further consultations on the law before bringing it into force.”

The left can’t meme, so it bans memes.

The policies of the left have led to a situation whereby Western nations can no longer maintain a replacement level birthrate, and the left’s economic policies have led to a situation whereby the only way to keep an economy going is to constantly grow the population, thus the left must import millions of people from outside the West to grow the population, keep the economy ticking over, and ultimately replace us.

Conservatives understand this, and have found a way to articulate this crisis simply and effectively through the use of memes.

The left can’t meme, so it bans memes.