Only people with evil deep in their hearts would need to hold that as their motto. Looks like the dam has burst.

“A video recorded by Google shortly after the 2016 presidential election reveals an atmosphere of panic and dismay amongst the tech giant’s leadership, coupled with a determination to thwart both the Trump agenda and the broader populist movement emerging around the globe.

“The video is a full recording of Google’s first all-hands meeting following the 2016 election (these weekly meetings are known inside the company as “TGIF” or “Thank God It’s Friday” meetings). Sent to Breitbart News by an anonymous source, it features co-founders Larry Page and Sergey Brin, VPs Kent Walker and Eileen Naughton, CFO Ruth Porat, and CEO Sundar Pichai…

“It was reported earlier this week that Google tried to boost turnout among the Latino population to help Hillary Clinton, only to be dismayed as the usually solid Democratic voting bloc switched to the GOP in record numbers.”

As Stefan Molyneux has pointed out, the case can be made that this is is a form of election tampering:

“The way that I think it would work in terms of existing corruption approaches would be something like this:

“So, Google ads are very expensive, so if you want to get 100,000 or a million Latinos to go out and vote… and you want them to vote Democrat, then the Democrats would generally pay for that, right, so you have to figure out how much the voter turnout was boosted by Google’s approaches and then consider how much the Democrats, the DNC would have had to pay for Hillary Clinton’s campaign, and then consider that an in kind contribution.

“I’m going to assume it would be quite a lot of Benjamins, and would be just a smidge above the very small limit that companies are allowed to donate, if at all.”

And as Alex Jones pointed out last week, it isn’t the Russians or the Chinese doing the election tampering in the US.  It is the tech giants like Google, Facebook and YouTube doing the tampering.

The globalist media have for decades understood that they can meme their hellish version of reality into existence, whether it be the normalisation of divorce or the teaching of self hate to white people, by just repeating the same narrative over and over again and packaging it as entertainment and news.  When enough people believe in it, an idea can become real.

Conservatives discovered the power of this meme magic in 2016.  The result was glorious. 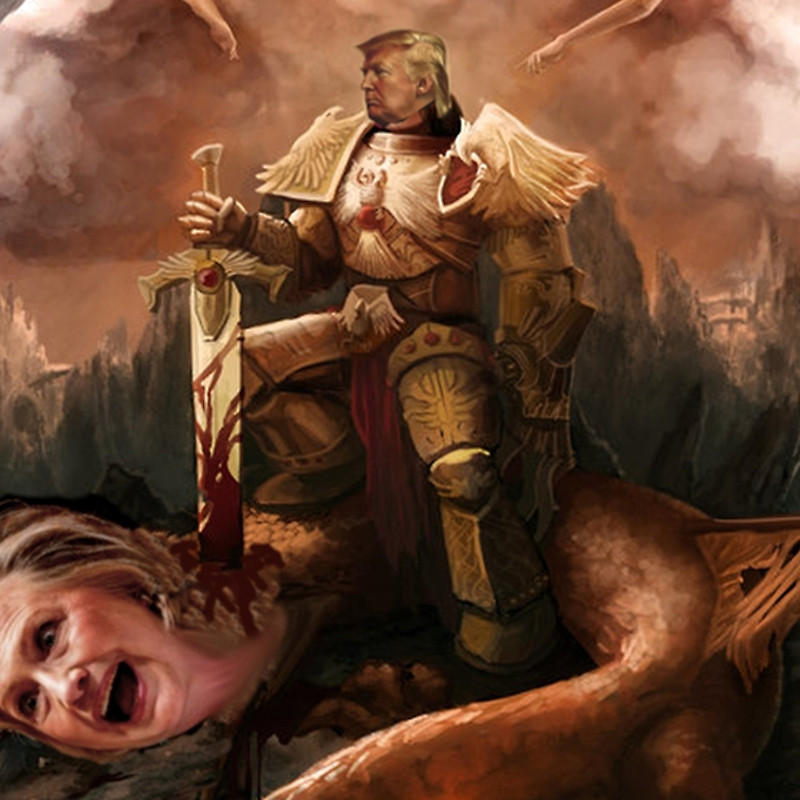 Now we are working toward the same policy goal; the break up and regulation of the tech giants which have been directly manipulating public opinion, and the very nature of reality itself, for the degenerate purposes of the deep state.  This push was kicked off by the Meme Master a few weeks ago:

Google search results for “Trump News” shows only the viewing/reporting of Fake News Media. In other words, they have it RIGGED, for me & others, so that almost all stories & news is BAD. Fake CNN is prominent. Republican/Conservative & Fair Media is shut out. Illegal? 96% of….

The God Emperor’s Legions of Darkness in the alt media instinctively knew where this was going, thus we have been working towards creating a new reality where we will utterly destroy the regressive left’s ability to control the narrative.  Once the tech giants are dust, the MSM and Hollywood will be next.

The Mainstream Media Must Be Destroyed.