In our great nation of Australia, men earn – on average – more money than women. 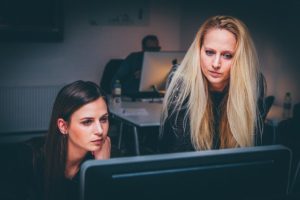 This is often incorrectly referred to as a gender ‘pay gap’ by almost everybody who talks about it. No doubt you will have heard that women are supposedly paid less than men for the same work – even though that is illegal – and that this is due to widespread discrimination against female employees. However, the actual ‘gap’ is not in pay, but earnings; it’s also not a gap that needs to be closed, but a natural difference that need not change at all.

For example, men are more likely to do dangerous jobs (95% of all workplace fatalities are men), and as a consequence, are paid more than people with safer jobs. Women predominantly occupy lower-paying fields like healthcare and office administration. These fields are not low paid because women occupy them, but because the supply of workers for them is relatively high due to the few barriers to entry.

It is argued that women are “discouraged” from entering particular fields of work, simply for being female. But women have every opportunity to become a highly-paid doctor or investment banker, as evidenced by the existence of female doctors and investment bankers. In fact, most people – regardless of gender – are discouraged from becoming doctors and investment bankers because the paths to these professions demand many years of hard work and study. This would actually make women prime candidates for these positions, as females perform better academically than males in all subjects.

But a better explanation of the under-representation of females in higher paid professions is that generally, women desire these positions less than men. They may prefer to take some time off work to raise children, which is usually a hindrance to working a 60-hour week in senior management. Or it may be that these stressful roles just don’t appeal to women. Surveys say that the happiest women are full-time mums, and that seems to me the most reasonable thing in the world: kids are heaps of fun!

These facts are generalisations, of course; in some areas women earn more on average than men (but let’s not make a big thing about it). We have to speak in generalisations, though, because the ‘pay gap’ claim itself is one.

Apart from the choices women make, there are further explanations for the gender earnings difference. Research organisation Glassdoor concedes that much of the 17.3% difference poses no problem and brings the figure down to 3.9%. Even though this number measures men and women with the same job title, much of it can be attributed to the different amount of hours men and women work per week. As far back as the statistics go, men have worked a greater average number of hours per week than women. More hours mean more pay, at least for jobs paid by the hour.

For jobs with salary packages, it is completely legitimate for a higher salary to be offered to an applicant with more experience and qualifications, even for the same job title. If a male applicant has a more impressive resume than a female applicant who has taken time out of the workforce for maternity leave, for example, the male applicant might be able to negotiate a larger salary.

Adjusted again for these factors, only a 1.5% difference is left. This is Glassdoor’s “unexplained” proportion of the earnings difference. A quick internet search can reveal a number of individual cases of pay discrimination, which are played up by activists; in reality most are ultimately resolved by legal intervention. Neither do these cases have exclusively female victims.

Adjusted again for resolved cases of discrimination, the difference is so small that it could easily be attributed to statistical error. Using different studies could produce figures showing men earning a percentage point less than women.

In Australia, the Workplace Gender Equality Act 2012 mandates that men and women are to be paid the same amount for the same work. It is clearly not mandated that they earn the same amount, because they essentially choose not to.