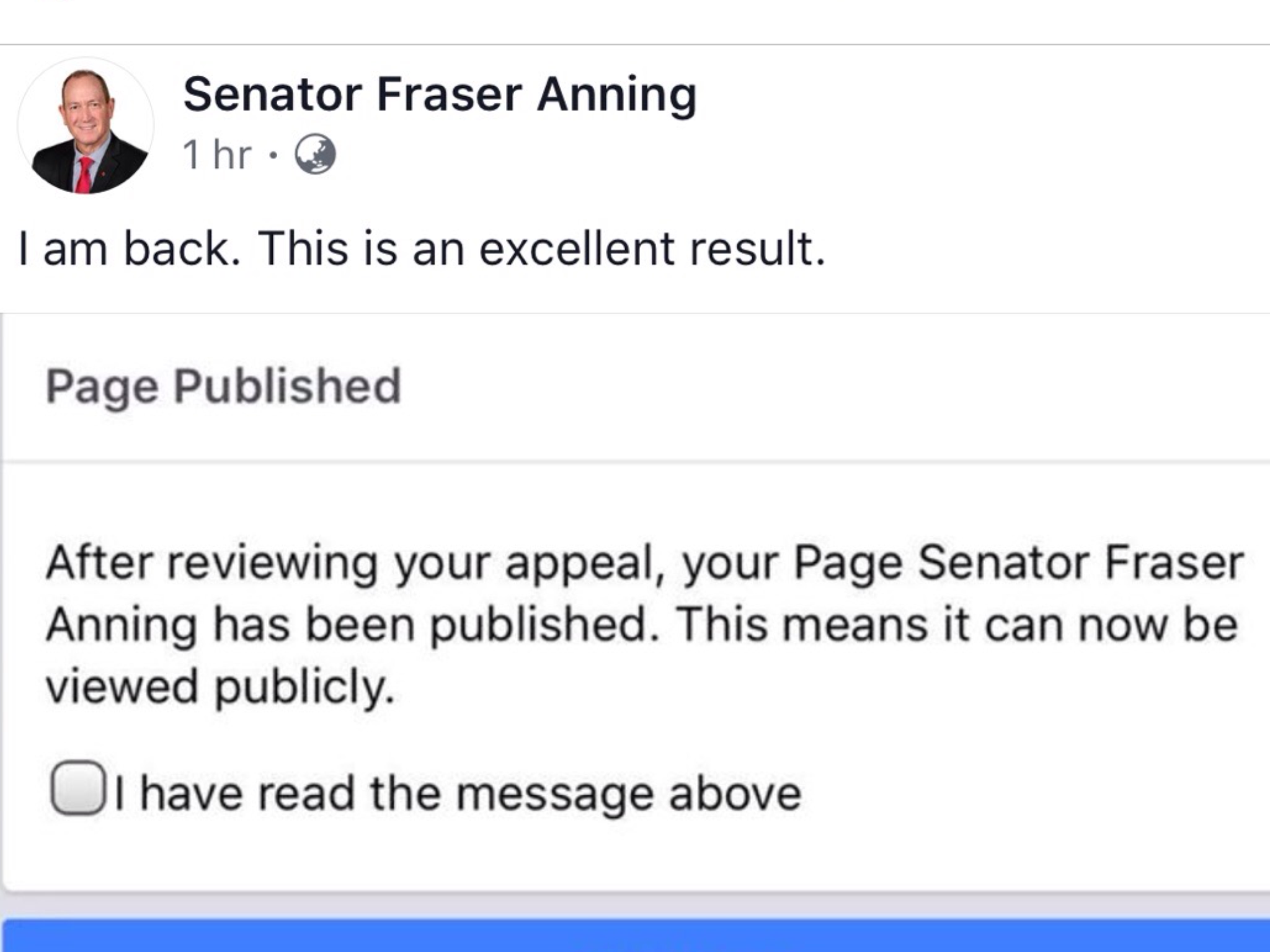 A month after removing political candidate Avi Yemini’s page from their “platform” Facebook have gone a step further and Zucked a sitting member of Parliament, the esteemed bad-boy Senator Fraser Anning.  As far as we know, this is the first time Facebook have removed the page of an elected member of parliament anywhere in the world. 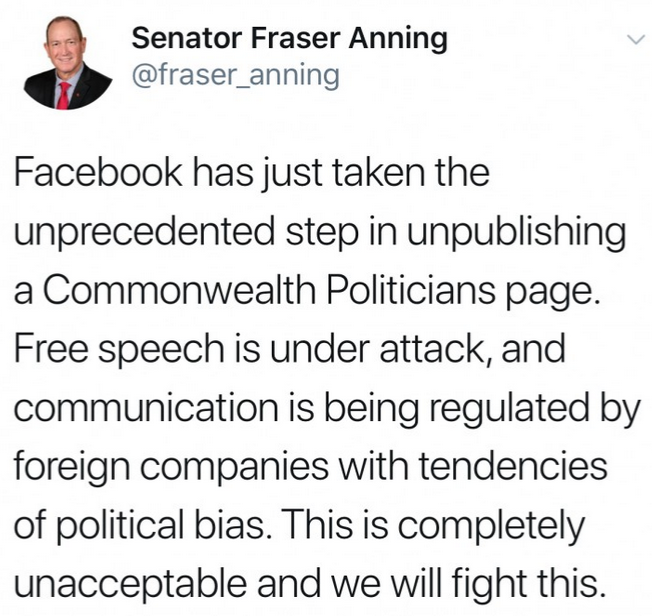 Senator Anning’s page had 40,000 followers and was reaching a million people a week.  This came shortly after he published a video where he decried the demographic replacement of Whites in our own countries. The video is still on his YouTube channel:

This is direct meddling in the Australian political process by a foreign corporation, and displays exactly why the “it’s a private company they can do what they want” argument is completely wrong. Social media platforms are the modern public square populated by not only ordinary citizens but also politicians, public servants, emergency and other taxpayer-funded services.

Offering a platform for everyone, inviting them to broadcast their thoughts and baby pictures only to remove opinions they don’t like once everyone’s locked in is fraudulent conduct. Preventing access to public services is unconscionable.

It’s also dangerous, given emergency services use these “platforms” to broadcast threats and other issues of public concern. Taxpayers have the right to all services funded by taxpayers.

If so-called “platforms” like Facebook and Twitter want to dictate what opinions are or are not acceptable they need to take full responsibility for everything posted there. Silencing conservatives, nationalists and other non-Leftists but allowing far-Left terrorist organisations, like Antifa, is an explicit endorsement of those organisations.

Facebook need to be liable for the actions of far-Left pages or stop censoring people, and that includes algorithmically.

You are either a publisher or a platform. You cannot be both.

The good news is Fraser Anning has indicated he will now attend the Free Speech rally next Saturday outside Facebook’s office in the Docklands. 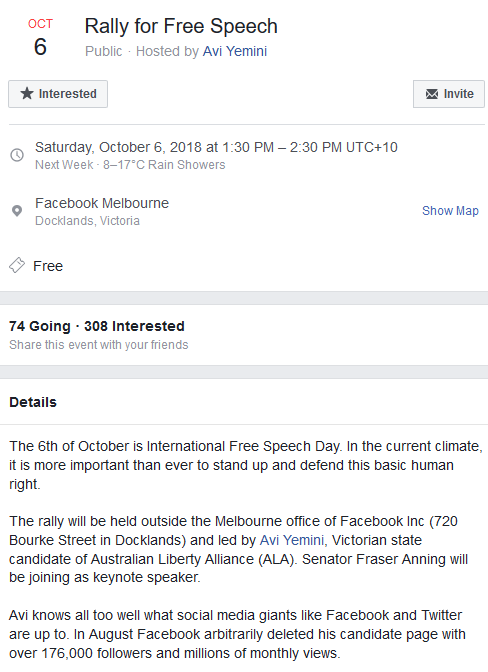 I’ll be there, and I’d like to think every Melbourner who supports freedom and our nation will be there as well.

We cannot allow corrupt foreign corporations to interfere in our election and political processes.