This livestream was recorded on Monday night, before Stefan Molyneux’s and Lauren Southern’s visas were granted, but the discussion is still very much relevant:

Following this, we dismissed any chance of success for Sarah Hanson-Young’s threatened legal action against David Leyonhjelm, delved into a number of Stefan Moyneux’s pet topics, navigated the occasional technical difficulty, and rambled on in response to viewer questions. 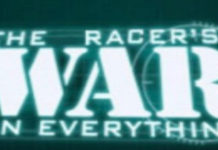