The monster who was Winnie Mandela has died. An ABC report, while acknowledging her crimes, carries the headline “Winnie Mandela was as turbulent and transformative as the times she lived in.”

Excuses, excuses. I prefer to focus on her crimes. From Lucas Rosas:

“The post-Apartheid Truth and Reconciliation Commission found that MK [“Umkhonto we Sizwe” or “Spear of the nation”] maintained clandestine prison camps both in South Africa and sympathetic neighbouring countries for any black person thought to be collaborating with the white authorities. In these camps torture and summary executions were (in the words of the commissioners) “Routine”. In the slums and shantytowns, ANC sympathisers (led by Mandela’s wife Winnie) usually didn’t bother with camps, they just “necklaced” suspected informers.”

With respect to Winnie Mandela. Rest In Peace. pic.twitter.com/w9Po5531r6

Rest in peace Mama Winnie. My heart is heavy right now. You lived a full and important life contributing to the liberation of a nation by force and ACTUAL ACTIVISM. You will never be forgotten. 👊🏾

“With our boxes of matches and necklaces we will liberate this country.”

Winnie Mandela, like her terrorist husband, was a communist. 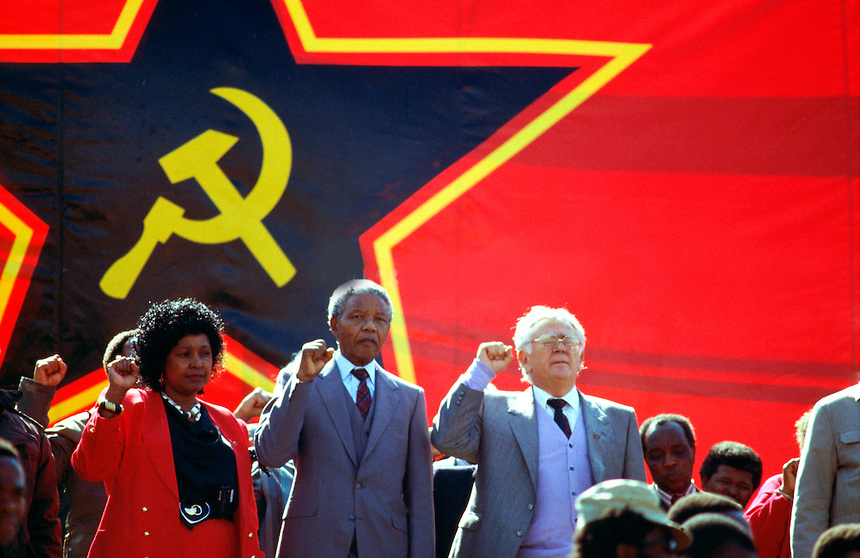