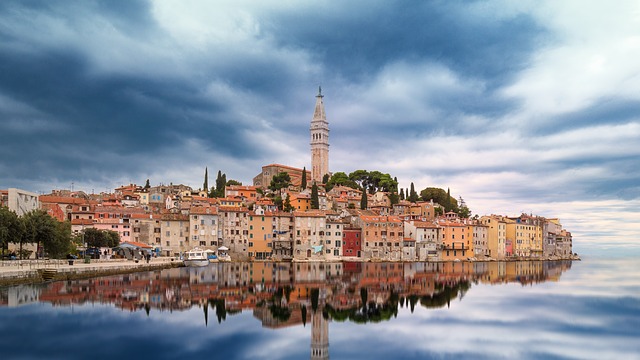 The year was 1986. Crocodile Dundee was released, the VL Commodore or XF Falcon were the chariot of choice, and Australian music was in its prime. More importantly, a full-blooded Croatian boy who’s primary name was changed a few years later, due to it being a little exotic, took his first breath in the world.

My mother arrived in Fremantle when she was around three with her parents in the mid sixties. My uncle was born there a couple of years later, the first of my ancestry to have been born in Australia. He received an Anglo name to allow for easier integration.

I’m quite envious of their childhood stories. I find them sentimental somehow as they’re tales of a simpler Australia, prior to when it lost its culture and innocence. I’m also fond of the stories of my family socializing with other Yugoslavian families. I didn’t have that opportunity to such an extent, and I fear my children will not have it at all in Australia. This is the beauty of globalization.

Someone who tells you there is no such thing as an in-group preference is either a closet racist or has no knowledge or pride in their own history. The latter usually being the worse. Western culture has become that arrogant and self important, that many Westerners now believe thousands of years of human struggle and history have no relevance.

European traits are easy to distinguish from one another. Slavs usually have larger heads and noses, Scandinavians; fairer skin, hair and often taller. British; pale skin, often ginger and the trademark (I have found) a large gap in between the nose and mouth (: Spanish and Italians; a majority have darker features. But culturally and ethnically, we are very much brothers.

From what I deemed as a fairly peaceful existence up until my mid twenties, things have spiraled out of control in the past few years. This is partly due to everyone with a smart phone having the opportunity to voice their opinion on the internet. Add feminism, mindless entertainment, degeneracy, mass immigration, flawed economic, welfare and environmental policies, and you have the Fall of Rome 2.0.

And this is the best thing for us. It separates the weak from the strong.

As I move more and more into the real world, and face real life problems as an adult, I realise that the freedom of the Western world and Australia was a lie to subvert the masses. They feed us degeneracy and entertainment, tell us to disobey authority until we have no idea who we are, and when the time comes to settle down and buy a house and get a good job, it is an unreachable goal.

I can’t deny that I have an in-group preference to my Croatian brothers. We share the same language and history. We are not in a race war though. We are in the middle of an ideological war.

Race is a product of your environmental conditions. Racial traits that help you adapt to your environment have nothing to do with your ideological views. This sums up my views in a nutshell.

I would rather save one person of a foreign race with my exact ideals than one million people of my own race with poisonous ideals. This is also why I have lost a majority of my allegiance to Australia. I believe it’s too late to salvage anything or anyone (bar a very minor percentage) worthwhile, in a land where I have no connection to historically. In my lifetime it’ll be a Chinese or Indian mining pit, and frankly its easier and more satisfying to move to my 99% Croatian demographic country where all of my forebears are buried and we’re not tainted by this bullshit here.

The reason I say this is because if a white, Christian raised man, indistinguishable from an Anglo has more allegiance to the country of his ancestry in which he has never lived in, imagine where an uneducated Somalian, Sudanese, or Middle Eastern Islamic man’s allegiances would be.