ISIS have taken full advantage of current legislation to lodge a complaint against Q&A, Tony Jones, and the 774 panelists who have at one time or another claimed that they are ‘not real Muslims’. 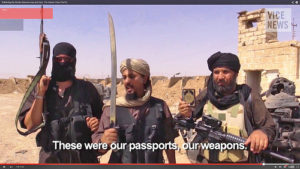 “Where do these people get off not checking their white privilege, and claiming to have a better handle on what is or isn’t Islam than those of us living it in its purest, most distilled form in Raqqa?” an unnamed source who has his Muslim credentials questioned virtually every time he tunes into Q&A by people whose preferred version and definition of Islam really doesn’t look that much like Islam.

“A communist lesbian activist who shares much of the same DNA as the Crusaders has no right to force her perspective on actual Muslims over what Islam is or isn’t,” our source continued. “Nor do the other 773 cultural appropriators we have identified from their panel. Do my brothers and I go around saying that Tony Jones isn’t a real communist because he earns $355,789 a year? I think not. It just isn’t appropriate. We have realised that suppression of free speech is a more effective terrorism tactic than downing buildings or planes, and our targeting of Q&A will be bigger than 9/11, God Willing!”

We approached Tony Jones for comment, but he declined. His publicist stated that this is by no means an admission of guilt; Tony never comments on anything unless he is surrounded by a panel of sycophants, and is on the clock of the long-suffering Australian taxpayer.