Once more, state government proves they don’t care about safety or efficiency, just your wallet.

There is something about Victoria that, when driving, you can just tell you’re in this state. I don’t mean by the welcome sign that was put up over fifty years ago, faded and covered in bird droppings. It is the overuse of street signs and “mothering” of all road users.

Recently I drove back from SA at night, and it was a very dark and comfortable drive. Then I crossed the border. My vision was assaulted by the reflection of my HIDs into the ridiculous amount of signage, all with different commands and constant repetition. Furthermore, my trip became much longer, as the speed was dropped and constantly falling. 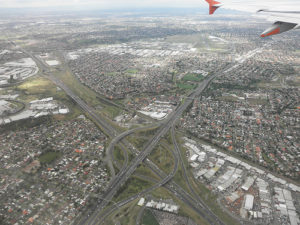 I bring this story up as it is relevant to the issue for today. Recently, over a thousand road users were all stung with loss of license and fines for speeding on the Western Ring Road. If the statement is left there you would just assume that it was a speeding sting operation. Sadly not. Due to over-signage and inconsistent speed limitations on the highway, drivers were fined doing up to 40kmph over the speed limit. One sign said 80 on one side of the road, another said 40 on the other.

The time for appeals has passed and the state government has said that (and I paraphrase) the fines still stand because drivers should know better – proving that the financial year is coming to an end and they realised they have over-extended themselves, using your money to close the distance. They have since removed the fixed speed signs in this area, which have been replaced with temporary digital signs.

Anyone who uses the highways as much as I do during a working week knows how insane the speed limit changes have become. I haven’t gone a day this year with a clear run to work or home, and this is at differing times during the day and night. I have experienced an area that has a 100 kmph sign on the median strip and a 40 sign on the left side of the road, and there’s no work at all! No vehicles, no workers, no hats, no barriers – literally nothing else but a sign. This isn’t a once-off incident, either.

These fines have been a warning to me that I should just drive unsafely and slowly, blocking all traffic behind me! I should focus only on the speedo of my car, because I sure as hell can’t afford the fine and loss of license if this is going to be commonplace on our roads.

I have said in previous articles on the matter that roadwork speeds are not actually safe when they don’t support common sense. If a lane or two is closed, 80km in a 100 area is perfectly acceptable. 80km on a road where works don’t close off any lanes, at night, when no-one is working, is training drivers to not respect those limits when they are justified, making the roads more unsafe.

Here is what I recommend to all those who have been fined due to the mismanagement of signage on the Western Ring Road. Contest it, get rejected, and contest it again – and keep contesting it until they either drop it or take you to court. In court you have more chance of winning, due to the mistake made by those responsible for the signs, and therefore more chance to make the fine invalid. Also, just to shove it up the Andrews mob, they would have lost more from proceedings than they would have gained from the fines.

Roads in Victoria are getting more and more unsafe, due to over-regulation, among other things. I implore those in power to really take a commonsense approach to road speed limits, both in regards to roadworks and on open road – but I won’t hold my breath.