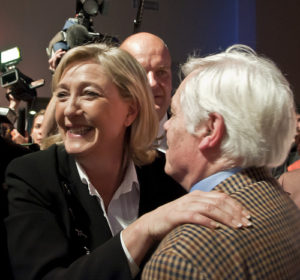 At time of writing, the French presidential elections were about to begin, which means that at time of reading everything is likely to be all over bar the rioting.

Well of course. A French philosopher, Michel Onfray, openly stated last week in a Swiss newspaper that there would be people who will ‘angrily march in the streets’ and ‘an insurrection’.

Several things to be openly mocked here, prime of which is the simple fact that Michel is a philosopher. Even Douglas Adams mocked philosophers and he worked for the BBC.

More importantly, we have the open claim, or, well, threat that if democracy is allowed to act in a way that the socialist left disagree with then there will be violence. Think about that at the most basic level. They people are allowed to vote all that they want, but if they get the result wrong, there will be trouble. Now no one really likes trouble but one cannot help but think that everything could be easily avoided if the socialist product was actually attractive enough for the majority of the public to vote for in the first place.

Are we spotting a theme here? More examples needed? How about the Pussy Hat movement after Trump? Or the demand for a new vote after Brexit? Or closer to home the hissy fitting that erupted after Tony Abbott declared that same sex marriage was to be put to a plebiscite.

The theme? The more left the idea the more the voting public are going to reject it. Socialism doesn’t just fail because it is a fatally flawed and oppressive concept, it fails because when given the choice the people don’t want it. Go ahead, name one socialist state that came into being because a free voting people actually selected it. You may find examples where an oppressed population are looking to overthrow an existing ruler, (Tsar Nicholas II? Looking at you here) but you are not going to find an example where a free and democratic process votes themselves out of existence.

And the Socialist Left know it.

Socialism is a construct that puts its followers in charge. True they will, possibly, be nice and fair to everyone else once they are in charge but come the introduction of a Worker’s Paradise you are going to be very hard pressed to find any of the glorious organisers proudly clocking on each morning for their shift in the factory.

Socialists want you to support their rise to power, and if you don’t offer to help they will now openly threaten to punch your face in.

Dwell on that, comrades. 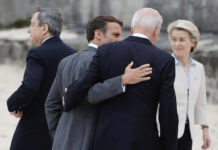