Much has been said about Western values in the wake of 457 reforms proposed by the Turnbull Government. As always, satirists are giving their take on Australian values, which are essentially interchangeable with Western values in this context. Just a couple of typical satirical takes on the call for new migrants to adopt Australian or Western values can be found here and here.

As is so often the case with more progressive leaning satire, it is reliant upon a lot of omission. The narrative of these and similar progressive satirical pieces relies upon the notion that Western values and the West in general lacks any kind of cultural significance. One may be inclined to agree if they took this narrative at face value without any scrutiny. It would make a compelling and watertight case. 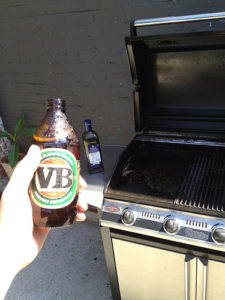 These satirical articles portray a scenario in which highly a highly cultured gentleman who speaks three languages and is at one with both nature, and humanity in his native home of Singapore is whisked away to a horrible outback wasteland where he is forced to put on a Bintang singlet, chug a VB, and get a Southern Cross tattoo.

Minor aesthetics (some might say low rent, some not) are ridiculously interpreted as Australian or Western values. By the rationale of these satirists, are we to assume that:

A beret is a French value.

Green tea is a Chinese value.

A facial tattoo is a Maori value.

No. These things are cultural artefacts. They are vastly different from values. Values are essentially a moral compass. Not an inanimate object, food, or tattoos. Good satire is reliant on pointing out the folly or absurdity of fact. When satire falls into the trap of neglecting this, it simply becomes more fake news. The only problem sticking to the facts on the subject of new Australians adopting Western values is that it becomes really awkward for those peddling an anti-Western agenda.

Here’s how the bones of such a story might look if the likes of The Shovel were to honestly broach the subject. The actual facts would read more like ‘new migrants must realise that FGM is unacceptable in Australia’ or ‘new migrants must be more tolerant of other communities in Australia who share different views or lifestyle choices’. The factual meat of the story makes it nigh on impossible to frame those who merely request that new migrants integrate as racists and bigots, so the satirists default to falsely presenting (what they view as unsavoury) cultural artefacts as values.

It’s become a regular trope of the left. The burkha has somehow become a feminist symbol when it is essentially an ultra-conservative religious artifact. Oddly enough, the head scarves worn by the sister wives of the Brethren are not a feminist symbol even though much like Islamic women, some of them are not being forced to wear them. The disclaimer regarding the burka is that some women are empowered because they choose to wear it. Some women also choose to become sex workers, are independent, and wisely investing their earnings so that they can retire at forty. But I challenge any academic to publicly defend the world’s oldest profession as empowering or as being symbolic of feminism, or to similarly discount the oppression of the majority of sex workers using the same logic and still keep his job.

This is the kind of post-truth world these people live in. A piece of ultra-conservative religious attire somehow equates to women’s rights, and a Bintang singlet somehow equates to societal values. When academia and media delve into post-truth it’s sinister enough. When satirists who are supposed to be the last line of defence against propaganda in all its forms dabbles in it, it’s very disturbing indeed.