Yet again, another terrorist attack has been carried out by a socially isolated, ‘lone wolf’ who has nothing to do with Islam. Just another random attack carried out by a mentally disturbed man; himself a ‘victim’ leaving our media and leaders scratching their heads wondering what could possibly motivate such a heinous attack.

I’ll let you in on a secret. What motivates them is their hatred of the West and everything it stands for. 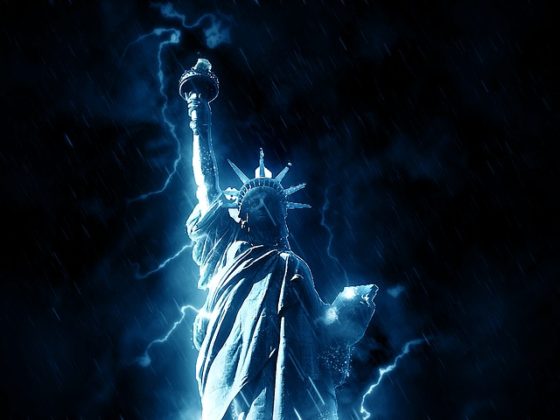 in Nice, France, was no coincidence. Neither was it simply an opportunistic attack on a large gathering of people. Terrorists target and seek to destroy the symbols and values of the West as much as they lust for the blood of dead bodies.

Going back to September 11, 2001, terrorists targeted New York’s World Trade Center buildings, not only because of the potential for thousands of fatalities, but because the buildings represented the economic success, indeed the economic superiority of Western Civilisation. Such attacks on commerce have a long history in Islam, going back as far as the early expansionist efforts of Mohammed and his band of followers as they focused their attacks on trade caravans of non-Islamic tribes. As the Mohammedan ideologues found: collapse the economy of a people, and the collapse of its culture and community will not be too far behind.

More recently, the Charlie Hebdo shooting in Paris on 7 January 2015 was directed at the Western values of freedom of speech and our tolerance of diverse and dissenting opinion – values that are abhorred by those who feel they are entitled to bring the world under the submission of their ideology.

And Thursday’s terrorist carnage in Nice, on France’s national Bastille Day was directed at the heart of the values that underpin the modern West: Freedom, liberty and democracy.

Each of these attacks were carried out, not by individuals who feel alienated, or unlucky and unfortunate ‘have nots’ in the otherwise-prosperous West. Many are well educated, wealthy, and/or the beneficiaries of generous Western education and social welfare. In fact, these attacks are commonly carried out by individuals who have benefited considerably from, and often grown up in, Western countries. Yet despite exposure to Western freedoms and values, they seek to destroy them.

These facts cannot be stated too severely: –