I have a habit of checking my bank account at least 4 times every hour. I was told I should do something about this, because it wasn’t normal. Problem is, there seemed to be a miscommunication at the bank when I finally took the advice of my friends – they thought I was trying to rob them. I had a terrible time trying to explain to the police that I was not trying to take money that was not mine – I simply could not understand why there weren’t millions of dollars in my bank account. 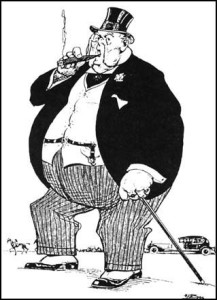 You see, I identify as white, as cis-gendered male, heteronormative, and I come from a fairly normal middle class, private school background. What I can’t understand is why I am not rich.

Every source of information I have about the world tells me that by self-identifying by the qualities just mentioned, and being the beneficiary of privilege via my accident of birth, I should be rich.

But I am not. This does not make sense.

I condescend to the occasional conversation with a fellow of a darker skinned race to mine, who came from a poorer neighbourhood, and, one could generally say, is cursed with an intersection of self-reinforcing exclusions. The conversation did not end well. I was explaining to him my confusion regarding my inexplicably low bank account, but I was startled to learn that his bank account actually had money in it. Quite a lot of money.

When I enquired as to whether there must be some mistake – perhaps I wrongly identify as myself, when really I should identify as my acquaintance, and visa versa – he actually tried to tell me that he had more money in his account because he had worked hard for it, saved it, and invested it, while I had not.

Well I can tell you, I gave the man a good tongue-lashing, did I what. I informed him that he was exhibiting classic intersectional-unconsciousness, and reinforcing the patriarchal-imperialist structures which keep him enslaved.

He used a word that I cannot repeat here, in conjunction with the word “idiot” and directed the slur at myself.

We both got quite angry and parted ways, but in hindsight, I can’t help but think that I was partly responsible for his use of such course language. In my time at university, the dispatching of the incisive, efficient argument which I had made would usually result in the immediate submission of the offending party. But the other day, I don’t think my heart was really in it.

You see, since leaving university, the reality of life which I face constantly contradicts the knowledge acquired in my studies. I regularly have to fight back the thought in my own mind that perhaps the theories I was taught are somehow incomplete, and assure myself that I am, in fact, mad.

I have decided I need to reinvestigate the source texts, to settle my problematic perplexion. I will start with Marx.

Right after I finish all seven seasons of Buffy the Vampire Slayer.