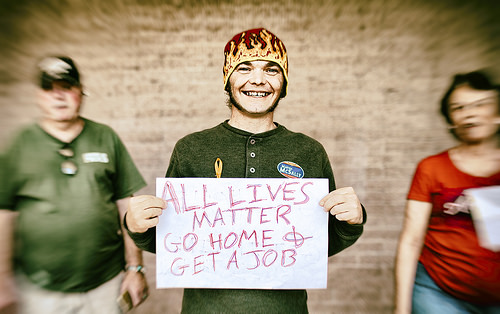 For the left, every argument is a moral one; a feeling-based argument from their heart, what they believe is fair and just. Conservatives need to change the way they deal with the emotional left; they need to stop tolerating being called a “racist, sexist, bigot, and homophobe”. It’s time to change the way we interact; we need to be more aggressive, turn the tables around and frame the argument in the way you want to, and use the left’s flawed morality against them. Below are some controversial topics, with tips on how to argue a conservative side in a moral/leftist way:

You’re no longer an unsympathetic Islamophobe if you oppose unrestricted mass immigration from the Middle East.  Instead; those who are proponents of it are so morally bankrupt, they would like to see their own country’s demographic overwhelmed by people who have no grasp of freedom, liberty, individual rights and equality. They would prefer females in their own countries to face heightened risk of rape over being labelled a xenophobe. After this moral titbit, it is favourable to cite facts about said refugees and their practices, such as the Cologne rapes.

You’re not some classist, wealthy, proletariat-hating scumbag if you oppose socialism.  Rather, the left are so economically blind and morally corrupt that they wish to instate a philosophy so evil that it breaks three of the Ten Commandments: Socialism turns government into God, it steals from you and it heightens jealousy.  If individuals are wealthy, they must have done something bad to obtain it, and one must lust after their money.

Instead of you being a warmongering, Zionist zealot, the left are so anti-Semitic, they are willing to scrutinise the only democracy and free state in the whole of the Middle East, in a way they will not for even the Islamic State. The left will call the most diverse country in the whole of Arabia an “apartheid state” but will not decry Iran for routinely executing homosexuals.

You are not a racist redneck for not crying “Black Lives Matters” at the top of your lungs.  In contrast, the left are so morally absent they will demonise the entire American police force over a handful of questionable shootings, and as a consequence let black teens kill each other to the tune of one every 14 hours in Chicago.

Hopefully these tips will help you in combatting the evil left.