That might not really match reality, but by god that will teach people for voting. Or at least, for voting against the social media orthodoxy. Naturally, it sounds closer to the Venezuela socialist dystopia.

So, let us investigate the facts. Did the markets and the British pound take a hit? Absolutely. Did they recover from the headline-making intra-day depths? Yes they did.

Why did this happen? Well, markets price in the predicted outcome of events in advance. Unfortunately, markets also got it wrong and priced in a Remain win. Therefore, there was a rapid and hasty closing out and reversing of positions, as the markets adjusted to their incorrect assessment, exacerbated by the honorable resignation of the Prime Minister.

Moving forward, is it Armageddon? It’s hard to say, but the sun is shining and Wimbledon is about to kick off.

In all seriousness, the Armageddon was a bit of a storm in a teacup. A sober analysis reveals the market and the British Pound rose in the days leading to the referendum, pricing in a Remain victory. When the news broke, the market readjusted, as did the Pound. 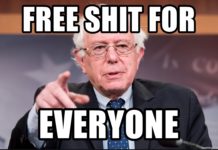